by Peter Ray Allison on 30/09/2015
Details
PublishersFiction
By

A fun supernatural-detective-horror novel that used the casebook format to present a series of inter-connected stories in a fresh and way.

Sometimes the stories/cases concluded whilst leaving some plot threads unresolved. Hopefully, these will be picked up in the next collection.

The Casebook of Sam Spallucci is a fascinating read and one I would highly recommend for those who enjoy supernatural-detective genre or live in Lancaster, more so if they do both.

This first casebook is an interesting offering from the Lancastrian author A.S. Chambers . Rather than a traditional novel, The Casebook of Sam Spallucci is more a series of inter-connected short-stories, something that we see far too few instances of, and the deliberately experimental nature of this book is to be praised.

The overall story is an interesting experiment. What if Dashiell Hammett’s classic Sam Spade series was based in Lancaster rather than New York, and was more of a supernatural investigator rather than a traditional private eye?

The stories grow in length, as well as in depth, and are all suitably different so that they never feel repetitive. In his cases, Sam encounters vampires, werewolves, and many other overtly supernatural entities.

Locating Sam Spallucci in Lancaster (referencing many real-world locations) was wise choice by Chambers, as it grounds the story in the reality of this world. Thus, when Spallucci stumbles upon the various supernatural going on, they are far more disturbing than other novels that are set in generic locations.

Thankfully, Sam Spallucci has a lighter-touch than the noir overtones of Humphrey Bogart’s portrayal of Sam Spade. This lightness is well used to contrast the moments of horror with the sense of fun that permeates the character of Sam Spalluci. Unlike some characters that seemingly lament their existence, Sam is one that has a sense of fun about the character and the reader can appreciate why he has the friends that he does.

A.S. Chambers takes time to flesh out the character of Sam Spallucci, and as the narrative is viewed from Sam’s perspective, we gain a greater understanding of his world, by exploring the supernatural underbelly of Chambers’ Lancaster.

If I do have one criticism of The Casebook of Sam Spallucci is that the supernatural other-worldliness is rarely doubted, thus we never explore doubt or explore other possibilities. Similarly, there are monstrous human elements (no spoilers), the consequences of which are not fully explored. 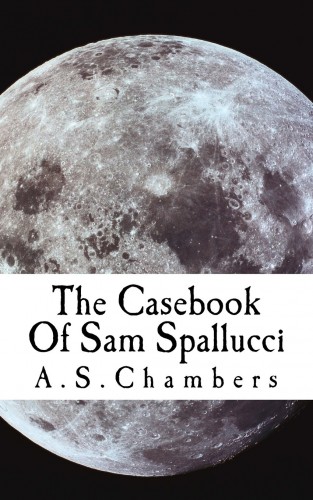 Science Fiction: the final frontier. These are the articles of the freelance journalist Peter Ray Allison. His continuing mission: to explore strange new realms of fiction, to seek out new genres and new visions of the future, to boldly geek where no one has geeked before.
More Goodness
A.S. Chambersdetectivehorror