We’re back to normal this week with an especially sweary edition of the GP Comic Blog. Enjoy! 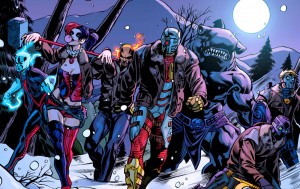 BF: My shocking discovery this week has been SUICIDE SQUAD, thanks equally to some of you guys for recommending it and also to Comixology for doing a 69p/issue sale! It. Is. Amay-may. Absolutely loving all of it in a completely retro “team comic” kind of way which I thought I’d grown out of. 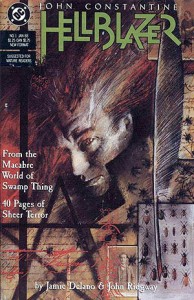 CT: 3 things for me. Number one was the superb Hellblazer Volume 1. Similar to your investigation of Suicide Squad I got it largely off the back of its discussion here. So ’80s, so good. 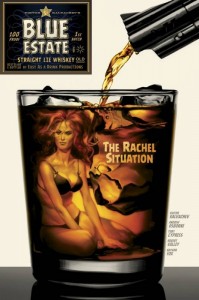 CT: Second was Blue Estate which was weird and kind of good and I basically got it cos they’re making a PS4 game out of it that I saw a trailer for. It’s kinda fun but the art is odd.

AH: I think I gave you like 5000 words last time so I shall just say Brian Keene’s The Last Zombie from Antarctic Press, one of the best horror comics I’ve read, far better than The Walking Dead. I went there.
CT: That has got to be some damn fine comic to lay down challenge to TWD
AH: Here’s my analysis, also check out my website if you haven’t already. 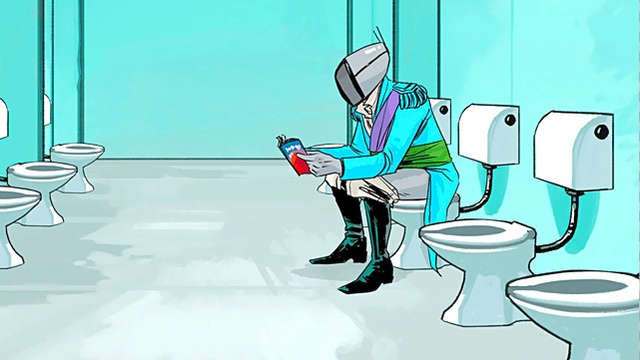 MO: Mother.Fucking.Saga. Don’t fucking question me , you need it in your lives. THE best Image comic of the last 5 years. Also had a lovely romp through Cy Dethan’s Harlan Falk . It’s ace and the only reason you shouldn’t read it is if you don’t like thinking about things .
CT: I’ve been meaning to get saga for freaking ages now, it’s just been sitting in my Amazon wishlight.
CT: And sometimes even in my Amazon wishlist
AH: I picked up volumes 1 to 3 a bit ago. I think saying Saga is great is a bit like saying the Sun is a bit hot, it seems redundant so I’ve never mentioned it.
BH: I motherfucking love Saga, I’ve read over and over again and it still fascinates me.
AH: Everyone’s swearing, potty mouth is contagious apparently.

AH: I think the new Vampirella is worthy of praise too, Nancy A Collins is writing it and it’s rather good and by that I mean it’s got a great pulpy horror vibe to it which is exactly what it should be like. A modern take on the original if you will which is rather fitting since it’s the characters 45th anniversary I believe. 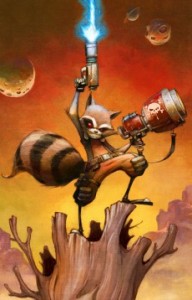 LMS: Oh and on the topic of “shit we read this week”, the multiple Guardians of the Galaxy comics, despite being a shameless cash-in on the much-behyped movie, are actually pretty good. Galaxy’s Most Wanted, Rocket Raccoon and Legendary Star-Lord are the new titles, in addition to the obvious Guardians of the Galaxy.
BF: I read the shameless cash-ins, well two of them – couldn’t bring myself to purchase two Rocket Raccoon spin-offs in one week so went with the Skottie Young one because his art is sex. It was ok, preferred the Sam Humphries-penned Star Lord. Definitely a cut above the usual blood-from-a-stone material we usually get this close to a big release.

LMS: Also, I just read a new Image offering called Wildfire, which takes a look at the implications -both good and bad- of GM crops. Given that this is something I have never given even a micro-shit about (except that now I can one day retire to a turducken farm, yay) I found it genuinely interesting and really learned some stuff. So, yeah.
BF: Turducken is the most poorly-named food ever devised. Might as well call them shitbirds 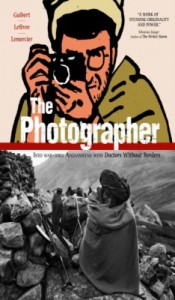 AH: On the earlier point I should also mention The Photographer by Emmanuel Guibert, Didier Lefvre and Frederic Lemercier which is just stunning both on a techical level on a narrative/ visual level. It should be in schools. Kids would learn a lot about war, more than reading biased texts. Also Asterios Polyp by David Mazzucchelli for its approach towards narrative dichotomy reflecting the warring state of emotions. 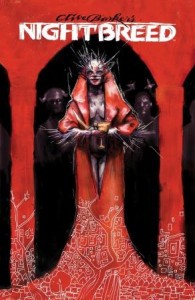 AH: The Nightbreed comics from Boom! are really rather good and definitely supports the idea of a mooted TV series. It’s especially good for fans who can remember seeing the film, albeit in its butchered state, as Shuna, Peloquin and Lylesburg all feature and the way the narrative structure works in the latest issue is really well done and also really re-enforces the idea that the Nightbreed aren’t the monsters in the story. Which is what baffled the studio when the film was released hence them cutting it to pieces. 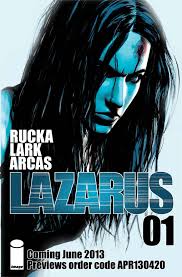 AH: Greg Rucka’s Lazarus continues to be one of the best dystopian tales and I’ll be surprised if there aren’t a few Forever Carlyle’s popping up at cons as the character is so well done and comics needs well written multi-layered female characters, I avoid the use of the term “strong female character” because it’s awful, you don’t have strong male characters.

Trapped in the past, Ben Fee finds himself leaping from life to life, putting things right that once went wrong, and hoping each time that his next leap will be the leap home..........
More Goodness
blogcomics