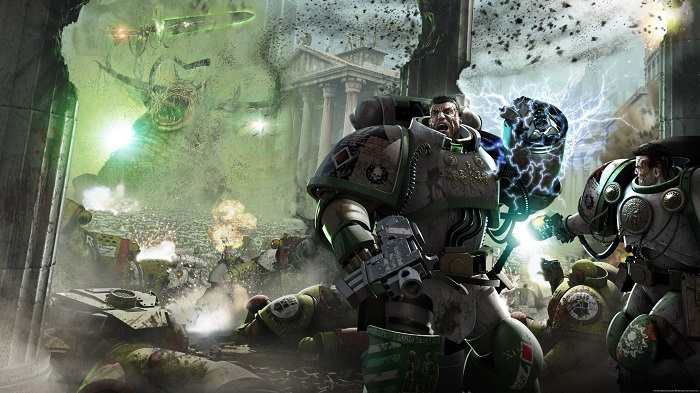 The Horus Heresy, the long running book series from the Black Library which started in April 2006 with Dan Abnett’s Horus Rising, is coming to an end.

The final book of The Horus Heresy will be The Buried Dagger and will be published in 2019. The best selling series of books which tells the story of the galaxy-spanning civil war occurring 10,000 years before the main setting of the table top game Warhammer 40,000 will have featured over 50 books by the time it ends (along with numerous audio dramas and other things). Back through the mists of time we featured this article on the series.

Whilst it’s easy to cynically sneer at the undeniable cash cow that the Horus Heresy has become for the Black Library (and Games Workshop) and the series is undeniably variable in its quality due to behind the scenes drama impacting things, it’s still worth noting how much of an achievement the series has become as a whole.

The Buried Dagger will be written by James Swallow and will feature Battle-Captain Nathaniel Garro, the stalwart straight arrow of the Death Guard who first appeared in Swallow’s Flight of the Eisenstein, book number 4 in the series.

But as the Horus Heresy ends a new story begins with Games Workshop announcing The Siege of Terra, a new book series that will the tale of the bitter conflict on Holy Terra itself.