previous
Game of Thrones: The Winds of Winter is coming...just not yet
random
next
DC Comics Push the Button Again
Books and Comics
1 like

by Peter Ray Allison on 22/01/2016
Details
PublishersFiction
By

A brilliant series that combines the underlying dread of Cold War spy-thrillers with the writings of H.P. Lovecraft, with a liberal dashing of geek humour for good measure.

Currently due for book six this year, the Laundry Files can be intimidating for casual readers.

The Laundry Files are a fantastic series of sci-fi novels about IT-nerdery, British bureaucracy and Lovecraftian horror. Those who have worked within the public sector will understand all too well how these elements can come together. 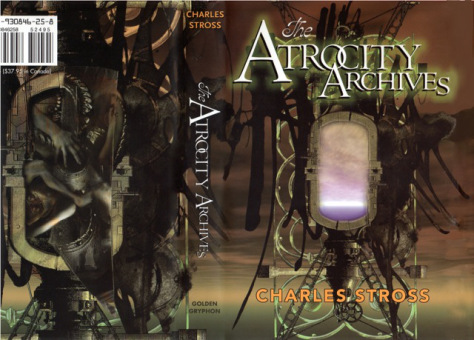 Science Fiction: the final frontier. These are the articles of the freelance journalist Peter Ray Allison. His continuing mission: to explore strange new realms of fiction, to seek out new genres and new visions of the future, to boldly geek where no one has geeked before.
More Goodness
BookGeekhorror