In an ”unexpected” twist of events, George R.R. Martin, the mastermind behind A Song of Ice and Fire – the book series that inspired HBO’s Game of Thrones – has failed to meet the deadline for presenting the manuscript for the last book in the series to his publishers. For those not knowing, the date had been set for the 31st of December of 2015, but it has come and passed with nothing to show for from the author. So for now, The Winds of Winter is in the air, given that according to the writer there are hundreds of pages written, but there are still hundreds to go. 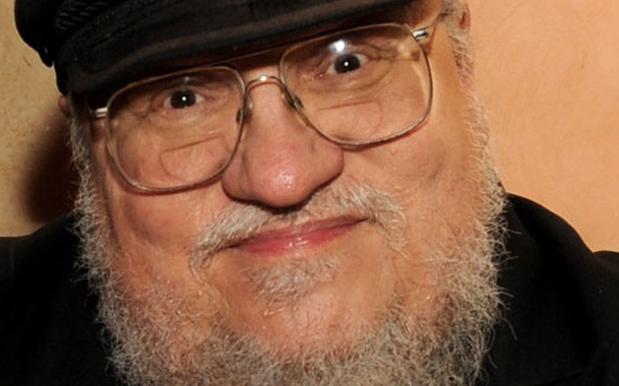 George R.R. Martin posted the news on his blog NOT A BLOG. Stating amongst other things…

…Here it is, the first of January. The book is not done, not delivered. No words can change that. I tried, I promise you. I failed. I blew the Halloween deadline, and I’ve now blown the end of the year deadline. And that almost certainly means that no, THE WINDS OF WINTER will not be published before the sixth season of GAME OF THRONES premieres in April (mid April, we are now told, not early April, but those two weeks will not save me). Even as late as my birthday and our big Emmy win, I still thought I could do it… but the days and weeks flew by faster than the pile of pages grew, and (as I often do) I grew unhappy with some of the choices I’d made and began to revise… and suddenly it was October, and then November… and as the suspicion grew that I would not make it after all, a gloom set in, and I found myself struggling even more. The fewer the days, the greater the stress, and the slower the pace of my writing became…

…But I won’t make excuses. There are no excuses. No one else is to blame. Not my editors and publishers, not HBO, not David & Dan. It’s on me. I tried, and I am still trying. I worked on the book a couple of days ago, revising a Theon chapter and adding some new material, and I will writing on it again tomorrow. But no, I can’t tell you when it will be done, or when it will be published. Best guess, based on our previous conversations, is that Bantam (and presumably my British publisher as well) can have the hardcover out within three months of delivery, if their schedules permit. But when delivery will be, I can’t say. I am not going to set another deadline for myself to trip over. The deadlines just stress me out…

Check out in website for the full statement. NOT A BLOG

Greatness takes time, of course, and it also requires a lot more than simply tying up loose ends – and boy are there a lot of those! – but for the fans the news comes as a big disappointment. I am sure in no small amount because now they can’t go to those that solely watch the TV show and boast their superior knowledge. On a more serious note, the disappointment might stem from the fact that these are people that have waited for decades for a resolution to the gargantuan work of R.R. Martin, only to be told it won’t happen yet. Judging by the support George R.R. Martin has received on twitter and livejournal, he might have yet to be met with pitchforks and torches on his front lawn.

The bright side? When it comes out, after the promised re-writes meant to make it better, it might be mind blowing. The down side? It might not. I guess time will tell. I doubt interest in the book will diminish if fans have access to the TV show first, given how the HBO team did stray quite a bit from the books and people tend to hold their loyalties to one or the other, regardless of the existence of another medium for the same story.

Finger crossed for the next deadline to be met and for the book to come out before the end of 2016. If not, I am sure HBO will make sure we get our fix of the characters we’ve come to love and hate.

What's there to say about me? I love the sci-fi and fantasy genre when I read, but I am in no way limited to that alone. I do think Frank Herbert deserves a statue for his writing(if there is one, point me in that direction, please). I enjoy writing quite a lot, but I am also kinda lazy. If you want to make me happy give me books or Doctor Who collectibles. Or a real TARDIS, in which case I will love you forever.
More Goodness
booksfictionGame of thrones