If you enjoyed the films, you're likely to enjoy this. It does what it says on the box. Clean artwork, a little action, soldiers and aliens - It'll sell well enough to make Titan's work worthwhile! 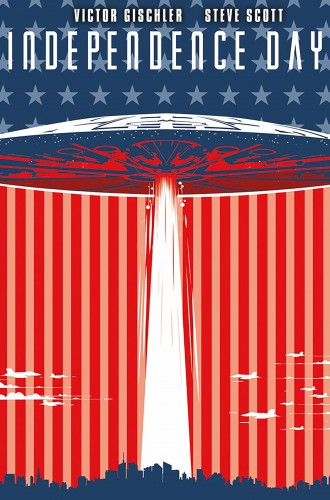 It’s almost summer, so it must be time for the next Blockbuster Sequel™! Hope you’re ready for more aliens than you can shake a cigar at. This issue is a nice, low key start, with a familiar face, some action and a cliff-hanger.

Set after the end of the first film, it deals with the investigation of a mysterious alien ship that escaped the destruction dealt out by the plucky human fighter pilots by virtue of having crashed underwater.  Titan have done a creditable job, with clean art and respectable colouring – Nothing to write home about, but it doesn’t stop you wanting to read. 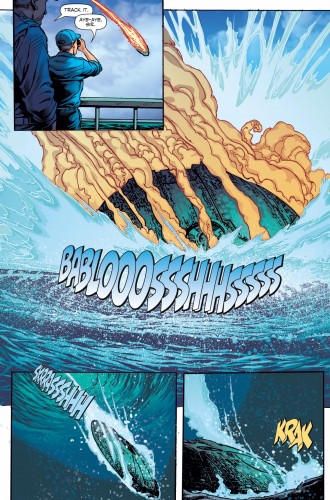 We follow the team assigned to investigate aboard a ballistic missile submarine – So there’s a little interpersonal conflict, some adrenaline and the realisation that the characterisation is about as strong as the original film – So don’t expect too much, it’s popcorn fare.

There’s some nice artwork on the covers, including variants, and a nice layout tracing the alien invasion and associated stories from tie in novels, etc, through to the new film. It’s a ‘nice to have’ for completists, and adds to the experience if you’re worried about that sort of thing. 32 pages gives you just enough time to get into the story – but not too much detail. I suspect Titan will do pretty well on the sales by virtue of the license. It’s not an awful read, and I’ll be interested to see where they take this next – 4 more to go!!

I'm just this geek, you know? Love comics, though not a regular reader - Love gaming, PC, board games and wargaming, and reading Sci Fi. Chairman at my local wargaming club, I play X-Wing and occasionally 40k (But mostly X-Wing!) By day I work in eCommerce, by night I'm either still working, reading, watching or writing :)
More Goodness
comicsIndependence Dayreview