A frantic, action-filled romp with dashes of politics, intrigue and betrayal, I'm looking forward to more answers, but fear that they will only beget more questions. I have a feeling I will be reading Kate Elliot's work for a while yet. 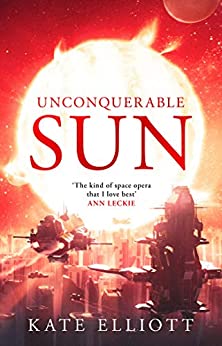 I'm just this geek, you know? Love comics, though not a regular reader - Love gaming, PC, board games and wargaming, and reading Sci Fi. Chairman at my local wargaming club, I play X-Wing and occasionally 40k (But mostly X-Wing!) By day I work in eCommerce, by night I'm either still working, reading, watching or writing :)
More Goodness
part 1