previous
Dark Ink by Gary Kemble
random
next
Vampire: The Masquerade - Walk Among Us
Books and Comics
0 likes

The subtle horror and infernal politics of the World of Darkness are going to be shown in a new light with Vampire: The Masquerade – Walk Among Us from HarperCollins.  This collection of horror novellas will spotlight the terror, hunger and power of the vampires known as Kindred, as they’ve never been seen before.

This collection includes three distinct stories. The first is “A Sheep Among Wolves” by Genevieve Gornichec.  This is followed by “Fine Print”, by Cassandra Khaw.  Finally, there is “Land of Milk and Honey” by Caitlin Starling.  Each story examines a different aspect of the vampiric life of a Kindred, but all centre on their unceasing hunger.

In “A Sheep Among Wolves”, depression and radicalisation combine as a young woman finds companionship in the darkness.  With “Fine Print”, an arrogant tech entrepreneur learns the importance of reading the fine print in a contract for immortality.  Finally, in “Land of Milk and Honey”, ideals and ethics contrast with appetite on a blood farm.

Cassandra Khaw is a scriptwriter at Ubisoft Montreal. Her fiction has been nominated for the Locus Award and the British Fantasy Award, and her game writing has won a German Game Award. Khaw’s short stories can be found in F&SF and Lightspeed magazines.  Her novella Nothing But Blackened Teeth is released next year.

Caitlin Starling’s first novel The Luminous Dead has recently been released.  Next year will see the release of Yellow Jessamine and The Death of Jane Lawrence.  Genevieve Gornichec’s debut novel, The Witch’s Heart, will be released in early 2021.

These stories are being narrated by Erika Ishii (LA By Night, Neil Kaplan (the voice of Optimus Prime in Transformers: Robots in Disguise) and Xe Sands, who has narrated over 350 audiobooks and audio series.

In other World of Darkness news; there is also going to be a Vampire: The Masquerade comic book series from Vault Comics.  Written by Tim Seeley, Tini Howard and Blake Howard, with art by Devmalya Pramanik, the first issue is expected to be released in July.

The story will focus on two different worlds: a courier for the Camarilla in Minneapolis and a murder investigation amongst the Anarch Movement, with a powerful secret underpinning vampiric society linking the two. 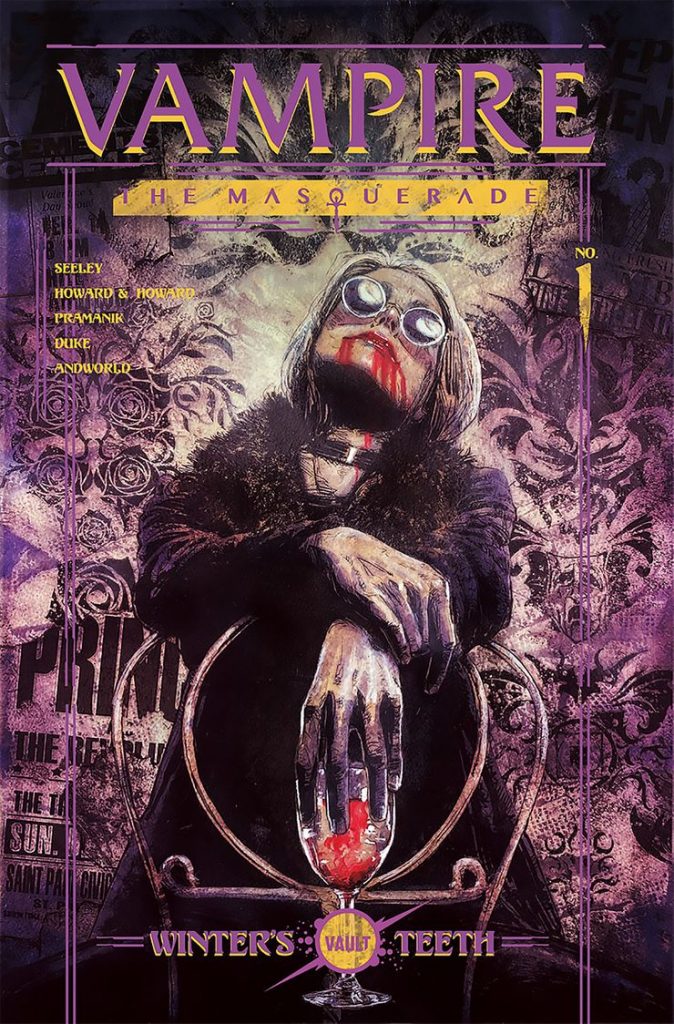 Science Fiction: the final frontier. These are the articles of the freelance journalist Peter Ray Allison. His continuing mission: to explore strange new realms of fiction, to seek out new genres and new visions of the future, to boldly geek where no one has geeked before.
More Goodness
comicStoriesvampire