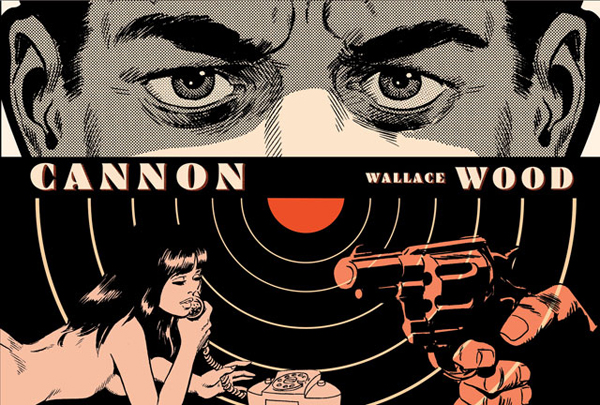 John Cannon, is a secret agent, America’s James Bond and a precursor to FX’s Sterling Malory Archer. Initially brainwashed by the terrifying and voluptuous Madame Toy to be the ultimate assassin for the Red forces, Cannon was eventually rescued but brainwashed (again) by the CIA until he was a blank slate. Working for the Central Intelligence Agency, Cannon embarks on perilous adventures undercover and under the covers as he single-handedly fights the Cold War, with an array of hi-tech gadgets and a licence to kill.

Now, with the Wallace Wood Estate and working from new source material, an all new collection of Cannon is being presented by Fantagraphics.

Andy Haigh started writing to counteract the brain atrophying effects of Retail Hell, now it's an addiction. Andy is an unrepentant sequential art absorbist and comics are one of his passions. Other interests include Film, Music, Science Fiction and Horror novels and quality TV like Game of Thrones. He can talk about these at great length if only someone would listen. He lives a somewhat hermit like life in The Shire, spends too much time on social media and is still waiting to go on an adventure.
More Goodness
ArcherCold Warcomics