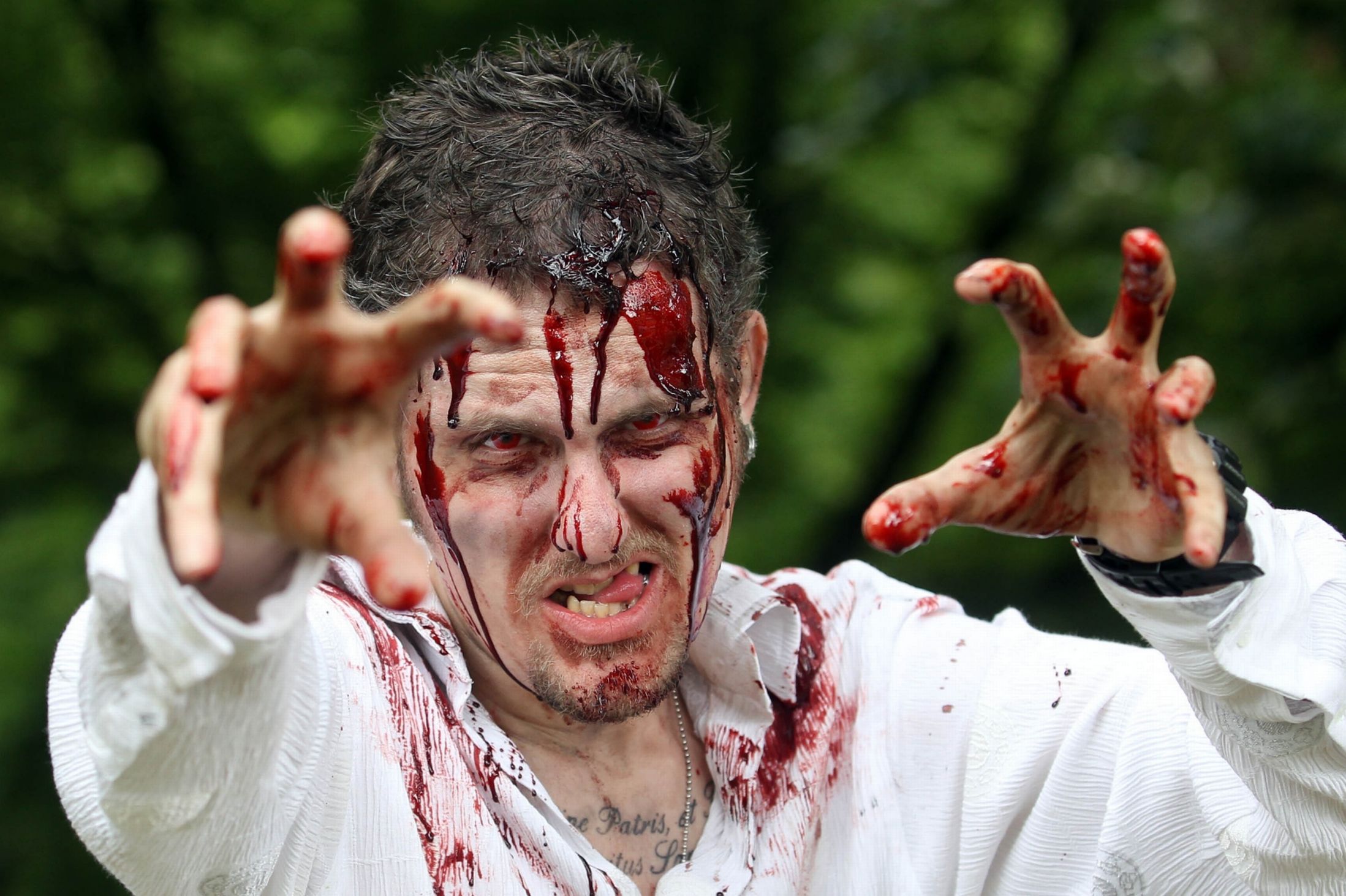 Ok so I’m getting married in June, in a typically geeky fashion… and there’s one thing I’d KILL to be able to do for my stag party – a zombie apocalypse experience day. Well as it happens, I may actually be able to take part in something similar, but on a much larger scale than just being locked in a closed-down mall.

The aptly-named 2.8 Hours Later virtual zombie chase game is returning to Cardiff in South Wales for a second year (SECOND year? How the hell did I not know about this sooner??), running over March 28-29 and April 4-5. Zombies are played by actors in full make-up, and as a non-infected participant you’re tasked with acquiring specific supplies.

This year’s event is titled “Survival”, and actually involves some rather intricate themes such as government surveillance, corruption, immigration and even terrorism. This year’s game also involves government personnel and Police who are trying to stem the flow of infection by controlling civillians, so they must be avoided if possible.

Participants start off in the Grangetown area of Cardiff, and are supplied with a map to help them on their way. The aim of the game? Get back to the safe zone with all tasks completed without being infected.

How do you know if you’re infected? Those playing zombies will mark players with invisible UV ink, forcing them to run, sprint, duck and weave their way to the endpoint to avoid all contact with the infected.

The good thing is that even if you’re infected… everyone has fun at the afterparty! Those who get infected along the way are transformed into zombies for the party that follows the days events.

Co-founder Simon Evans Is really excited about bringing the zombie experience back to Welsh shores: “The game was received so enthusiastically the first time round and we hope to make it even more successful this year,” he said. “It’s incredible to see our players become totally immersed in the narrative, and they seem to love the adrenaline kick they get from playing the game. The story creates a convincing world of gritty realism, where players struggle to tell where the actors start and stop the public begin. The lines between reality and game are constantly blurred and broken, and hearts genuinely do get pumping and minds start racing.”

Interested? Thought so! If you want to sign up for the event, head over to www.2.8HoursLater.com. Just to forewarn you, the website seems to be having issues coping with the amount of hits they’re getting, so you may need to wait a while before retrying.