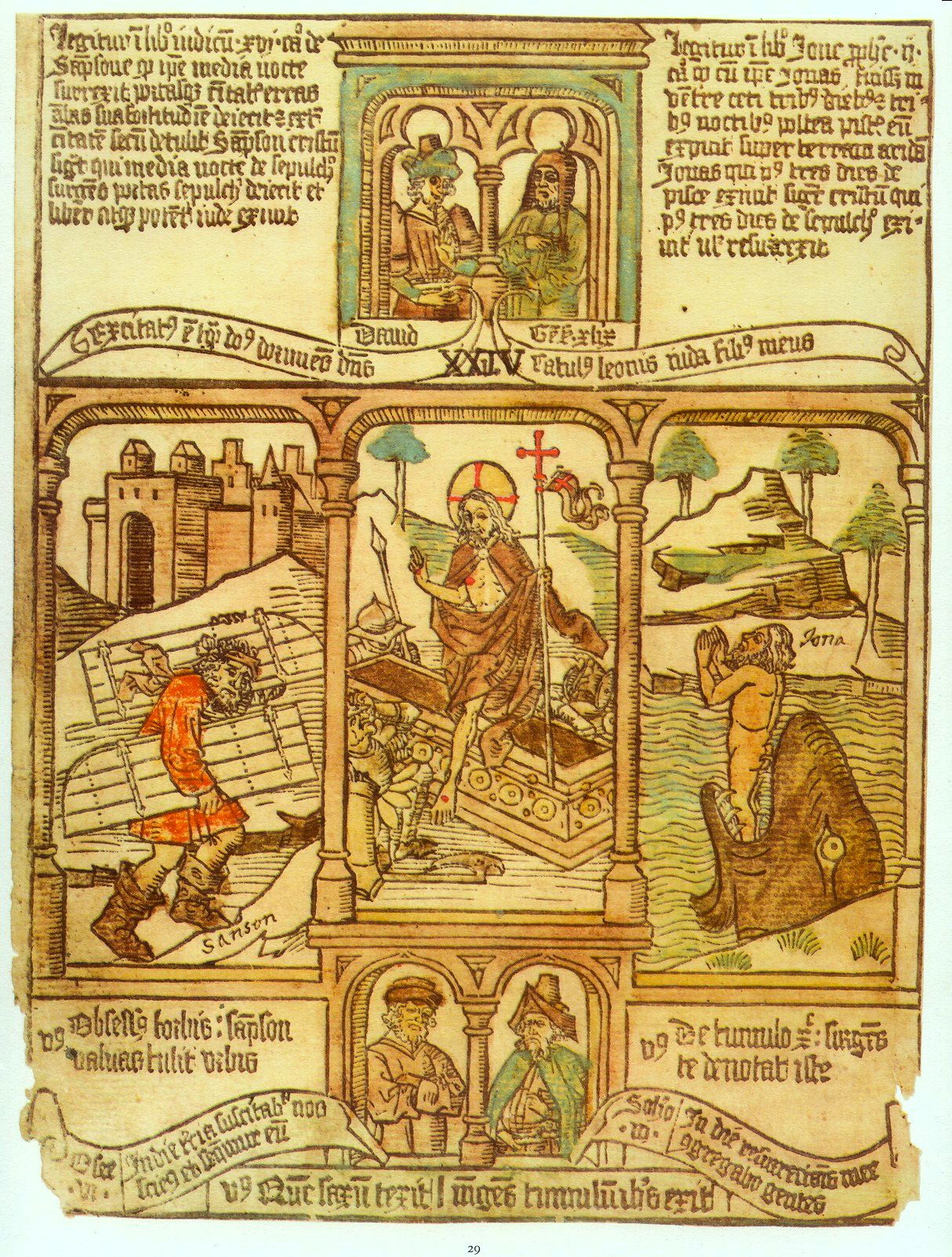 Picture the scene: it’s a normal Thursday, and I come home from a hard day at the office, kick off my sensible-but-actually-pretty-cute work pumps and curl up in front of the computer for several relaxing hours of slack-jawed Facebooking before bed. But amidst the videos of animals doing adorable animal stuff and photos of hot cosplay girls that I depend upon to supply the warm fuzzy feeling I’ve been missing ever since I quit codeine, I found a metric shittonne of grade-A idiocy that caused me to fall into a state of what is medically referred to as “utter tittyfucking lunacy”.

I had what the Victorians so eloquently diagnosed “a fit of the vapours” (also known as “twenty minutes of incoherent shouting”) and had to be brought round with a bottle of pixie dust waved under my nose. And then I thought I should channel the red mist into something productive, and so here it is: Comics (Shockingly!) Older Than Superman!

FULL DISCLOSURE: I got all the information in this article from Wikipedia, TV Tropes and Google. Because that’s how easy it is to not be wrong, you guys. SO easy.

The oldest known cave painting is in Chauvet Cave in France, and is widely lauded as the first example of sequential art. That said, I couldn’t in all good conscience include it here, as a Google Image search only turned up single paintings, rather than multiple pictures that form a narrative. I mean, if I’m going to be insufferably smug, I’m at least going to strive for as much accuracy as the tip of the internet can provide.

The earliest example I could find which is inarguably sequential art (“sequential art” being to history students what “graphic novel” is to literature students, i.e. a transparent attempt at making comics academically acceptable) is in the Serra da Capivara National Park in Brazil. The oldest cave paintings in the park could be anything up to 25,000 years old, which predates human settlement in the Americas, but shush.

So, if you think comics began when the first sequential art was produced, this is approximately 23,061 years older than Superman.

The cheerily-named Book of the Dead (or more accurately the Book of Emerging Forth into the Light, but metalheads were in charge of the translation) is a combination of fanciful imaginings of the journey to the afterlife and practical spells to facilitate this process. That’s like an Iron Man comic including fully-working blueprints! Or an X-Men comic with an Open University course in Mutant Studies! Exciting!

So, if you think comics began with the first whimsical fantasy of the nuances of good and evil, this is approximately 3,489 years older than Superman.

The Bayeux Tapestry was an embroidery made in England, rather than a tapestry made in Bayeux, but that’s pretty much just nit-picking. Semantics aside, it’s a badass action comic telling the true story of how King Harold of England got shot in the eye and this great country was overrun by the Normans, which made a nice change from being overrun by the Danes, the Vikings, the Saxons and the Romans. When it was all over, a bunch (presumably) of industrious Brits decided to make a 225ft long dramatic retelling of the Battle of Hastings, because once the fighting was over I don’t imagine there was much to do but sharpen your weapons for the next battle, relive the glories of the previous one and die of dysentery.

FUN FACT: Despite being produced by English workers and depicting a battle in England and the death of the English king, it was taken back to Bayeux in France and never given back. A group of comfortably middle-class but artistically dishevelled town criers took to the streets to loudly declare this “super problematic” and “cultural theft”, and that is how Tumblr was born.

So, if you think comics began with the first ludicrously long continuous fight scene, the Bayeux Tapestry is 869 years older than Superman.

Biblia Paupernum is Latin for “Paupers’ Bible”, and I use the Latin to make myself sound more authoritative, so nobody thinks to fact-check this article. Thanks, Latin! Shortly after the invention of the printing press, the clergy decided to make a bunch of easy-to-read Bibles to encourage the poor and uneducated to get to grips with the Good Book. On the one hand, increasing access to education would have been a great boon to the great unwashed; on the other, I can’t help but feel bad for all the peasants who no longer had a decent excuse for all the masturbation and sodomy after the soft blanket of illiteracy was torn off.

Not satisfied with merely combining text and pictures, the Biblia Paupernum also introduced comic dialogue, in the form of scrolls coming out of characters’ mouths. A little ostentatious, but Medieval Catholicism wasn’t exactly renowned for its subtlety. And hey, at least they didn’t go all out with sound effects.

So, if you think comics began with the first juxtapostion of text and images, the Biblia Pauperum is 477 years older than Superman.

Histoire de M. Vieux Bois is French for “Story of Mr. Old Wood”, and I use the French for the same reason I used the Latin, and also because the English translation sounds just a little bit dirty. The first of these listed comics to have a single named creator – Rodolphe Töpffer of Switzerland – it tells the story of a man who keeps getting into socially awkward situations, mostly involving romantic entanglements gone awry and trouble with the law, and responds to each new embarrassment by attempting suicide. Wacky!

Histoire de M. Vieux Bois was the first widely-produced comic, sold (I imagine) in apothecaries and barber-surgeries accross France and the USA, alongside such esteemed publications as (I’m wildly speculating here) Cutting-Edge Steampunk Fashion and Women’s Weekly Lol Jk Women Can’t Read. It expanded the market for comics, making sequential art a popular medium among the general population. I would have more respect for Töpffer had he not described his work as appealing mostly to children and the lower classes, thus kick-starting the stereotype of comic book fans as unemployed and immature. Good work Töpffer, you wanker.

So, if you think comics began with the first mass-published creator-owned original comic, L’Histoire de M. Vieuz Bois is 102 years older than Superman.

The Katzenjammer Kids, written by Rudolph Dirks and drawn by Harold H. Knerr, first appeared in American Humorist magazine, the Sunday supplement of the New York Journal. It’s widely claimed to be the first comic strip to use modern-styled word balloons, but I would argue that satirical cartoons of the 1700s were the real pioneers… although the lettering in the latter is basically illegible, so maybe there’s a point there. The Katzenjammer Kids still runs to this day – albeit after several changes of title, creative team and publisher – most recently written and drawn by Hy Eisman and published by King Features.

So, if you think comics began with the first long-running, regularly-released ongoing comic strips with recurring characters and the occasional reboot, The Katzenjammer Kids are 42 years older than Superman.

The Shadow started life as a spooky announcer for the radio adaptation of the Street & Smith comic Detective Story Magazine. Listeners grew to love his sinister voice, and kept asking for the Shadow Detective Magazine- so Street & Smith figured they should probably make one. And here we thought pandering to the fanbase was a 21st century invention! So writer Walter B. Gibson was hired to take the radio persona and adapt him into a crimefighting pulp hero.

With his genius-level intellect, expert marksmanship and peak physical condition, plus an affinity for stealth and disguise, and a network of support agents such as socialite Margo Lane and reformed mobster Hawkeye (no relation), he battled mad scientists and super-villains with names like the Voodoo Master, Dr Z and the Silent Seven.

The Shadow currently has an ongoing series over at Dynamite, written by Cullen Bunn and arted by Giovanni Timpano, if you feel like seeing him in action. I seriously cannot overstate how incredibly awesome this guy is.

So, if you think comics began with the first guy to give himself a secret identity, cool codename, sweet costume and gimmicky way of fighting equally ridiculous criminals, I would say that’s a tricky one. But The Shadow is a full eight years older than Superman.

So there. Suck it, internet guy!