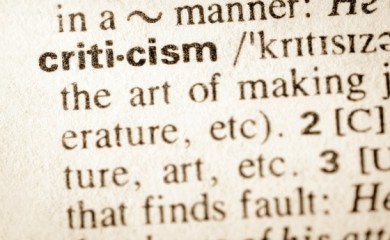 Someone told me that, when it comes to compatibility, it is not what you are like but what you like. In other words, the key indicator of how well you will get on with someone is not their personality but if they hold the same things dear as you. As an approach to relationships, it has been an interesting theory for me, particularly as said person was talking less about core values, but the books, games, and television shows that they liked.

As Geeks, we tend to take what we love to heart. Hell, people build whole identities around the media they consume, labelling themselves as Browncoats, Trekkies, or Bronies (Soulsbourne for life). Hell, if you correlate the following of certain media with the love of a sports team, it shows that the human tendency toward tribalism can always be funnelled into alternative identities. Geeks like ourselves tend to align ourselves with distinct media products more often. Channels and production companies have recently began encouraging this mentality in us and others, but it is something that people have done for most of the latter part of the twentieth century.

Of course, this is a good thing, mostly. People from across the world are brought together online by their love of a work of art, expounding on its merits and producing their own theories on where it will be going next. The most recent, and most popular, example of such would be Game of Thrones, a series which has had more people watch it than most cat videos combined. Those who watch it obsessively, be they people who’ve followed the book series since the 80s or bright-eyed teens who only watched Season 1 last year, are joined in their adoration of ideas, characters, and actors. 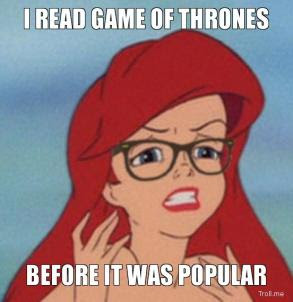 However, the negative side of fandoms can often be an extreme defensiveness of said product. We’ve seen this quite a lot over the last 2 years, with the whole Gamergate nonsense, for example, and media critics who discuss shows such as Game of Thrones similarly being abused for voicing their opinions which happen to not be universally positive.

I see it sometimes in my own feeds, where a negative opinion (especially one held by a woman or racial minority) is screamed down. With people building online and personal identities around a certain media product, it’s come to the point that a criticism of said product will be viewed as a criticism of a person. “If Critic X says Game of Thrones views rape in an odd way, and I love Game of Thrones, then isn’t Critic X saying that I and all of my fellow Thronians (I have no idea if that’s the right fandom word) view rape in an odd way?”

It can feel like a personal attack, I understand that. But it is not. A piece of media is produced by an individual or a collective, and like all art it is an acceptable target for criticism. And criticism is not a bad thing. I do not understand how people have come to view constructive criticism as something terrible.  Some of this may be due to clickbait headlines from the critiquer, and those reacting negatively to the critique in the comments. Someone saying that a show you adore has flaws is not saying that you are wrong for loving it. 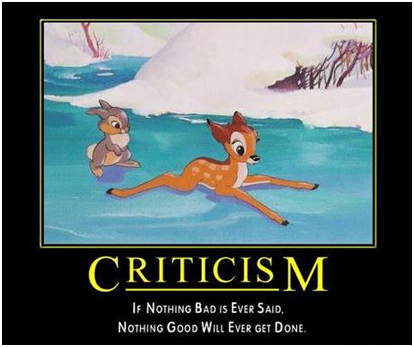 One example of this is Final Fantasy 7.  I love this game, perhaps more than I reasonably should. It was one of the first games I bought with my own money and also one of the first I witnessed to ever attempt a more cinematic form of storytelling. Playing that game changed my life, led to my absolute adoration of RPGs, complex numeric gaming systems and my need for a game to have an interesting story in order to truly enjoy it. I have gone back and played it several times since that first occasion and thinking about playing it again.

However, as time has passed, I have now come see that it is not without it’s flaws. Leaving aside that everyone looks like they were made of clay, there is a little transmysoginy early in the game.  Cloud, Tifa, and Aerith are all dressed to impress Don Corneo. In “hilarious” fashion, Cloud gets dressed up too and the Don picks him over Tifa and Aerith. He then takes Cloud into his bedroom and throws a fit when he realises ‘she’ is a ‘he’. It’s a tired old trope, and relies on some transphobic ideas for the comedy to work: the image of a man in a dress being something to ridicule, and the hilarity of a Trans Panic (look it up) reaction.

In the modern day, it’s quite daft and easy to see as offensive, and I hope that it’s changed in the forthcoming remake. Nonetheless, I can still say this about a game I love deeply, one which enriched my soul in my formative years, because criticism isn’t hatred.

To go one step further, I was told that my representation of the Native American character Shadows Fade in Dust and Sand, serialised a few years ago here on Geek Pride, was racist in some ways. This was about something I had spent hundreds of hours of my own time creating.  I did not throw a fit, I did not tell this person that they were wrong. I accepted the criticism, did more research and addressed this issue for the eBook version. Something I had created was criticised, so I acknowledged this and came to agree with it.

That should be standard fare for a creative person.  I am not saying that I am better than anyone: I am merely pointing out that I practise what I preach. Simply put, criticism is not the opposite of adoration.

The apparent demon of the internet Anita Sarkeesian says in each of her Tropes vs Women videos that it is entirely possible to enjoy a piece of media whilst criticising some of the problematic features. Acknowledging a fault is not hating something, and it is even possible that you can love something in spite of its faults. Anyone who has been in a long-term relationship can attest to that.

You may be closely-tied to the media you love, you may identify with it so closely that it burns within you, but that does not make you synonymous with that media. If I say I love that show, I am not saying that I love you, and you obviously know that, otherwise all Fannibals would be feeling critically-acclaimed but commercially poor. So let us just all calm down and not take things so personally.

I mean, it is not like Firefly was that good a series anyway…