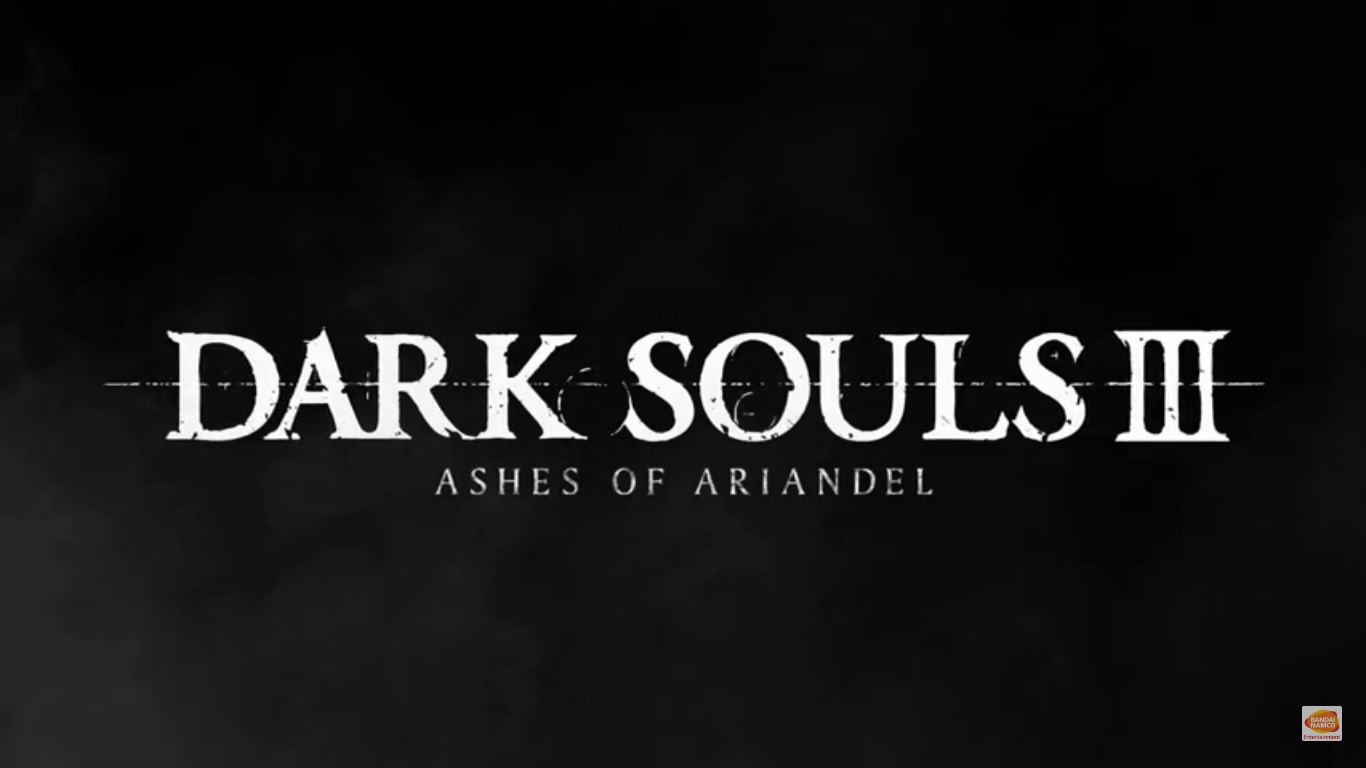 Back in March of this year, From Software released their third installment in the Dark Souls series, which they have claimed will be the final one, leaving it as a trilogy.

However, as with previous Soulsborne games (that’s the combined titles of Demon’s Souls, Dark Souls & Bloodborne, for those keeping track), it seems that DS3 will not be without its fair share of expansive DLC packs. The first of these was announced today, with Bandai Namco releasing the first trailer for this first DLC pack, entitled Ashes of Ariandel.

So what does this title tell us? Well, not a lot actually. Ariandel isn’t a place that’s been referred to in previous Souls games, to my knowledge (happy to be corrected in the comments) unlike places such as Carim or Mirrah (Oh Lucatiel, you’re my favourite Souls waifu). Yes, the title refers to ashes, which ties in the with the main theme of DS3, as “Ash seeketh Embers” after all, but that’s about it.

The trailer itself shows us, again, very little. Much like the original DS3 trailer, we see snippets of a few areas, a couple of bosses, some tasty new armour, weapons and spells (I like that boomerang frisbee looking miracle at 1:30 in the trailer) but… Well, I’ll share my theories after you’ve watched the trailer, so here it is:

First off, there seems to be plenty of snow and ice, or maybe that’s ash, or both. This reminds me a lot of the Crown of the Ivory King DLC from Dark Souls 2. And you may have noticed that there seems to be new magic (at 1:40ish), what looks at first like the crystal sorceries from previous games, there’s then a frosty cloud effect around it. Is this perhaps new ice magic?

Secondly, was that a giant wolf?! Does that mean there’s more links to Sif & Artorias from the first Dark Souls? For those of you who have played DS3 you’ll know that there are heavy links between S&A and the Abyss Watchers, unlocking Artorias’s greatsword as a boss weapon after defeating them, and the Old Wolf of Farron up in the tower. Now, I’m a big Artorias fanboy, it has to be said, so to have MORE links and lore in the franchise will definitely make me a happy Unkindled.

Finally, that big dude with the horns and the ground smash. That looked to me like the Lord of the Wild Hunt from folklore. That would definitely be an interesting twist, for a Souls game to draw on established folklore, but maybe it was just the aesthetic and not actually the Wild Hunt themselves… Although, they are popular in video games at the moment (we see you over there, Witcher III, don’t think we’ve forgotten about you).

All in all, this trailer has me VERY excited. I’m a huge fan of the Souls franchise and have recently completed DS3, and you can see my endeavours and exploits here.

A price for this DLC on its own hasn’t been announced yet, but it will release on the 25th of October of this year and can also be purchased as a part of the Season Pass, available for around £20 depending on your preferred retailer.

Until next time, git gud!

I’ve been and shall remain,