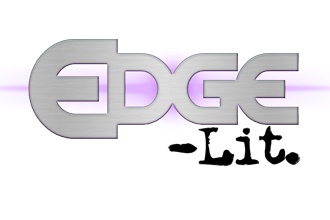 The line-up for the fourth Edge-Lit, the UK’s greatest science fiction, fantasy and horror literature convention, has now been announced.

Described as “an essential day out for any writer or reader of science-fiction, fantasy or horror”, Edge-Lit 4 brings together a range of writing talent for a superb series of panels, readings and workshops, as well as the now (in)famous Edge-Lit raffle.

Edge-Lit 4 is the perfect opportunity to gain insight into the worlds of writing and publishing, hear from some of the biggest and most talented names in the field, gain inspiration and ideas in the workshop sessions and an incredible book haul to take home!

The full list of authors who will be attending are (deep breath):

Mike Carey, author of The Girl with all the Gifts as well as being a popular comic book writer and screenwriter.
John Connolly, creator of the Charlie Parker series and co-author of Conquest and Empire with Jennifer Ridyard.
Joanne Harris, one of the UK’s most popular and acclaimed authors, whose works include The Gospel of Loki.
Paul McAuley, multiple award-winning British SF author of Something Coming Through and others.
Claire North, author of Touch and The Fifteen Lives of Harry August (a Richard and Judy Book Club selection).
Samantha Shannon, international bestselling author of The Bone Season and The Mime Order.
Adam Nevill, writer of supernatural horror, including The Ritual.
Alison Littlewood, author of A Cold Season, Path of Needles and The Unquiet House.
Stephen Deas, renowned author of fantasy, science-fiction and historical fiction.
Andrew Hook, one of the UK’s foremost slipstream authors and editor with Fur Lined Ghettos and Salo Press!
Suzanne McLeod, author of the Spellcrackers.com series.
Sarah Pinborough, author of the recently released The Death House, and many others.
Mark Chadbourn, acclaimed fantasy author and scriptwriter, including the Age of Misrule and Swords of Albion.
Gav Thorpe, Black Library legend and writer of the Crown of the Blood trilogy.
Adrian Tchaikovsky, writer of Shadows of the Apt series and the recently released Guns of the Dawn.
Rod Duncan, Philip K Dick award nominated author of The Bullet Catcher’s Daughter.
Tom Lloyd, author of Moon’s Artifice and the Twilight Reign series.
Justina LA Robson, author of The Glorious Angels, which is released this month.
Mark Morris, prolific author of horror novels, as well as Doctor Who.
Kim Lakin-Smith, science-fiction author of Autodrome and Cyber Circus.
Angus Watson, author of the Age of Iron trilogy
Sophie Sparham, author of Snow in Hell.
JT Colgan, author of Resistance is Futile and two Doctor Who novels.

Edge Lit 4 will be held on Saturday 11th July at the Quad in Derby.  Tickets can be booked in advance here.