Epic Trailer For The World’s End 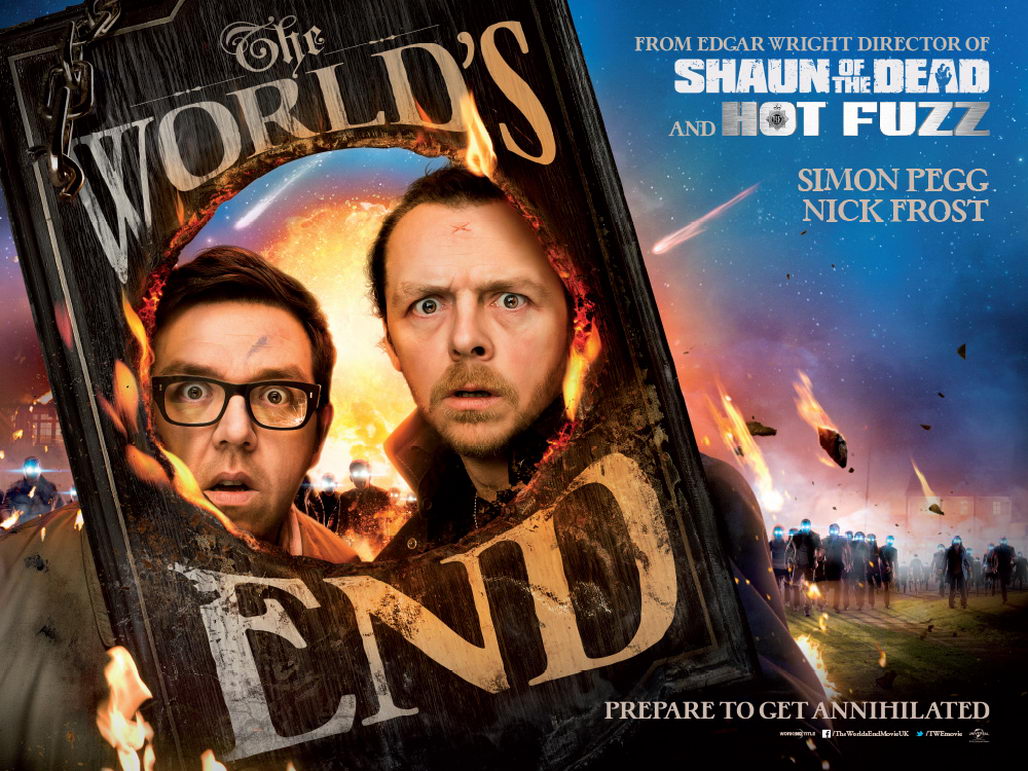 The third and final part of The Cornetto Trilogy finally has a trailer, and it is awesome! The saga that started with Shaun Of The Dead culminates in The World’s End, a movie about five mates attempting to relive their misspent youth and undertaking a pub crawl of epic proportions… with dire consequences.

I’ve been waiting for a trailer for this movie for months, and when I went past a pub the other day called The World’s End (funnily enough as I’d left Sandford heading for Swindon) I wondered when we’d see it, as I’d been having Cornetto withdrawal… and today I’m definitely not disappointed.

Starring Simon Pegg, Nick Frost, Martin Freeman, Eddie Marsan, Paddy Considine and Rosamund Pike, and directed by the always awesome Edgar Wright, The World’s End trailer (below) appears to have a certain Attack The Block feel to it. I’m sure that’s just the effects of Edgar hanging out with Joe Cornish, but I’m definitely not complaining!

The trailer even has little nods to the other movies in the trilogy – the fence hopping of Shaun and Hot Fuzz… I wonder if we’ll hear a varient of the line “What’s the matter, Danny? Never taken a shortcut before?”

Anyway check out the trailer below, courtesy of MSN, and see what you think.

The World’s End comes out in the UK on August 14th, and in the US on October 25th.