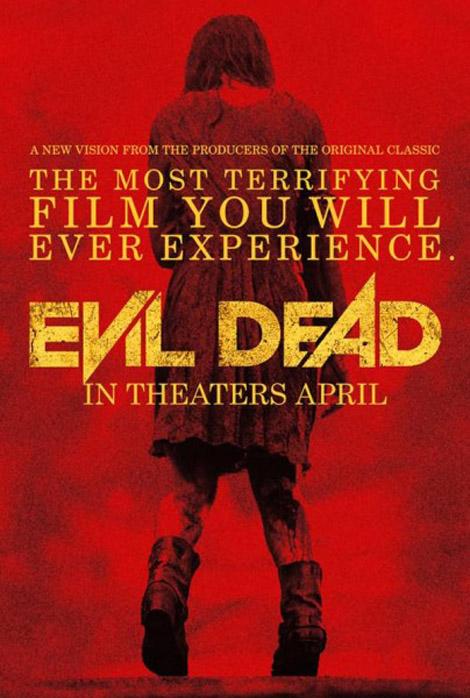 Straight to the point: It made me laugh, was genuinely creepy and often quite uncomfortable viewing, just like the original.
If you watch the first Evil Dead, or even its remake / sequel, under modern auspices then you wonder what all of the fuss was about, what could have possibly earned it the ban in the UK which it earned; with one very notable scene aside, it’s a silly, hammy horror with cheap gore and some notably amateur directing. What was the fuss, one might ask? I certainly did.

But context is king. Tolerances were lower then and the violence and rape scenes were unacceptable, made audiences uncomfortable. Censors could not believe not just the brutality it attempted to depict but the occasional levity it brought along with such gore. In hindsight, we look back and make it a cult classic.

I’m not going to retread the story for you as I do in my Game of Thrones reviews but instead talk about the general story itself; like the original, it takes a little time to get going and we spend some time getting to know this new gang of teens who will have their souls swallowed. And like in the original, I felt it just about worked to give the audience enough context to make sense of the rest of the film whilst making you care about what happens to the main characters, in this case the siblings Mia and David.

There is some horrific violence in the film as the Deadites (sadly not name dropped once) consume Mia and then her friends; the scenes from the trailer contained most of the worse but there was two incredibly disturbing scenes in the bathroom which my girlfriend actually noticed me recoil from. And I am a horror officianado, not one for the cringing. Where limbs are shorn off – and what else would you expect from an Evil Dead film – it is well done in a way I’ve not seen before… until the very end where there’s a bit of prosthesis that you almost hope was a nod to Ash’s ‘lost hand’ in Evil Dead 2. In the horror aspects of the film, it succeeds very well.

One point where it misses is the lack of humour; both Evil Dead originally contained ridiculous and wonderful moments, such as Bruce Campbell aping the laughing lamp as the cabin starts to drive him made. Evil Dead 2013 has a couple of funny moments but nothing with the charm and wit of the first two. If, as rumoured, we are going to see another film like this then it’d need to see of that comedic spark from the first film.

The plot is hit and miss and another place a sequel could be worked on. It starts out well, adds some interesting depth to the Necronomicon and the Deadite background whilst adding subtle callbacks to the first two films, but it relies on a moment of monumental idiocy to recall the Deadite menace. There was a theme of drug abuse and the person trying to quit addiction made you into which I rather enjoyed, provided some depth, and some surprises but it generally follows the plot of the originals and that can make it a little dull at times if you’ve watched them as much as I.

But for its stated aim of rebooting / remaking the Evil Dead story, it is very much a success. I enjoyed it and recommend it to my fellow geeks. Remember to stay for the credits and postscript if you want some interesting extras. If you don’t, I’ll SWALLOW YOUR SOUL!