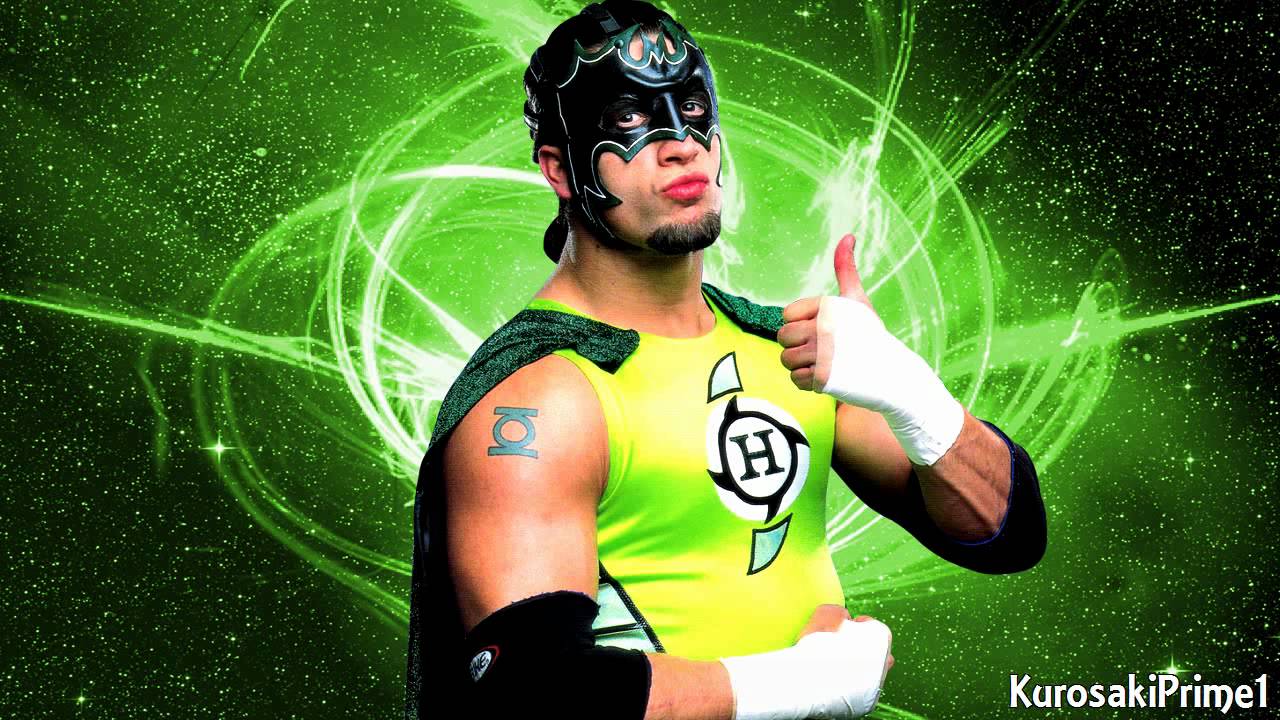 Stand back – there’s a hurricane comin’ through!

Combining two of my geeky pleasures, wrestling and superheroes, this weeks fan art feature is Hurricane Helms! Shane Helms played this role in WWE from 2001 and still performs as The Hurricane on the independent circuit. The character was a fan favourite and was based on Helms favourite comicbook hero, The Green Lantern. The Hurricane has held the WWE Cruiserweight, Tag Team and Hardcore titles and numerous titles for other organisations.

Since his run at WWE, Helms has been actively involved with his fans online and I’ve seen him respond and repost fan art a few times on Twitter and Tumblr – what a guy!

First up is this image from Matthew Scott Harris. While not technically perfect or dazzling in it’s execution, I love that it is a complete image, showing The Hurricane at his full superhero-y best, rather than just a character study. Next up, my dream team – The Hurricane meets Green Lantern, in this piece from Michael Borkowski. I try to feature five different artists in these articles, so couldn’t include Borkowski’s other Hurricane pictures, but they are all great. I love the action pose, the colouring and the composition, all handled very well to make for a brilliant dynamic image. I’m not exactly looking for varied styles here, Hurricane is a comicbook hero, so the best of his fan art shows him this way. However, this image from Jesse Justice, has a great vintage Silver Age look to it. I love the retro text, and the reworked costume, but still no doubt that we are seeing the same character. Next, this cheery portrait from what was once Helms official website, by Lash Leroux. Yes, that Lash Leroux (well there can’t be too many with that name). Now retired from wrestling Lash works as a graphic artist and has some great work on his website. This image really brings back memories of watching The Hurricane perform. It captures the fun of that time for me, and really shows his character. There is a ton more fan art on this website, of varying quality, but all has been given the official Hurricane seal of approval!

Finally, this brilliant image from Gus Vasquez. A great pose and face, it really looks like Helms in his ring gear, but in full action pose. This could be Hurricane the hero or Hurricane the wrestler, either way it looks great. WASSUPWITDAT!