Many sci-fi conventions claim to be family friendly, but this usually means that there is colouring corner tucked away out of sight.  The sci-fi weekends at the National Space Centre are instead designed to appeal to families.

Sure, there are tons of things for the mums and dads to see, such as the classic props, and stars to meet, but there are also lightsabre training sessions and lessons on how to be a time lord.  The Q&A sessions are just as much for the children as they are for the adults.

Case in point is the Return of the Garrison, which will be held next weekend at the National Space Centre in Leicester, which is the ultimate Star Wars weekend for families, with something for everybody. What’s more is it is all for charity, proving the Dark Side really does have a heart, despite what the pesky Jedi may say.

Lord Vader himself, otherwise known David Prowse, will be there.  David will be meeting fans old and new, as well taking part in a series of Q&A sessions.

Joining David Prowse will be General Veers. Otherwise known as Julian Glover CBE, or even as Walter Donovan for fans of the Indiana Jones films. 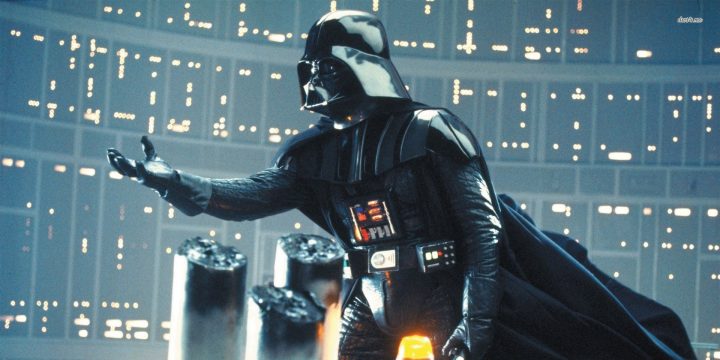 Not letting the bad guys get all the glory is Warwick Davis, who played the Ewok Wicket in Return of the Jedi.  More recently, he played Professor Filius Flitwick and Griphook in the Harry Potter films.

For those who prefer a little more direct involvement, there is the Silver Sabres Combat Academy (Saturday only) and Ludosport International (Sunday only), the first International Sporting Lightsabre Academy.  Yes, really.

All in all, the National Space Centre’s Return of the Garrison weekend is the place for Star Wars fans of all ages to celebrate their appreciation with like-minded individuals and families.

Tickets for the event can be booked in advance here. 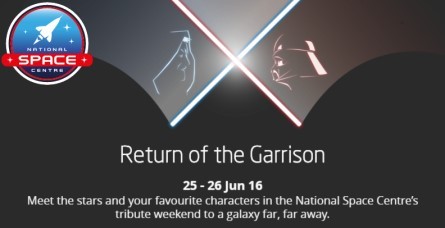 Science Fiction: the final frontier. These are the articles of the freelance journalist Peter Ray Allison. His continuing mission: to explore strange new realms of fiction, to seek out new genres and new visions of the future, to boldly geek where no one has geeked before.
More Goodness
conventiondarth vaderEmpire Strikes Back