previous
Guardians Of The Galaxy Vol. 2 Review 2
random
next
Rogue One #Betterthanempire
Film and TV
0 likes

A superb adaptation of the source material

Ian McShane's Wednesday may be the best TV character of 2017

Waiting a week for episode two!

Probably the best adaptation for years!

SOME MILD SPOILERS AHEAD

In 2010, I read Neil Gaiman’s novel American Gods and I loved it! It is one of the only books I have read multiple times; having so much material and narrative that I had to read it again to get everything out of it. It is therefore, with trepidation and having loved the book, that i watched the New series of the same name…..And so far, so good. The first episode of the series titled ‘The Bone Orchard’ indeed delivers on keeping to the source and engaging you throughout its run time.

After the grand beginning scene (where we get our first tease of Gods in America), we meet Shadow Moon when he is in prison. With just a few days left on his sentence, he begins to make his plans with his wife Laura upon his return home. But that wasn’t to be!

Shadow is released a few days early when he is told his wife has died. Making his way back home, Shadow comes into contact with the con-man known as Mr. Wednesday. Shadow just wants to continue his journey, but Mr. Wednesday seems to know a lot about shadow and offers him a job being his personal bodyguard. 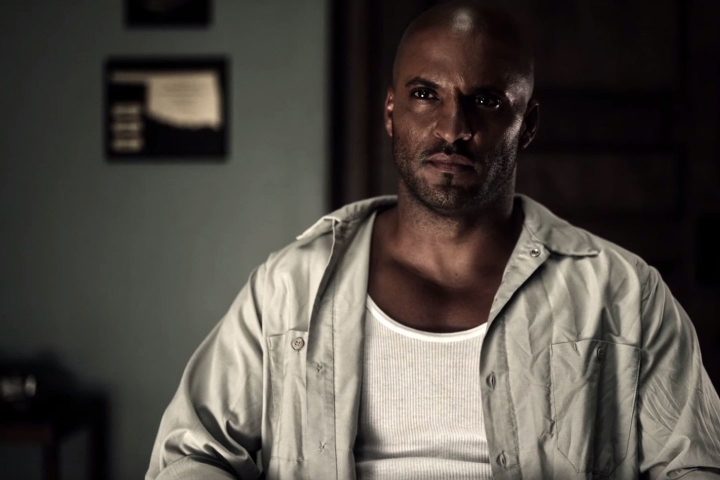 For anyone to be a con-man, you need to have a certain suave to your personality and  Ian McShane fills that caricature to a T. McShane’s Wednesday is able to swindle with little effort and plays so much on luck that he comes across as likeable; if a bit of a dick! Though you may not know how to feel about Wednesday, I have to say he is my favourite character in the book (and looks like this will be the same in the show).

The big draw for me immediately is the casting. We get to see the main cast throughout the episode and we can make our impressions immediately. I have already mentioned how good Ian McShane is, but the acting of Shadow’s Ricky Whittle must also be praised. His emotion is given such weight and you feel his screams and are brought down with the reveals that also pull him down further. 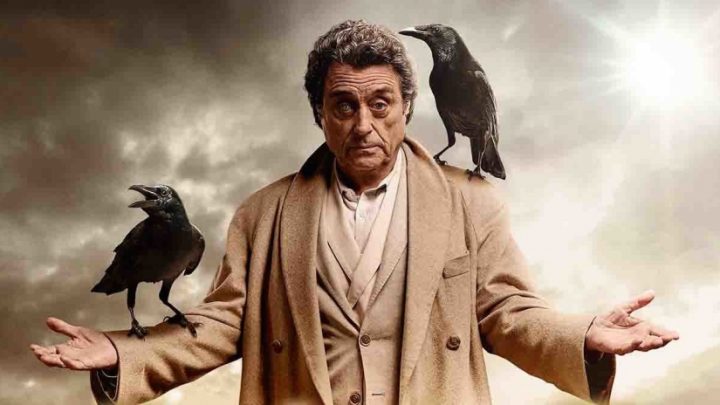 How about a tall leprechaun? Pablo Schreiber is fun as Mad Sweeney and his scene with Ricky Whittle, if a bit brutal to watch, is so compelling you can’t take your eyes away. His inclusion does also inject some humour into the later part of the episode aswell.

Next up is Yetide Badaki as Bilquis, who I am sure we will see more of later in the series, and you may wanna think twice about dating her. Also, we get to see Technical Boy, played by Bruce Langley,  who is concerned with what Mr. Wednesday is planning. Langley does bring the brat to life and you immediately want Shadow to punch the scrawny New God right in the shmoosh!

Who are these people, you might ask, well they are what they say on the proverbial tin… Gods, and Gods like nothing more than to have a bit of a fight, something we already get the tease of from the beginning. The New Gods (Technical Boy and more to be revealed) and The Old Gods (Wednesday, Mad Sweeney, Bilquis) will be fighting it out and if you know the novel, then you know there is a lot more to come! 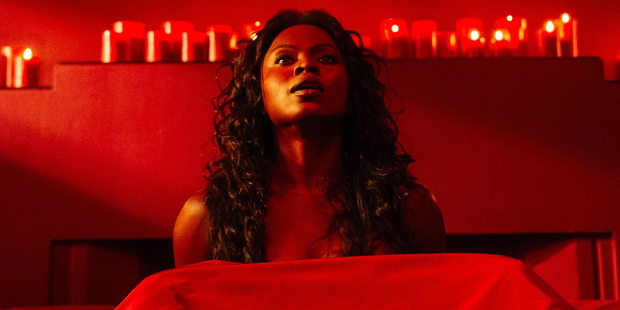 This is how an adaptation should be done. I always had my own idea of how this show would look, and it does fulfill that vision rather nicely. this being said this is only the first of an eight-episode series and there is indeed a number of characters we are still to meet and story to be gleaned; so hopefully the proceeding episodes will keep to their predecessors standards.

Overall, Bryan Fuller and Michael Green should be proud. They have taken Neil Gaiman’s best-selling novel and have made a must-watch show with plenty of detail and smart casting. Please keep this up for the next 7 weeks!

A huge fan of Marvel and DC, a lifelong enjoyer of The Walking Dead and have played more video games than I could possibly ever count. A night out to the cinema or a trip to a concert is where I am in my element.
More Goodness
2017American GodsIan McShane