a fantastic way to end an 11 year saga, good feels, amazing cast and brilliant direction from the russo brothers.

a few hiccups here and there with pacing but its a blink and you'll miss it thing.

once isnt enough to see this film to take it all in. Stan deserves more than that.

Walking into Screen number 1, midnight Wednesday, I have never felt so anxious or emotional, nervous and excited at once. As I sat down I felt like I just wanted to get it over with but also not wanting it to happen. why? it’s simple really, this would be the end of an 11 year journey that started in 2008 with an utterance of “I am IRON MAN” and also a final goodbye to a great man who influenced my life greatly, whether you lived by the creed “Make Mine MARVEL” or you were a “True Believer!” it was finally time to say goodbye to Stan Lee.

I made the smart choice and refrained from drinking anything past 9:30pm, no running to the bathroom and missing key moments for me but I did end up purchasing a bottle of water just in case dehydration took its toll. The lights faded in the screen and the now legendary “MARVEL Studios” titles ran on the screen, it was time for 3 hours of a closing chapter of the “Infinity saga” and holy crap what a 3 hours.

First up, If you think Louis is going to start the film with a recap or any recap, then you’re going to be disappointed; I know I was gutted too. Also we knew, from all the slight Spoilers the Russo brothers spoon fed us over the last year, that we should expect the unexpected right? Well throw those unexpected thoughts out the window, cause what we think we know.. we don’t. If that makes sense.

secondly I knew I would probably do a “Kevin Smith” and end up blubbering my eyes out at pivotal scenes but man, seeing Stan Lee’s last cameo… it really got to me. If that man doesn’t get an Oscar for services to cinema, then there is a serious problem in Hollywood.

The film starts Off with the heart/gut wrenching scene of Hawkeye / Clint witnessing the Snap and his entire family disappearing, the catalyst of him becoming the assassin Ronin and so it continues along this theme of loss, anguish and sadness. With all of our main superheroes dealing with their own demons and having to try and move on; with some moving on, to a point, and another’s just not being able to let go.

Much like a rollercoaster the film builds you up with lows galore, before hitting you with the heights of emotion.. then drops you right back down again. Tony and Nebula are stuck on the “Benatar” (the GOTG ship) playing games and trying to fix the ship. There’s a heart warming scene where Tony hands Nebula the last of their food and she holds his hand and gives it back to him, Karen Gillan does it with such tenderness that you are proud on how far the Ex daughter of Thanos has come.

This low is followed by a mild high when they are saved by Carol Danvers swooping in like some sort of glowing Mighty Mouse and returned to earth, Tony also calling Rocket a “Build-a-bear” had me in stitches. The story then becomes an “Inigo Montoya” vendetta and the remaining Avengers go after Thanos. This scene, an expected high, leaves our team feeling empty and asking the question “what now?” With a surprising moment when Thor went for the head and that’s it… where do they go from here? 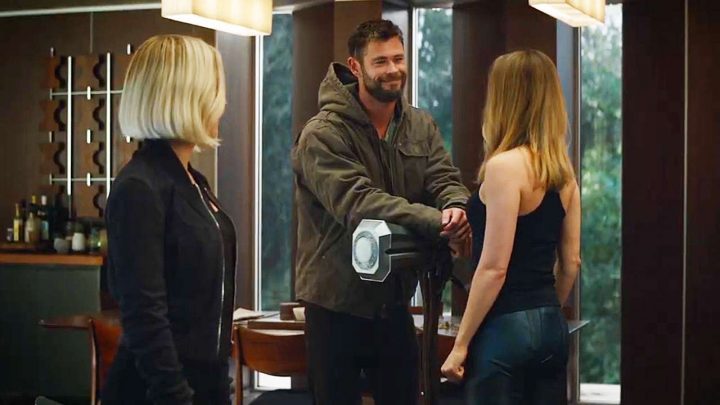 We fast forward 5 years, 5 years! and the tone of the entire film has now moved onto the 5 stages of Grief. Denial, anger, bargaining, depression and acceptance. With most people living with what has happened and others still trying to fight the good fight, we find our rag tag Avengers still trying to hold onto some resemblance of who they once were. Its dark and brooding, almost as if Batman wrote the second act. Then a bit of light comes in thanks to a small mouse pressing buttons in an ugly brown van and Boom!! Ant-mans back. Paul Rudd brings some much needed happy feels to the following scenes, finding out his daughter survived the snap (be it now 5 years older) and incredibly happy to eat a peanut butter sandwich while delivering a wild and amazing way of reversing everything, say it with me now with hands in air, Time Travel! (Great Scott!) 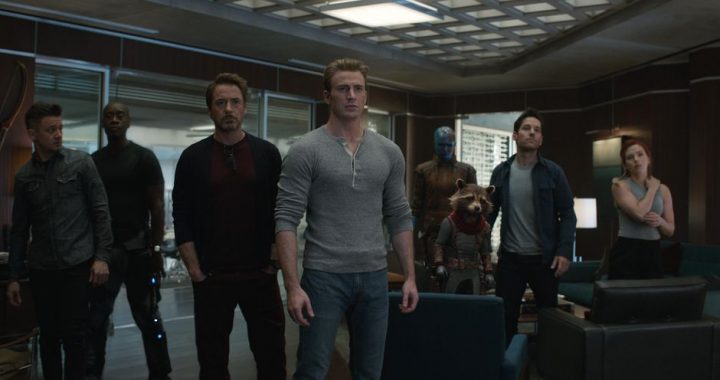 As you can imagine the next few turns of events goes as you would expect, they can’t work it out and they need a Genius, Billionaire, Playboy, Philanthropist now husband and FATHER!! Tony Stark to solve their Quantum conundrum.

After that it folds out like any Time Travel caper or “Heist” as Scott Lang puts it, with a crucial scene that will make every Loki Fan girl go nuts, I was there, I heard the screams. The time travel was nicely done and delivered some twists and turns with the phrase “Americas Ass” now becoming Immortal in all our hearts and minds with it ending in a snap care of our jolly green Professor Hulk and leading into a biblical third act where we finally find out that the Captain was actually worthy! I’ve never heard cheers like it in a cinema.  Yibambe is once again uttered from Wakanda, the Sorcerer Supreme returns with some Guardians and a Wall Crawler, Valkyrie leads the Asgardians and Pepper Potts arrives as RESCUE! All ready to do battle with the entire of Thano’s Army; breathtaking and emotional stuff but for me A major high was when I got to hear that one phrase we’ve all waited 11 years for Captain America to say, “AVENGERS ASSEMBLE!”

On a similar note, it was great to see that the film and especially the last battle was filled with so many strong, powerful and amazing Marvel women. As a father of a daughter and a Son, it is great to see strong female role models and that they are growing up in times like these.

This last chapter to the Infinity Saga was amazing and everything I wanted and more, aside from a few parts I’m still questioning and trying to work out, the Russo Brothers once again deliver on a promise started by John Favreau back in 2008 with IRON MAN. I shed many a tear in all the right scenes, some in places I wasn’t expecting. The Cinematography was fantastic, the locations were great, we get a lot of closure and again the actors take us to the Universe we all know and love and wish to never leave… all good things must come to an end though.

The film begins steady takes a lot of unexpected turns hits you in the gut in numerous occasions, all the while still striking the happy notes with, funny quips and side jokes, coming to an end with a monumental battle culminating on both a high and a low note; leaving many feeling  warm and yet lost at the same time.

We lose a friend, the progenitor of our 11 year journey, the torch is passed and Cap finally gets that first dance and the life Tony always told him to go get. It’s the end of an era for many of us and a fond final farewell to Stan Lee….as one door closes another one opens in the MCU. 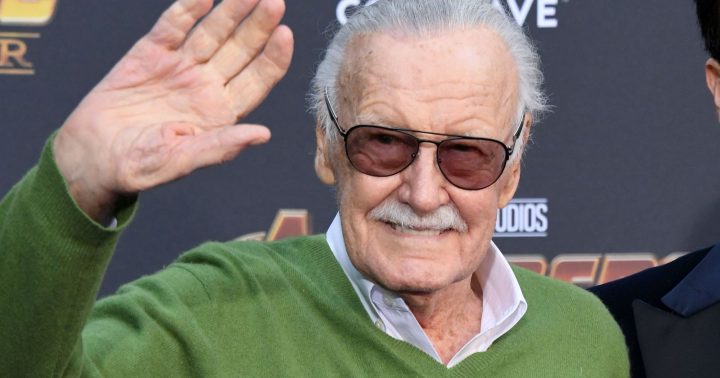 Journalist, PR, father all round King of Geeks. "Hail to the king!"
More Goodness
ant-manAvengersAvengers Assemble