Florence Pugh was amazing as Yelena and hope that we see more of her in the MCU.

Ray Winstone was simply insufficiently convincing in the his role of Dreykov.

Black Widow is an amazing film, but one that should have been released five years ago. 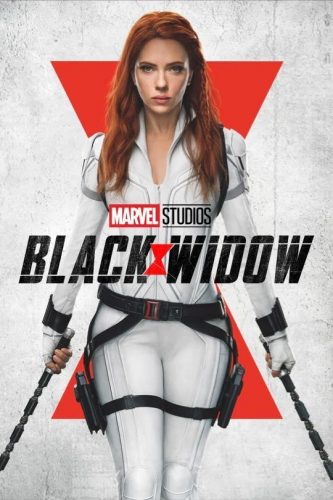 Black Widow is the 24th film in the Marvel Cinematic Universe (MCU) and their first film since the pandemic began, which had caused it to be delayed several times.  It was also, for many, their first time at a cinema since lockdowns began, so expectations were high.

The film follows Black Widow, otherwise known as Natasha Romanoff (played by Scarlett Johansson), and is set shortly after Captain America: Civil War.  Watching the aforementioned film is not necessary, but will add greater understanding some of the events driving the plot forward.

Rather than just acting as an origin story for the character, it explores some of the complex motivations behind her.  We learn the events in Budapest, an oft mentioned mission shared with Hawkeye, as well as the ‘red room’ project that created her.

There are many underlying themes within this film, but at its core it is all about family; the family that we come from and the family that we make.  It is these moments where the film truly shines, as many of the characters share natural chemistry with each other and have some fantastic dialogue.

Naturally, Scarlett Johansson was the big name draw for Black Widow.  However, it was Florence Pugh’s character Yelena who stood out, as she was incredibly well written.  Having a film set before the events of another means viewers know that certain characters will survive.  Thus, the presence of Yelena brought some much-needed tension to the film and hope that we will see more of her in the future.

David Harbour was also on fantastic form as the aging Russian super soldier Alexei.  His character offered an alternative view of what could have happened to Natasha and presented a different perspective compared to the more idealistic characters.

Ray Winstone, although perfectly sinister in the role of Dreykov, did not feel convincingly Russian.  Winstone is usually incredibly menacing, but here it just felt unconvincing.  That said, his interaction with Johannsen was brilliantly directed and built to a fantastic climax.

Of course, this is a Marvel film, where dialogue and characterisation only go so far.  The action here is brilliantly choreographed.  It is swift and brutal, as one would expect due to the characters involved.  These are not superheroes, but spies… genetically enhanced spies, but spies all the same.

The film comes alive when the action and dialogue come together to create some truly scintillating scenes.  Of special note are the scenes with Yelena and Natasha in Budapest.  The film builds from a slow burn to a satisfying conclusion that sees much of the plot resolved.  Naturally, there is an end-credits scene, that also acts as a passing of the baton.

Although the films are quite different, Black Widow and Captain Marvel will be compared.  Captain Marvel was a more clearly superhero origin story, whilst Black Widow feels more like a classic James Bond film set in the MCU, similar to Captain America: Winter Soldier.  In many ways Black Widow has the emotional depth and resonance that was lacking in Captain Marvel.

The only disappointment is that Black Widow should have been released five years ago.

Science Fiction: the final frontier. These are the articles of the freelance journalist Peter Ray Allison. His continuing mission: to explore strange new realms of fiction, to seek out new genres and new visions of the future, to boldly geek where no one has geeked before.
More Goodness
black widowMarvelMCU