previous
The Disappearance of Eleanor Rigby: Them - LFF 2014
random
next
The Duke of Burgundy - LFF 2014
Film and TV
0 likes

If you were to say to me a month ago, let’s watch a film about Guantanamo Bay, I can safely say that it would not have been at the top of my list for things to skip off to the cinema for. As a subject, it’s something so seeped in negativity and politics, that to even approach it from a cinematic perspective seems painfully intrusive. Would it be fair to both the staff and the inmates? Would it have any grand political bias designed to skew the public perspective in ways that even the news can’t?

These are the questions I had in my mind as I sat, waiting on baited breath for the opening credits of Camp X-Ray to roll at this year’s BFI London Film Festival with the bare minimum of enthusiasm. I had my doubts about it’s sensitivity, along with it’s motive, but I have to say, I was actually pleasantly surprised by the tact and execution of something so understandably raw and loaded. 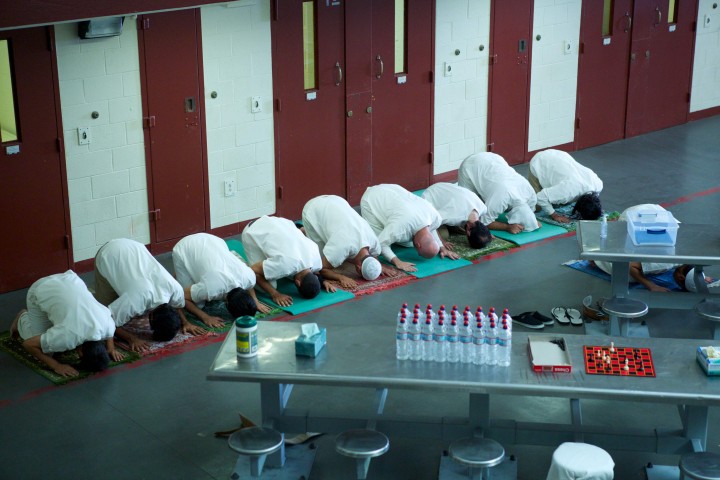 The film itself focuses on the latest batch of military recruits to work at Guantanamo, and one in particular Amy Cole played by Kristen Stewart of Twilight fame. It’s a story of her adaptation to life within the role of jailer, and her relationship with one particular detainee Ali Amir (Payman Maadi). There’s a clear evolution of her character in the role, as she goes from blindly following orders to soon questioning the humanity behind some of them in a way that endears the viewer to her plight.

Eager to make the distinction between prisoners (who have rights) and detainees (who have none) the trials and tribulations experiences by the detainees are reflected somewhat in their captors. From the isolation to pity, perhaps even touching on guilt you can see the kind of dichotomy and internal struggle that comes with doing something unjust at the order of someone else. 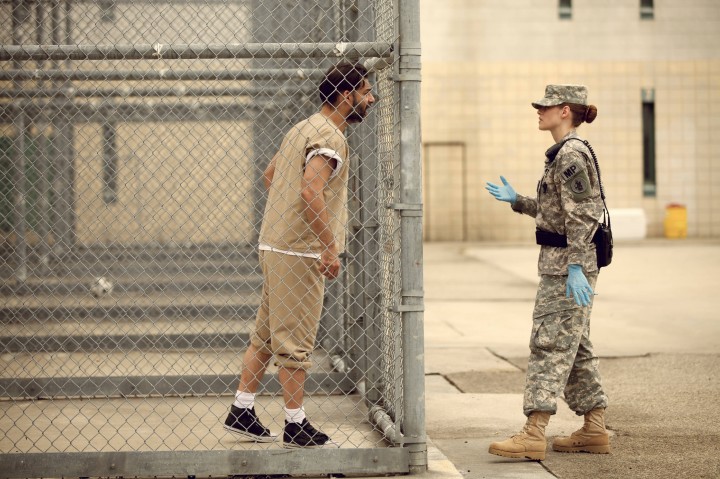 Whilst the film is well rounded and does follow through in a thematic and engaging way, I couldn’t bring myself to like the film as much as I tried to, because I can’t personally escape the politics of it. It’s well acted and written, beautifully shot even, but it does carry with it that slight bias of ‘I thought it was wrong, but did it anyway.’ As if that somehow is an excuse for the way the United States has flouted basic human rights, because the people doing it felt bad in doing so.

To the film’s credit I would say Stewart does consistently and without fail, connect with the audience and showcases a deep empathy with her charges, but I wouldn’t have said it was as unbiased as I would’ve liked. It comes with the territory of the narrative and I doubt very much it would’ve been as effective if shot from the perspective of the detainees, but it would’ve been nice to see more of Ali’s input and reaction to the situation he found himself in, rather than focusing so diligently on one woman’s guilt and rising discomfort with doing something that is ethically and morally questionable.

All in all though, it’s worth a watch, even if only to see Kristen Stewart in an emotionally rich and intriguing role and make up your own mind as to whether or not you can connect with her plight, or sympathise moreso with the detainees themselves.