Avengers: Age of Ultron has so very much in store for us but there is the inclusion of one particular character that has been the subject of much excitement and speculation. Paul Bettany (A Knights Tale, Priest), who has voiced the character JARVIS in four Marvel films, levelled up with his casting as Vision – the superhero-ing android. Since then there has been much banter as to whether the makers will stick to the traditional garb and red face which makes the character instantly recognisable.

The wait is over! We first got a fuzzy reveal when instagrammar Yeongjip Kim posted this image of himself in front of a banner featuring the Avengers plus Vision. Wooo! I hear you cry, he does definitely have a red face and the costume ain’t bad either, it’s hard to judge just how bright the colours appear on a filter applied Instagram image. Kim’s account has since disappeared of the face of the Earth and I suspect Marvel’s smartly dressed lawyers made an appearance, luckily for us once on the internet forever on the internet. 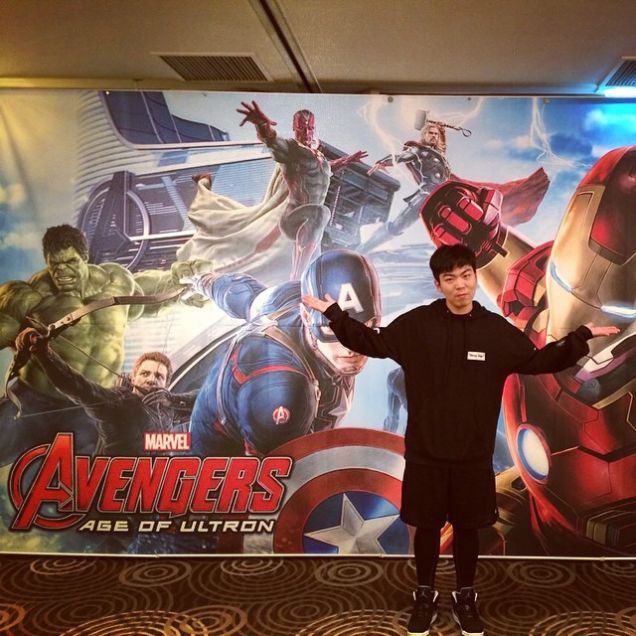 Yesterday another image appeared thought to be concept art for Sideshow Collectible that will inevitably be used to produce some top notch Marvel merchandise for the film. This better image reveals that Vision is adorned in a beautiful yellow cape, though I miss it not having the flamboyant collar. We have the signature red face and the costume overall contains more red and less yellow. If this remains the final costume design then I think, considering it’s for a live action film, it’s pretty accurate and quite impressive. 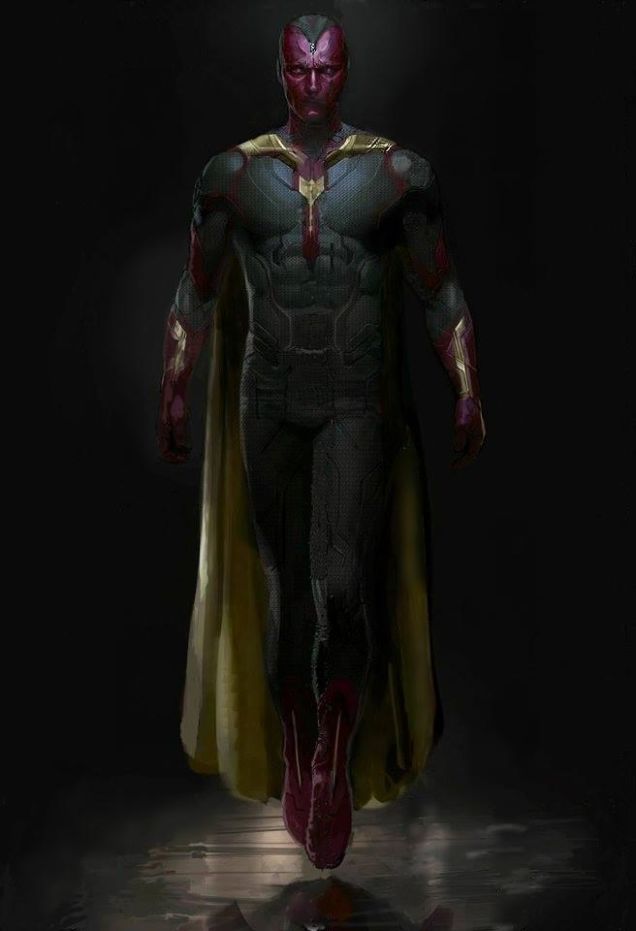 Editor and occasional writer for Geek Pride! I prefer Star Trek over Star Wars, collect comics and wish I could be a superhero one day. I tabletop RPG as well as a little gaming, design the odd t-shirt now and again, update my Geek Parenting Tumblr and when I have cash to spend (which is rare) I scour the internet for Wonder Woman collectables. Also Doctor Who and Firefly rock!!
More Goodness
Avengers 2avengers age of ultronMarvel