Very enjoyable. Would recommend to fans of zombies or the Dead Rising games.

Craig here again and I thought I’d tell you a little bit more about myself.

So, I work in an office when I’m not writing, and it can get pretty stressful. Now what’s the best way to get rid of your daily stresses? Well for me, I like to get home, make a fresh pot of tea, put on my bear slippers and enjoy a nice, family movie; Today, that wholesome slice of entertainment was Zach Lipovsky’s “Dead Rising: Watchtower”. 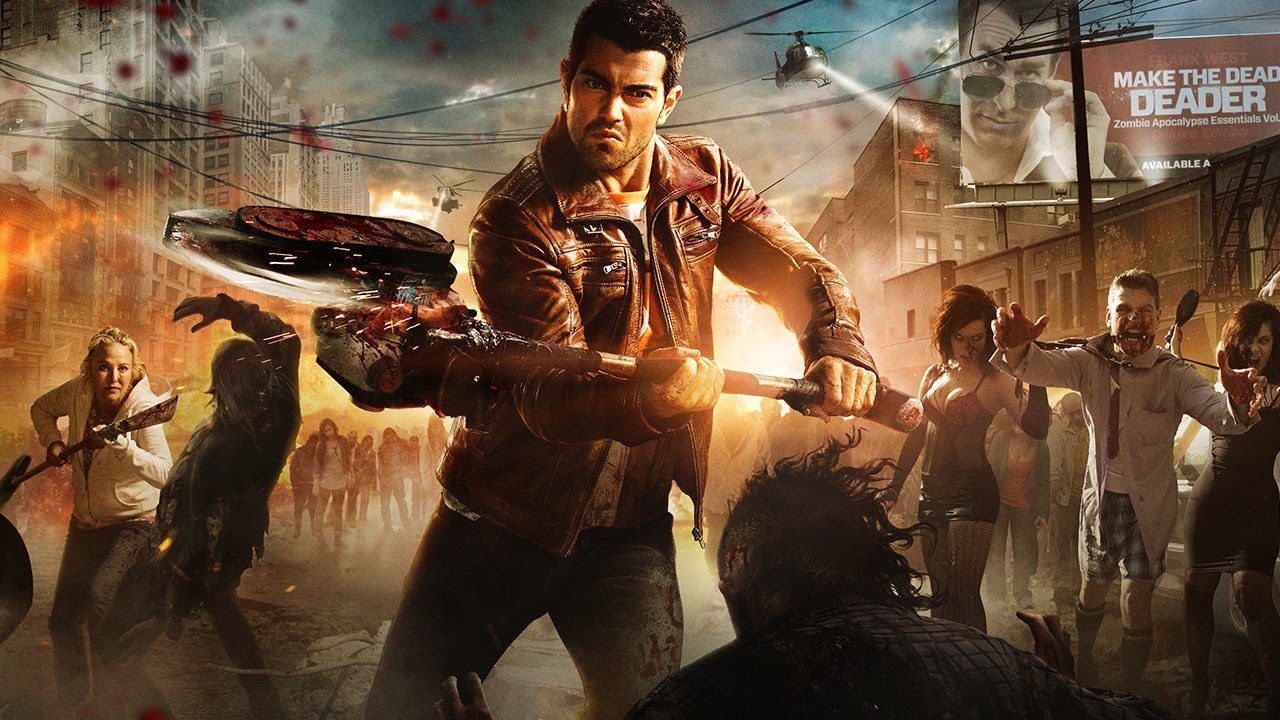 Yes, that Dead Rising – this film is a tie-in to the Capcom game franchise of the same name.

For those of you not familiar with the game series though, this is still a solid zombie action horror movie which should keep even you loyal Romeroists content.The central plot is set between the events of the second and third game and our story follows online reporter; Chase Carter (Jesse Metcalfe).

Zombrex (an infection supressing medicine introduced in the second game) is delivered to a quarantine zone but in the words of The Verve, the drugs don’t work.Chaos ensues as the outbreak becomes widespread within the city, leaving Chase and two companions fighting for survival while Chase tries to uncover the deeper story for the news.

Meanwhile, in the news studio, the Anchorwoman is interviewing zombie survivor and award winning journalist/author, Frank West (the protagonist from the first game, expertly played by Rob Riggle]) and Frank gives “expert” zombie survival advice to the viewers. This breaks up the main plot rather well and provides light hearted humour whilst still allowing the main story to continue as Chase reports in to the news channel.

Another sub-plot running through the film is that of Maggie, a mother who (avoiding spoilers) is trying to find her daughter.

I genuinely felt myself moved by Maggie and found her disjointed persona (the character is suffering from shock) worked very well. She is perfectly portrayed as a terrified, worried mother who is desperate to find her child and doing everything she can to cope in the meantime.

This film is definitely aimed at fans of the Dead Rising series, referencing all of the games (see if you can spot them all with some Easter Egg Bingo) at various points but as I say, this is a solid zombie movie in its own right; the main hook for the narrative (Zombrex) is explained right at the beginning with a Robocop style TV commercial and immediately the theme of the film is set.

The only downsides to the film would be some of the acting. It felt a little wooden at times and there was some questionable colour correction and camera angles in some scenes, but overall this didn’t detract from the film itself.

As a fan of both the zombie genre and the Dead Rising franchise I would definitely recommend this film to other fans.From its enjoyable characters – especially Logan, one of the main antagonists of the movie, to its tongue in cheek humour, if you’re looking for a good zombie movie but are bored of the classics then try and find this film.

If you’ve seen it already then let me know what you think in the comments!

And don’t worry, a sequel has been confirmed for next year also.

Craig has been raised on geekery from a young age when his Mum introduced him to Star Trek the Next Generation on TV as a kid. Since then, he has gained a wide love of all things "Geek", be it books/comics, cinema or gaming in all formats. He has a particular keen interest in all manner of RPG, be it on a tabletop or in a field larping.
More Goodness
ActionCapcomDVD