Eddard Stark… in Space! Sean Bean joins the cast of The Martian.

The Martian by Andy Weir is probably one of the big publishing hits of 2014. A story about a man trapped alone on a Mars colony long after the idea of such a thing has become quite dull, and the trials he faces in surviving until a rescue mission from Earth can arrive, it is critically-acclaimed and much loved by readers.

As a result, it was always going to be turned into a movie, and Ridley Scott is a pretty damn good choice for the director of such a film. Much of the cast has already been set, with Matt Damon playing the Martian and other heavyweights such as Jeff Daniels, Kate Mara, Michael Pena, Jessica Chastain, and Kristen Wiig already signed on to the project. 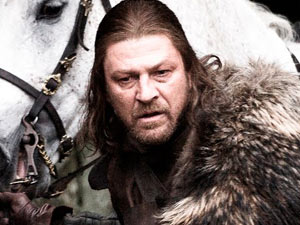 Well, in news that will delight our glorious leader more than anyone else, Sean Bean has now signed up to star in The Martian. His role will be the NASA flight director involved in getting Damon home. So he won’t really be in space, but screw it, because, frankly, this makes a great cast even better, and I truly cannot wait to watch this film, set for a release in 2016.

Also, given Bean’s role, he’s pretty unlikely to die. But you never know…

Sean is an editor, writer, and podcast host at Geek Pride, as well as a novelist. His self-published works can be found at all good eBook stores.
More Goodness
Ridley ScottSean BeanSpace