Movies make my world go around. From the mainstream to the macabre, foreign to freaky, I like to think there’s a facet of cinema that everyone can enjoy. My personal preference of course, is well known now to be independent and foreign predominantly, but I’m never going to say no to the opportunity to witness a few gems of movie magic when given the chance. Which is why I had to jump at the chance, when the lovely folk over at Edinburgh Film Festival granted me press access for this year’s festival.

Taking place for, astonishingly, the 68th time – this year’s festival ran from 18th to the 29th June and brought with it the usual collection of jaw droppingly fabulous films you’d likely expect. Accompanied by an industry strand, not only were films on offer, but also panels to advise film makers about everything from funding to directing to (if the networking drinks are to be believed) drinking your fellow attendees under the table! Add to this the open air cinema screenings that entertained several thousand people the weekend before the festival kicked off, and it’s easy to see why EIFF is regarded as one of the most friendly festivals out there. It’s so inclusive and wide reaching, there’s definitely a niche for everyone. 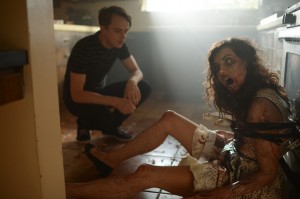 Life After Beth brings Zombie films up a notch.

But what about the films, I hear you ask! Surely it’s not a proper round-up of the entire festival without a couple of my top picks, but I have to say, hands down, my favourite film of this year’s festival was ‘Life After Beth’; a quirky zombie rom-com staring Dane Dehaan (Zach) and Aubrey Plaza (Beth). The film essentially focuses around the rocky road of their relationship following Beth’s death and evident resurrection as a zombie. Zach just wants things to work out and remain supportive through the ever growing appetite and irrationality of his girlfriend. It’s not what you’d necessarily expect, but it’s witty and it’s clever. What really defined it for me though, was how the acting was so spot on it involved you as much as it entertained – and I have to confess to really enjoying it for that reason. 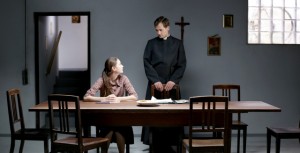 Stations of the Cross at this year’s EIFF.

In contrast to this lighthearted, but undeniably dark comedy, I also found myself particularly enamoured by Dietrich Brüggemann’s offering with ‘Stations of the Cross.’. Told in a series of 14, tableau’s and utilising primarily single shots, the film follows the journey of Maria – a young girl raised in what can only be described as religious fundamentalism. It explores the lengths at which she’s willing to go to in order to be closer to god, and the earnestness with which her parents enforce this, by being so hardwired into their own religious beliefs. It’s quite heavy going, I won’t lie, but the acting and visuality of it is beautiful in it’s own right. I especially like the interspersed bits of humour amidst such a strong subject matter, as they help to enforce a normality to the lives of those affected by religion, without it being too suffocating. 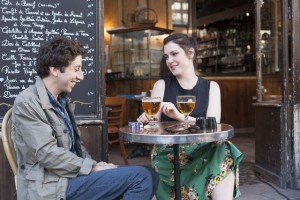 Next up on my list of highlights has to be another comedy, this time by The Big Bang Theory’s Simon Helberg: ‘We’ll Never Have Paris.’ It’s a film based loosely on true events and follows the valiant attempt of a wayward boyfriend to win back his girlfriend after cocking up their relationship completely. It’s exactly what you would expect of a rom-com, but I wouldn’t have said it was bad. Some of it is cliched, and yes some of it is predictable, but it’s an enjoyable experience from start to finish, even if it might’ve felt more at home being viewed from the sofa on a Saturday night, than screened on EIFF’s closing night gala. Despite what the critics have said, I actually really enjoyed it and I don’t think the jokes fell flat in the slightest. They were quick, they were funny, and they were real. I’ve watched a lot worse and credit where credit’s due, I think Helberg did a brilliant job of directing. 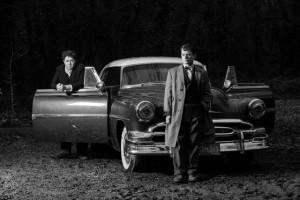 On the Set of Director / Andy Goodards ” Set Fire to the Stars” starring Elijah Wood and Celyn Jones:
The movie tells the story of the relationship between aspiring poet John Malcom Brinnin (Elijah) and his hero Dylan Thomas (Jones),
Photo credit: Stuart Conway

By contrast again, I also have to give a shout out to the fabulous Set Fire To The Stars too, which is a film charting a few weeks in the life of Welsh poet Dylan Thomas’ and his manager as they journey across America on tour in the 1950’s. Shot in black and white it’s beautifully stylised and easy to watch, with performances by Elijah Wood & Celyn Jones (who I have to say, while interviewing them last week, are the most adorable chaps you could ever wish for.) really adding a depth and realism to an already inspiring tale. As someone that adored The Edge of Love a few years back, I was cautious about how to approach this film, but I have to say the contrasts are astounding – and I think it’s a testament to the progression Dylan Thomas made over the years, as both films look at different aspects and periods within his life. There’s a lot of seriousness in Set Fire To The Stars, but it’s also interspersed with just the right element of humour and quirkiness to make it feel real and tangible – which I think is a true testament to everyone involved in it’s creation. 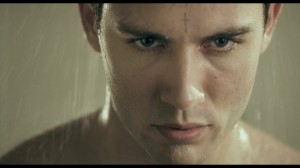 My final pick for the EIFF this year however, has got to be We Are Monster. I didn’t actually like the film at first, but when I was rewatching it following an interview with director Antony Petrou, and star Leeshon Alexander, I have to admit it’s grown on me considerably. The film is based on true events and documents the things that transpired in the run up to the racially motivated murder of Zahid Mubarek in Feltham Young Offender’s Institute back in 2000. It’s a harrowing watch, not least because murderer Robert Stewart is portrayed in two veins of consciousness. In an attempt to try and flesh out his motivations, he’s shown as having an alter ego, and the schizophrenic degree of interaction between two sides of his psyche is both powerful and frightening to watch. Add to this the deliberate choice of warm colours, and you definitely meet with Petrou’s desire to make the audience feel slightly comfortable in their discomfort, which is both an unsettling and unique angle to be trying to convey. The film also touches on the failings of the prison service, which raises a valid political statement too, and to me We Are Monster is a very useful and relatable cornerstone to get people talking about what is still an evident issue. 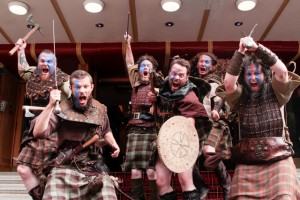 Aside from the regular programme though, I also have to give an honourable mention to the Braveheart anniversary screening which took place at the festival. Kitting out the Dominion theatre with tartan carpet, stars of the movie came out to pay their respects to their 20 year old creation, alongside the 700th anniversary of the Battle of Bannockburn. The film may not be historically accurate in the slightest, but at least it’s entertaining, and the cast that did walk the tartan carpet and participate in the ensuing Q&A were so enthusiastic and positive about the movie, even two decades later, it screams an element of pride that I have to say is quintessentially Scottish.

So all in all, I have to say EIFF has once again impressed me and I honestly can’t wait for next year to roll around so I can do it all again. The films, the places, the atmosphere, the city. Everything about Edinburgh Film Festival screams welcome, and for that reason alone, I have to say it’s actually been my favourite festival of the year so far.