Oh Rodriguez, why isn't this so much better? 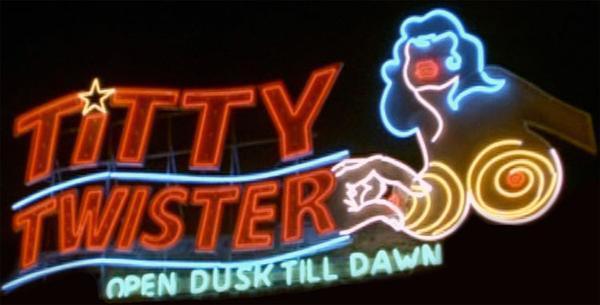 Note: if your chest actually looks like this, please notify a medical professional

Before I start, I should explain that From Dusk Till Dawn is one of my favourite films. The sequels were broken crap that made no sense, but the first film’s mix of Tarantino attitude, a tense crime caper and sudden grindhouse exploitation horror was absolutely inspired. I can’t tell you how many times I’d seen a film or “serious” genre drama and wished it would suddenly take an unpredictable turn to splat-gore death fests.

As I mentioned in this article when the series was announced – this was an opportunity to really strike out with a fearsome product, flowing with independent talent and ambition. Being a co-creator and director of the original film, as well as lots of highly watchable lunacy like Machete, Spy Kids and Sin City, you might expect Rodriguez to, above all, “get” what made From Dusk Till Dawn so great.

Unfortunately, his efforts this time seem to have entirely missed the target.

From Dusk Till Dawn’s world had a lot to offer in the transition from film to TV. Potential backstory includes: What did the Gecko brothers do before the events of the film? What happened to bring them so closely together?  How did Richie get Seth out of jail? What happened at the bank job before the film started? What are the origins of the temple? What are the backstories of some of the other travellers to the Titty Twister? What else are the vamps involved in, and who else could the Geckos have pissed off? Why is Richie so messed up? How was Seth arrested in the first place? Were there any other members of their gang, perhaps that want revenge?

And through it all, there could be Tarantino-esque humour,  tension and unpredictable tension that American box-sets are great for sustaining. The criminal aspects to the story could’ve been played up for interesting, tense action right from the start. The crime caper arc of the original film could’ve been turned into the Gecko brothers’ criminal careers, full of standoffs and heists; effectively, they could’ve been little standalone heists and backstabbing with little bits of foreshadowing that would culminate by the time the series got to its take on the series canon.

(Not that type of cannon.)

Instead, that angle has been ignored in favour of simply lengthening out individual scenes from the film to 45 minute episodes. Unfortunately, where those scenes work in the film through its compact format, they do not upscale well; newly introduced characters and actions feel lame, tacked on or just stupid (hostage girls beating up Richie? Seriously?) and the foreshadowing… oh boy, I’ll come to that later.

My main issue with the show is the—

This series has sacrificed everything that gives the film have soul, heart and actual bite. And if you have issue with those puns, allow me to drink this bottle of whiskey and bust it over your melon-fucking head.

The series version of this scene, one of the most well-known parts of the film, didn’t even use the word “pussy” once. Likewise, the series is missing almost all shocking, offensive or gory elements. In principle, this would not make it unsalvageable if the story was told exceptionally well and if the coarse humour was adequately replaced. In practice, however, it’s a now an utterly neutered form of a film whose charm was extensively intertwined with being rude, un-PC and revelling in brutal macho silliness.

It is effectively the old “selling out” argument. Rodriguez or the producers or whoever, saw From Dusk Till Dawn and thought, “this needs to be less offensive to appeal to the widest audience, so let’s get rid of swearing. And anything that might offend anyone else. Let’s also get rid of almost all that sexual predator creepiness that Tarantino embodied too well in the film. Let’s sanitise everything and hopefully there’ll be compelling characters and a rich world to draw upon.”

As a standalone, it may have worked. As From Dusk Till Dawn, it’s a big, fat Cleveland steamer on its own original merits, creativity and innovation.

Look at the following dialogue:

will kill ya as quick as a bullet.

Those burritos are only fit for a

hippie high on weed. Pull me down a

Every inch of it hot and miserable.

First off, Nadine at the Blue Chip

got some sorta sick, so that Mongoloid

boy of hers was workin’ the grill.

from Rice Krispies. I ate breakfast

at nine, was pukin’ up pigs in a

Isn’t there a law or something

against retards serving food to the

Well, if there ain’t there sure oughta

be. Who knows what goes on inside

You could sue the shit out of her, ya

know. That kid belongs under a circus

tent, not flippin’ burgers. You could

own that fuckin’ place.

What the hell would I do with that

grease pit? Besides, Nadine’s got

enough of a cross to bear just taking

care of that potato head. Then all

this Abilene shit happened. You

heard about that bank robbery in 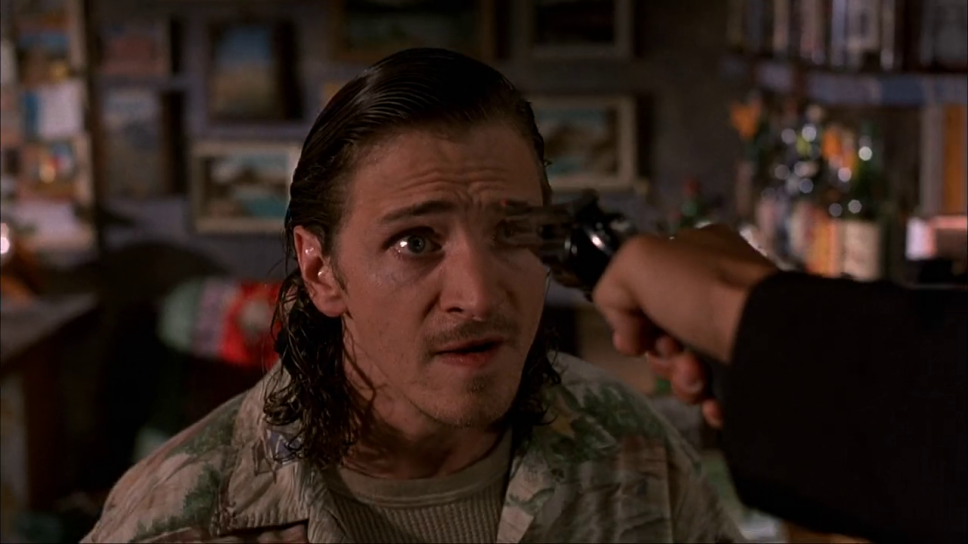 To make a writer write well, you’ve got to encourage them properly.

The show has nothing that comes close to that, either in guilty humour, believable interactions or shock value. The dialogue is dreadful, and not in a good way for something playing at being horror; it’s so poor it actually harms the performance of the actors. It sometimes attempts to be Tarantino-esque, but it just comes off as try-hard fanservice talking about Bruce Lee films or whatever. The exposition and character motivation is similarly awful – it is hyper-obvious and uninteresting. Gone is the sudden death of Earl McGraw, replaced with a clichéd drawn out death scene with a simple vengeance request.

Imagine if instead of that, Richie had shot Ranger Gonzalez’s (Jesse Garcia’s) character in the balls after covering him in the brains of his boss. Later on he’s breaking out of hospital with a lucky wound and will have to limp for the rest of the show, but by God does he hate Richard Gecko. And I’m sure on his way he would find some special items that will inevitably come to be very helpful in the climactic arcs. But no. A far safer and less interesting scene that lasts the bulk of an episode.

Not only is the dialogue bad, but it’s missing the phallic bluster of its film equivalent. I want to be offended; throw as much racism, misogyny and four-letter words at me as you like, but for the love of Mictlantecuhtli, make sure you make it interesting. 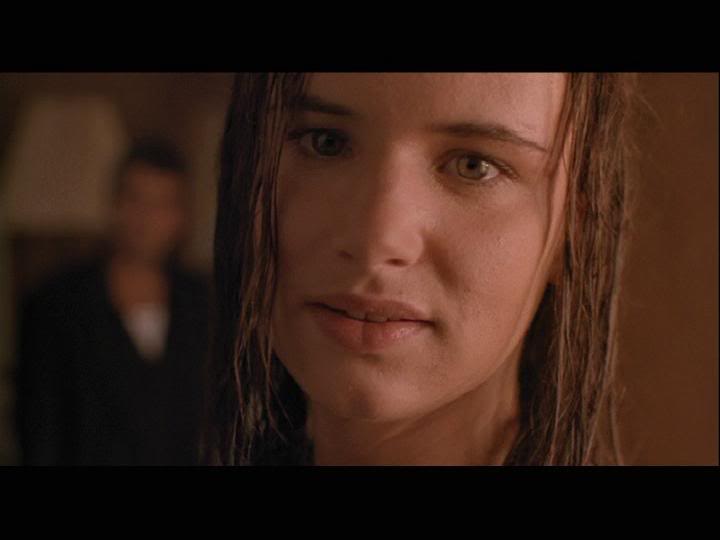 Richie, could you be offensive for me, pleeeeease?

“Richie, could you help me take my bikini off” is nowhere near as arresting as “Richie, could you eat my pussy for me, pleeeeease?”. If anything, if you want to leave your mark on the project, Rodriguez should’ve gone in the opposite direction and made it more uncomfortable and offensive. These are the things that independent, creator-owned TV should be good for; creative vision and no compromising with the Mary Whitehouses of the world.

Of course, if they did that, maybe they’d get stuck and not write at all.

The show suffers from obvious, hamfisted foreshadowing. The first episode has Richie see fully-lit snake women making it abundantly obvious that subtlety is not something this series is going to invest in. Satanico Pandemonium then appears to Richie at regular intervals to say the same thing whenever the writer wants a pointless dream sequence to remind the audience this is going somewhere, in case we forgot all the other times or how all the characters are constantly talking about it.

Compare this approach to that of American Horror Story for a moment, the storytelling of the mythic aspects in that show was far more effective. Little bits of the show’s mythology were revealed in shadowy, interesting morsels; they were not flatly thrown up in plain sight, showing that you really can do fantastic drama, black comedy and horror that the audience is already familiar with in a very interesting way.

Monsters, human or naga, should also never be shown in full until late on, this is a simple way to manufacture visual mystery and avoid things looking too fake, especially if you’re on a tight budget.

The Characters and Actors 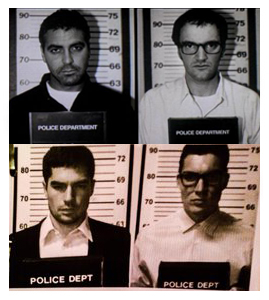 Hi there, we would like to talk to you about Mexican vampires

As previously mentioned, Richie is not nearly creepy enough; he has been changed from a phenomenally off-putting rapist geek descending into psychosis into some 50s throwback-meets-prophet. And the guy, Zane Holtz, well, he looks like a Calvin Klein model. 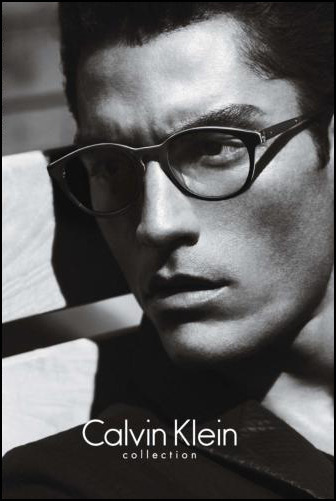 Richie, is that you?

Seth is not charismatic enough. He doesn’t have Clooney’s swagger but his whole performance seems to just be emulating Clooney. This isn’t necessarily a bad casting choice, but with the lack of actual bouncing off other characters, his performance is flat.

The brothers themselves are all off. In the film, you got the feeling that Seth had stepped in to lead his little brother in the absence of a father figure. In the series, Seth starts out hiding in a toilet angsting, though the actor doesn’t have the pathos to pull it off. I’m okay with the dynamics being different, however, so long as it reflected evolution over the course of the story. That’s not what’s happened, however; Seth has been relegated to a much weaker position and doesn’t even say offensive things, making you wonder what point does he have at all? He’s not even comic relief anymore.

Robert Patrick is a great actor that’s been abused by this franchise once before, but he’s back again. And his performance is easily the best thing in the whole show. His lines are delivered better than the script deserves and I feel actual conflict and love between him and his kids. It is unfortunate that the kids are boring, but I think this is more down to the script and possibly the direction than them as actors.

Everyone and everything in this show is too clean and pretty. The motel is supposed to be a dive run by a mean old bastard. The Titty Twister should have broken teeth between floorboards and layers of grime on their glasses. The Titty Twister should’ve had tits, for God’s sake! Instead, it’s like everyone’s moving through brand new plastic show homes, fresh from the perfume ads they all just starred in.

And I’m not fooled by the yellow colour correction.

Do you remember the “come on in pussy lovers” speech by Cheech Marin? Imagine that but instead it could be shown on daytime TV. Then imagine the whole film is that but with Calvin Klein models and each scene takes 45 minutes. That’s this.

Dr Arden from American Horror Story Asylum, could you sum this up for me?

I was born very early in my life and now live on a diet of scorn and sarcasm. Follow me @ryezuul
More Goodness
DJ CotronaFrom Dusk Till Dawnrant

From Dusk Till Dawn TV Series