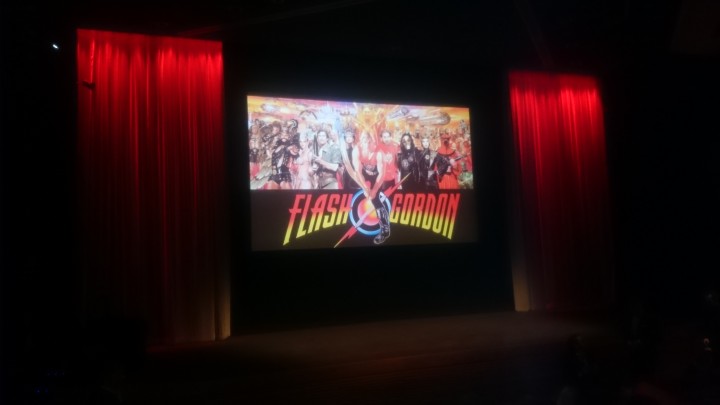 The past weekend I’ve had the privilege of being in the company of some of my childhood heroes.

Saturday November 28th at BAFTA headquarters played host to the cast and crew of FLASH GORDON to celebrate its 35th anniversary of this cult classic. A gathering that even artist Alex Ross donated his amazing talents to with a 3ft poster that was given to everyone who attended. 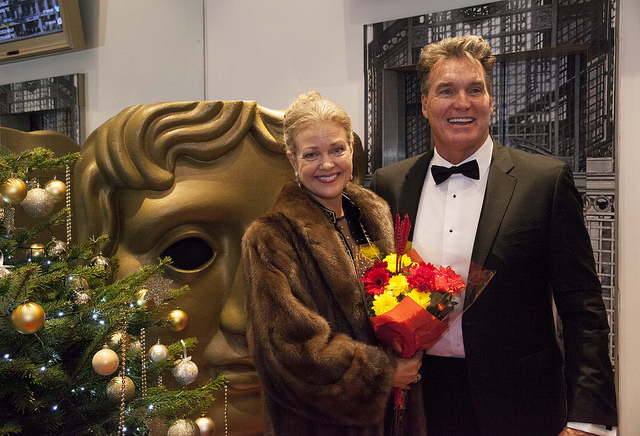 Also in attendance were other UK celebrities such as Matt Berry, Nicky Clarke and Marcus Brigstocke. 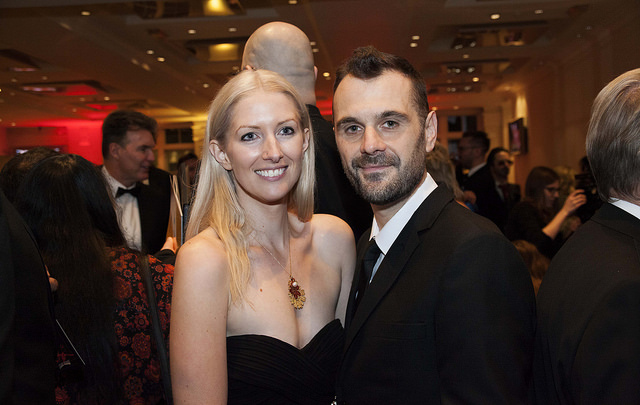 The night started with the warmest of welcomes by the hosts of the evening, where upon I was presented with my Press badge, VIP lanyard, a Flash Gordon Catalogue and offered complimentary drinks and finger foods while mingling with the other guests and taking in the sights of some amazing Props from the feature film that were on display. The hosts of the evening were very helpful in answering any, and all, questions and were very apologetic if things were running late. 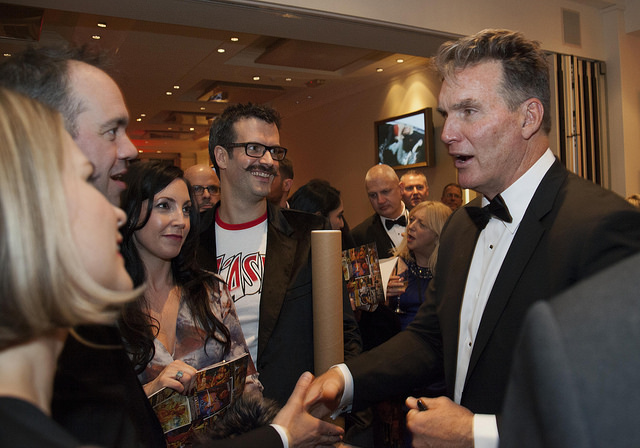 Soon after the stars made their entrances and were gently approached by fans with autograph and selfie requests; which Sam and Melody were only too happy to provide. Others were taken to the green room where they caught up with each other and chatted while press were given their time slots for interviews. I was extremely lucky to be granted an audience with Sam, Melody and Brian all at once. When I was told that I nearly fainted and squealed with girlish glee, this opportunity was mine and I wasn’t going to waste any time I had with them. 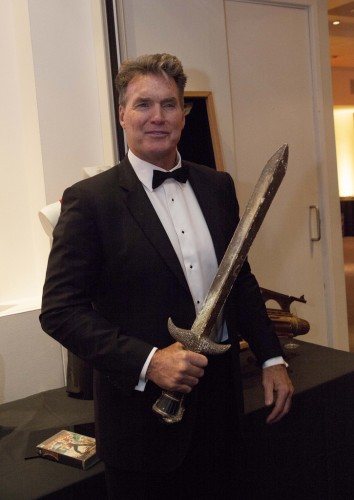 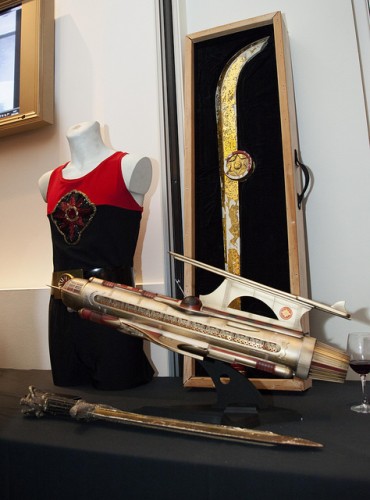 Talking with my heroes, I’ve never had so much fun, it wasn’t an interview as such, more like just a warm chat with friends I haven’t seen in years; that’s how comfortable I was made to feel. Brian Blessed was like a grenade when I came to having a chat; pull the pin and watch him Explode!

He was brilliant and his enthusiasm towards ‘Flash Gordon’ after 35 years was still an incredibly excited one; I was only given 10 minutes with them but Brian kept it going for nearly 20 and it got to  a point that one of the organizers had to stop us as others were waiting.

I made my apologies, to which Brian said “we were just getting going too”, the stars signed my catalogue (which we will be giving away to a lucky Geek Prider soon). I shook everybody’s hand, had a cheeky group photo, said my farewells and joined the rest of the group inside the theatre where the Classic Cult Rock Opera was being shown on the big screen.

A brilliant Q and A followed after the screening where Brian, once again, stole the show with his incredible command over the stage and audience left us doubled over in laughter. 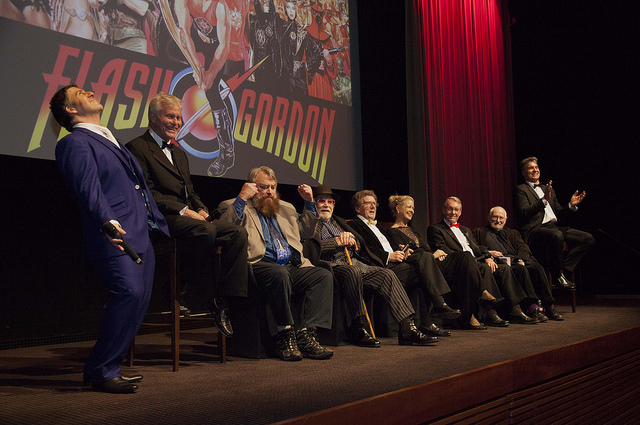 I can’t thank Lisa Downs and her team enough for a brilliant time and I’m still on a huge high from the evening. FLASH GORDON is timeless, it was great to feel like a kid again and it brought back some great memories of my grandfather reading me ‘Flash Gordon’ and seeing the film for the first time with him.

Thank you all for making this Geek and many others like me’s night….Gordon was definitely ALIVE! in well in the hearts and minds of all who attended this amazing night. 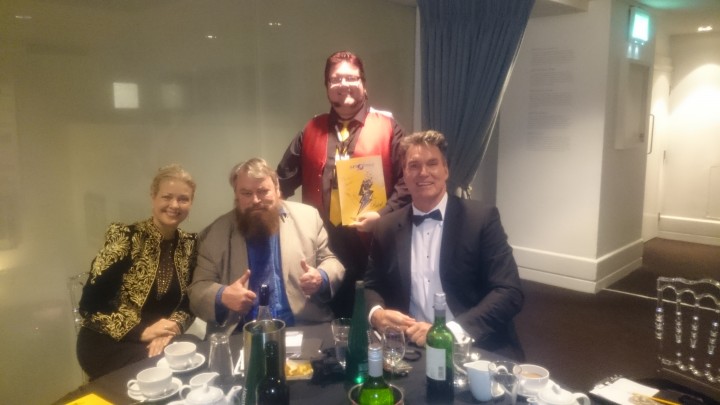