Gotham has found its younger version of good ol’ Jim Gordon in the form of Ben McKenzie.

No stranger to playing a role in law enforcement, McKenzie appeared in cop drama Southland, following on from his breakout role in teen angst drama the O.C. Interestingly, he also has a Batman credit under his belt – he voiced the Dark Knight in the 2011 animated Batman: Year One 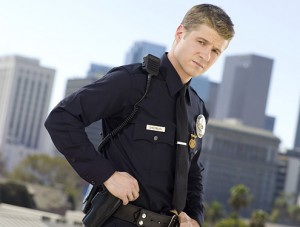 The upcoming series produced by Fox/Warner Bros, will revolve around the experiences of  James Gordon before he becomes Commissioner and ally to Batman – his origin story if you will. Fox president, Kevin Reilly, also confirmed back in January that the show will feature the making of some of the iconic villains known to Gotham – with mention of the Riddler, the Peguin and Catwoman. But you can’t have Gotham without Bruce Wayne only this Bruce is going to begin the series around the age of 12 with us witnessing his journey to donning the cape for the first time – which will probably be the series finale as it was with Superman in Smallville.

It also seems that Fox are taking this series very seriously, not only planning to show Bruce’s rise to Batman – which will obviously take several years, but Reilly also confirming that Fox have negotiated a “very healthy licensing fee” to secure “all of the underlying Batman rights for the entire franchise.” He added: “This is not some adjunct companion series.”

So the first cast member has been announced and it’s expected more will follow in the next few months. But what is your opinion on this series? Is it going to be another Smallville or will it have that element of gritty drama that Gotham is so famous for? We encourage you to comment below.

Editor and occasional writer for Geek Pride! I prefer Star Trek over Star Wars, collect comics and wish I could be a superhero one day. I tabletop RPG as well as a little gaming, design the odd t-shirt now and again, update my Geek Parenting Tumblr and when I have cash to spend (which is rare) I scour the internet for Wonder Woman collectables. Also Doctor Who and Firefly rock!!
More Goodness
BatmanBen McKenziebreaking