previous
Extra Footage for Avengers: Age of Ultron - Let the Squeeing Begin!
random
next
A Brand new Age of Ultron clip is out!
Film and TV
0 likes 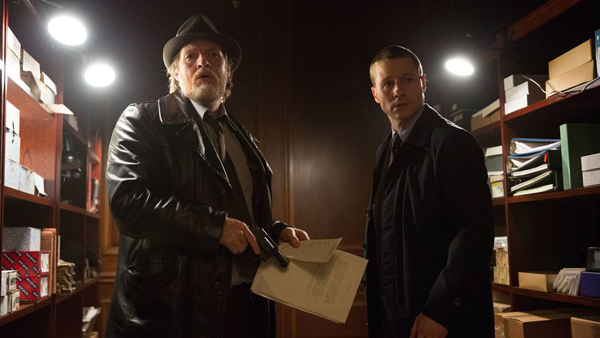 The idea of a TV series set in Gotham City years before Batman appeared, explaining the origins of James Gordon, Harvey Bullock, The Penguin, Cat Woman and various other characters associated with DC’s Dark Knight, sounded like a great idea in theory. Unfortunately the execution has been distinctly lacking thus far.  Fox’s new TV series is beset by problems, much like the city it takes its name from.

One of Gotham’s major problems is its kaleidoscopic tone, which seems to shift constantly, often several times within a single episode. Does Gotham want to be a noir tinged police procedural show about odd couple Detective James Gordon and Detective Harvey Bullock tracking down the rampant criminals within the city, does it want to be a brooding mob drama, does it want to be a camp and hokey homage to the Adam West Batman series, does it want to be the story of a criminal’s rise to power? Gotham is all of these and more, often at the same time in the same episode, making for a jarring experience.

The city of Gotham is one of the best features of the series, with impressive establishing shots and locations giving a real sense of the disparity in Gotham, a city that is Dickensian in its division of the poor and disadvantaged and the rich elite. Unfortunately, whilst the locations might add character to the series, when it comes to the actual characters Gotham struggles. One of the clear problems is having lots of good characters and not really knowing what to do with them.

Case in point is the young Oswald Cobblepot, impressively portrayed by Robin Lord Taylor. The pilot episode features Ben McKenzie’s Gordon being ordered by Donal Logue’s Bullock to execute Cobblepot to show that he is on side with how GCPD works as an inherently corrupt organisation often at the bidding of mob boss Carmine Falcone, played with subtle menace by John Dorman. Gordon lets Cobblepot live but tells him never to return as he dumps him off Gotham’s docks.

This would’ve been a great opportunity for Cobblepot to return at the mid point of the season with a new gang in tow and wreak his revenge on those that thought he was disposable. Instead however, he returns the next episode because no one seems to really know what Gotham is actually about or where the story is going. 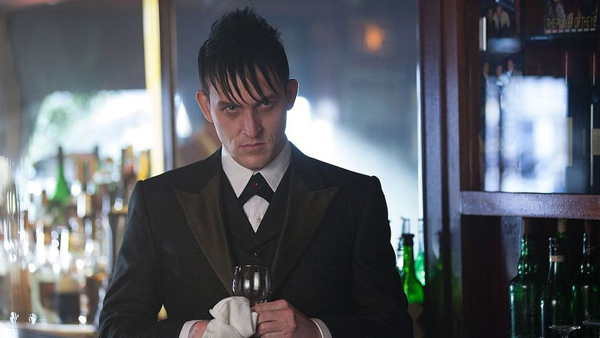 The young Selina Kyle is another example after featuring memorably in the first 2 episodes where Camren Bicondova does a good job of showing the future Catwoman’s street smarts and independence, she shows up in a scene in a later episode which blatantly contradicts this as she tries to lift the wallet of an affluent sort stood next to his car in broad daylight in full view of several witnesses including Bullock and Gordon. This is the kind of thing that really makes it seem like the writers are just throwing it in there just so viewers don’t forget who she is.

Then there’s Jada Pinkett Smith’s crime boss Fish Mooney who could be lifted straight from the Adam West series such is the camp of her performance, a performance which grates spectacularly when played up against Dorman’s mob boss who is portrayed as a serious and dangerous villain. Barbara Gordon, James Gordon’s fiancee played by Erin Richards, seems to serve little function besides being Gordon’s fiancee and wandering around the Patrick Bateman-esque Gordon apartment without pants on. Barbara Gordon is just as tied into Batman’s mythology as her husband, but here she serves little purpose besides reminding viewers of previous plot points under the guise of discussing things with her fiancee.

David Zayas plays Sal Maroni, the other mob boss of Gotham, but in contrast to Dorman’s Falcone he comes across more as a panto villain than someone to be feared and his threats to Cobblepot, now working in his restaurant under an assumed name, come across as funny rather than menacing.  Renee Montoya (Victoria Cartogena) and her partner Crispus Allen (Andrew Stewart Jones) seem to be the only good cops in Gotham besides Gordon but have very little to do due to vast amount of characters all vying for screen time. Montoya’s relationship with Barbara Gordon is there which is good but how it’s portrayed is another matter, entering Gordon’s place without permission because she has a key and wants to talk to her ex should be really creepy but is charged with sexual tension because lesbians.

Gordon and Bullock are the best characters on the show with Donal Logue impressing as Bullock despite his character being pretty much everything that can be wrong with a cop: cynical, apathetic, indifferent to the law, prone to violence and open to bribes. They work well as an odd couple but their interplay often gets bogged down in the myriad other elements of the series.

Tone wise, the series swerves all over the place like an articulated lorry with a drunk behind the wheel, the pilot featured a gritty tone but the follow up, which featured a story based around homeless children being kidnapped for nefarious purposes, isn’t dark or gritty at all thanks to the camp rather than sinister child snatchers. 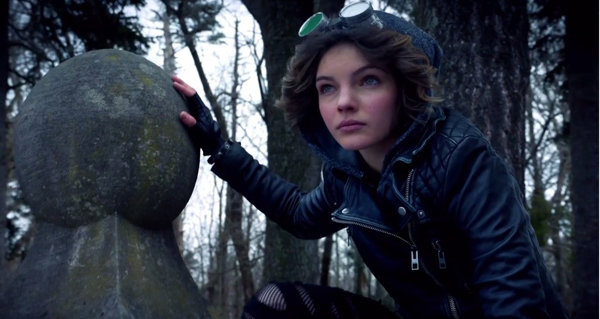 The series is seemingly sold on being a somewhat serious drama but comes across more as throwaway, forgettable escapist entertainment. If you don’t like one scene just wait for the next which may be utterly different due to the lack of focus or central tone. Characters across the board have very little in the way of development, the only exception to this is the young Bruce Wayne played by David Mazouz and Alfred played by Sean Pertwee. Seeing the young Bruce become enthralled in finding his parents killers with files spread across the table  and his bond with Alfred deepening makes for great foreshadowing but the irony of this is that we already know Bruce Wayne’s story.

Gotham is also as subtle as a nailbomb with Selina Kyle preferring being called “Cat” because she becomes Catwoman obviously and more than one person saying Cobblepot walks “like a penguin”. Then there’s Cory Michael Smith‘s Edward Nygma who speaks almost entirely in questions and riddles because he becomes The Riddler. This highlights another major problem for Gotham, the writers seem more interested in who these characters become than who they actually are.

Arkham Asylum is set to be a key feature in the series according to Executive Producer Bruno Heller  which has already resulted in chatter about The Joker or Harley Quinn featuring in the series, or more likely Harley Quinn’s previous identity Dr. Harleen Quinzel, a psychiatrist at Arkham. The writers are struggling to handle the characters they have at the moment and yet there’s the outcry for more.

One of the biggest problems for Gotham comes in episode 3 where a vigilante starts targeting white collar criminals in Gotham, with Bullock applauding his efforts much to the chagrin of Gordon. Whilst its whacky premise, vigilante kills with weather balloons, no really, shows yet another shift in tone it’s what’s implied at the end of the episode that’s really a problem. The close of that episode implies that Batman isn’t the long awaited saviour that Gotham City desperately needs but rather just the latest masked vigilante nutjob to take the law into his own hands, completely robbing the idea of Batman having any importance to Gotham.

Episode 6: The Spirit of The Goat, written by Ben Edlund (the writer of several memorable Angel episodes amongst other shows and creator of The Tick), is the first episode where everything seems to actually click and it works because it has more focus, something which is distinctly lacking in previous episodes. Rather than trying cram in every character Edlund jettisons a few of them and it works all the better for it. The biggest reason for why it works though is it finally sees some development for characters. We see why Bullock is the way he is via a flashback to his early days with GCPD, tracking down a brutal killer with his alcoholic veteran partner Dix, played well by Dan Hedaya.

Despite being distinctly dark and gritty in both tone and story Edlund still manages to fit in a comedic scene featuring Nygma that, most importantly, actually works for the character and doesn’t seem as woefully contrived as the character’s other appearances. The best part though is the episode ends on an effective cliff hanger, making you actually want to watch the next episode, something which hasn’t happened previously.

The fundamental problem with Gotham though is that despite however hard Gordon struggles to root out the corruption and crime which saturates the city, he can’t succeed because if he did then Gotham wouldn’t need Batman.

It’s early days for Gotham so maybe this is just the show finding its feet but it’s hard to see how the 22 episodes of season one are going to play out when there’s so little indication of what Gotham is supposed to be about and so little direction or focus to the story. Gotham might improve drastically over time, whether people are willing to wait is a different matter.

Andy Haigh started writing to counteract the brain atrophying effects of Retail Hell, now it's an addiction. Andy is an unrepentant sequential art absorbist and comics are one of his passions. Other interests include Film, Music, Science Fiction and Horror novels and quality TV like Game of Thrones. He can talk about these at great length if only someone would listen. He lives a somewhat hermit like life in The Shire, spends too much time on social media and is still waiting to go on an adventure.
More Goodness
Alfred PennyworthBatmanBen McKenzie