by Cristina Bogdan on 24/04/2013
Details
Total Score
Hannibal focuses on “the rise of Hannibal Lecter” to the legend that he is today in the consciousness of The Silence of the Lambs fans all over the world. From the books that spinned into two movies, the aforementioned Silence of the Lambs and Red Dragon, to the more recent NBC hit show, people just can’t seem to get enough of this particular cannibal. Giving the charm he oozed in Anthony Hopkins’s interpretation, it’s easy to see where the attraction lies. 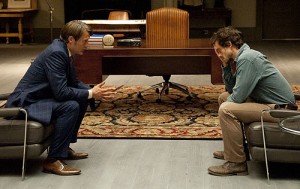 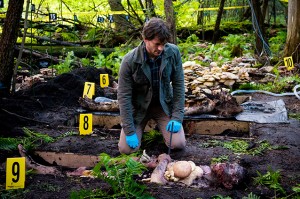 What's there to say about me? I love the sci-fi and fantasy genre when I read, but I am in no way limited to that alone. I do think Frank Herbert deserves a statue for his writing(if there is one, point me in that direction, please). I enjoy writing quite a lot, but I am also kinda lazy. If you want to make me happy give me books or Doctor Who collectibles. Or a real TARDIS, in which case I will love you forever.
More Goodness
breakingbryan fullerhugh dancy