previous
George Romero and son crowdfund Night of the Living Dead prequel "Origins"
random
next
The Disappearance of Eleanor Rigby: Them - LFF 2014
Film and TV
0 likes

With a smorgasbord of superhero movies being announced in the last couple of weeks it’s all getting a little dizzying, so many titles coming in the short space of just 5 years, it’s easy to lose track. Handily for us geeks, the folks over at Comics Alliance have put all this information in the form of a handy infographic. It includes all the known films coming from all the studios placed on a timeline plus those that don’t have a date as yet. It is a whooping 40 films.

It is safe to say now is the time of the superhero movie, but start saving folks. Taking the average cinema UK & US ticket prices, to see all these films as the should be view, in glorious big screen, it’s going to cost you about £270/ $320 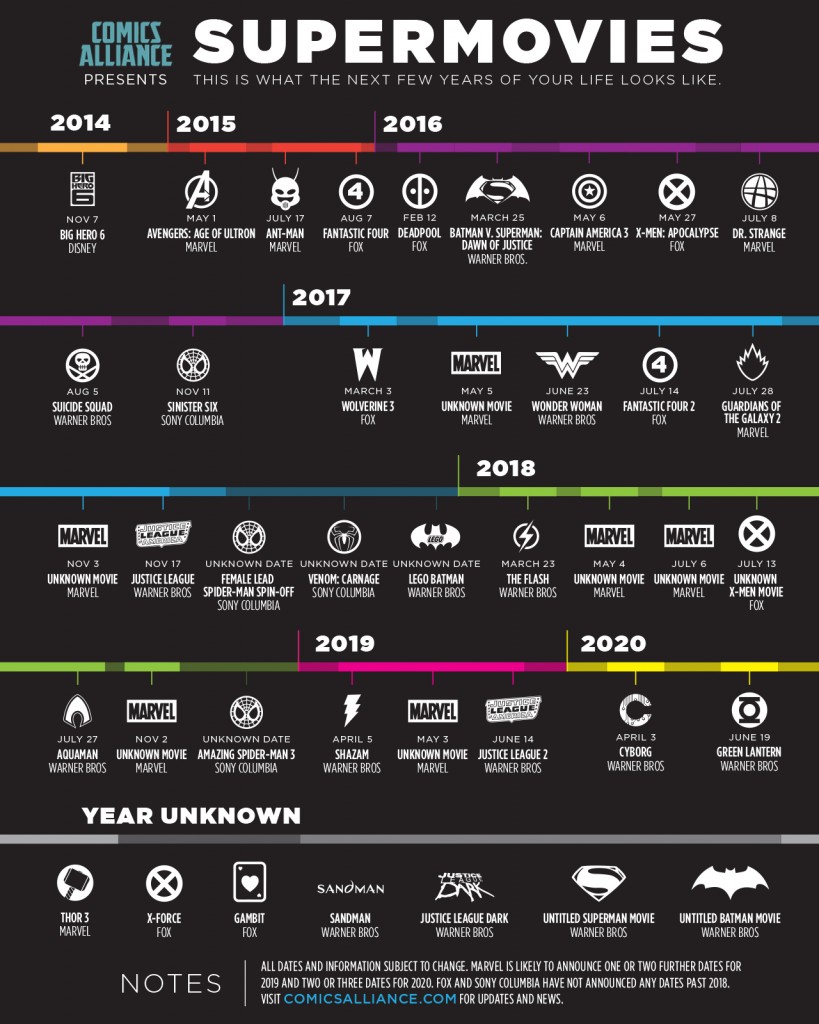 Editor and occasional writer for Geek Pride! I prefer Star Trek over Star Wars, collect comics and wish I could be a superhero one day. I tabletop RPG as well as a little gaming, design the odd t-shirt now and again, update my Geek Parenting Tumblr and when I have cash to spend (which is rare) I scour the internet for Wonder Woman collectables. Also Doctor Who and Firefly rock!!
More Goodness
ant-manaquamanAvengers