previous
Big Batman VS Superman Casting News!
random
next
Paul Bettany is The Vision in Avengers: Age of Ultron
Film and TV
1 like 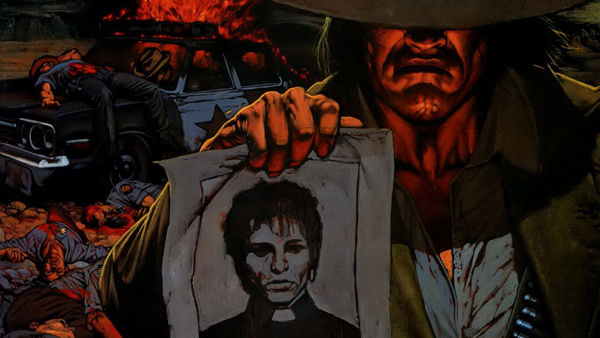 Not content with having a smash hit show based on one critically acclaimed comic AMC have now made it official that Garth Ennis and Steve Dillon’s kentucky fried western road trip comic Preacher will soon be coming to a screen near you.

“This is a great piece of material for AMC, and we’re thrilled to begin working with the creative team behind it to make another iconic AMC series……. Given the massive success The Walking Dead has been for AMC, the acquisition of another high-profile comic book adaptation isn’t a surprise.”

That one of the most controversial, dark, twisted and critically acclaimed comics of modern times is being adapted by Seth Rogen and Evan Goldberg best known for comedy is a little odd. Whilst Preacher is comedic it’s a jet black kind of funny. Breaking Bad‘s Sam Catlin is also set to be assisting with the adaptation.

Garth Ennis had this to say,

“Steve Dillon and I are very happy to see Preacher being developed for TV, which seems a much more natural home for the story than a two-hour movie.” “Between them, Sony TV and AMC have brought viewers two of my favorite shows with Breaking Bad and Mad Men, and it’s exactly that kind of creative commitment and courage that Preacher needs. Obviously it’s taken a while, but Ken Levin along with Neal Moritz and his team refused to give up, long after the point when I myself grew skeptical, and their unrelenting enthusiasm for the project has gotten us where we need to be. I’m particularly impressed that Seth Rogen, Evan Goldberg and Sam Catlin understand Preacher fully — meaning they get it for what it is, not some vague approximation. All in all, it looks like Preacher can now be brought to TV in a way that I’d previously not have thought possible, and I very much appreciate that Steve and I have been included in the conversation in the way that we have.”

Whilst Ennis seems positive it still remains to be seen just how much of Preacher will actually make the transition given the title’s notoriety, especially when it comes to religion, Christianity in particular.

You can start ‘debating’ about casting now.

Andy Haigh started writing to counteract the brain atrophying effects of Retail Hell, now it's an addiction. Andy is an unrepentant sequential art absorbist and comics are one of his passions. Other interests include Film, Music, Science Fiction and Horror novels and quality TV like Game of Thrones. He can talk about these at great length if only someone would listen. He lives a somewhat hermit like life in The Shire, spends too much time on social media and is still waiting to go on an adventure.
More Goodness
AMCbreakingEvan Goldberg