previous
Star Wars: Episode VII to be Set 30 Years After Return Of The Jedi
random
next
Set Pictures From the Filming of Gotham
Film and TV
0 likes 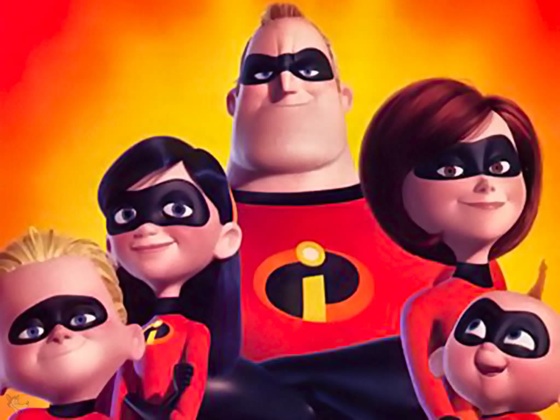 Fans of The Incredibles rejoice, as the sequel that everyone has been waiting for is officially in the works.

Following the middling reviews and performance of sequels Cars 2 and Monsters University, Pixar President, Ed Catmul, stated earlier this year that the iconic and critically acclaimed animation studio would be scaling back on sequels and focusing on more original films, they will however be producing a long awaited sequel to the 2004 hit film about the superhero family.

A follow up to the critical and financial hit has long been the subject of fan speculation with director and writer Brad Bird speaking about it back in 2007 stating,

“Pixar does not look at sequels as a financial plan. We feel we have a relationship with the audience and that they believe in each movie we put out. We believe completely in every movie we put out. If I can come up with a story that is as good or better than that first film, then I’d love to return to that world, but it would have to be story first.”

The news hit the Twittersphere when Disney Pixar posted this image 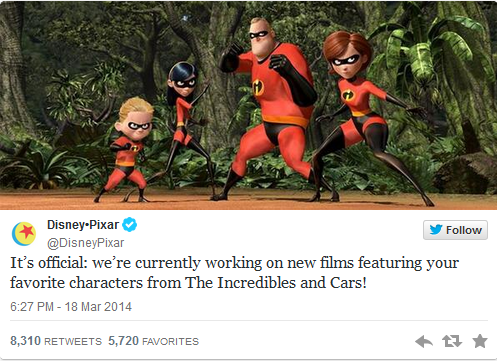 Oh yeah, there’ll be another Cars film too. Really.

Andy Haigh started writing to counteract the brain atrophying effects of Retail Hell, now it's an addiction. Andy is an unrepentant sequential art absorbist and comics are one of his passions. Other interests include Film, Music, Science Fiction and Horror novels and quality TV like Game of Thrones. He can talk about these at great length if only someone would listen. He lives a somewhat hermit like life in The Shire, spends too much time on social media and is still waiting to go on an adventure.
More Goodness
breakingDisneyMonsters University