Jack Bauer is back in trailer for 24:Live Another Day 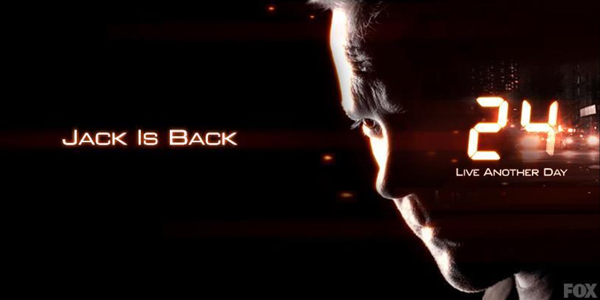 Not content with saving the world, or at least America, numerous times Jack Bauer is back in 24: Live Another Day. The show from Fox ran for eight seasons and clocked up over 190 episodes as embattled CTU agent Jack Bauer played by Kiefer Sutherland dealt with terrorists and assassination plots.

In a change for the series Live Another Day will be set in London as Bauer emerges from hiding to stop a crisis whilst being hunted by the CIA.

Joining Kiefer Sutherland’s Bauer will be Mary Lynn Rajskub who reprises her role as Chloe O’Brian alongside Stephen Fry as the British Prime Minister, Yvonne Strahovski (best known as Sarah in Chuck and voicing Miranda Lawson in Mass Effect) Tate Donovan and Benjamin Bratt amongst others.

Exactly how the shows format will work with 12 episodes remains to be seen but at least there won’t be a mole in CTU for a change. I mean seriously the Counter Terrorist Unit is that easy to infiltrate?

Andy Haigh started writing to counteract the brain atrophying effects of Retail Hell, now it's an addiction. Andy is an unrepentant sequential art absorbist and comics are one of his passions. Other interests include Film, Music, Science Fiction and Horror novels and quality TV like Game of Thrones. He can talk about these at great length if only someone would listen. He lives a somewhat hermit like life in The Shire, spends too much time on social media and is still waiting to go on an adventure.
More Goodness
breakingFOXJack Bauer