Fun, exciting, not a dull-moment in it.

There was something really missing when it came to the character development.

Go watch it, but don't expect a masterpiece.

Oh, Jurassic World, you’re lucky you had dinosaurs. Now, before you bite my head off, hear me out. Jurassic World was fun. I mean, it had dinosaurs, it had crazy man-made hybrids that should’ve never graced the world, it had awesome scenery and action packed scenes that actually had me on the edge of my seat! Not so much as the woman next to me, though. She actually managed to toss her popcorn into the air at some stage and yelped like a frightened puppy. But let’s not delve into that and focus on the movie instead. 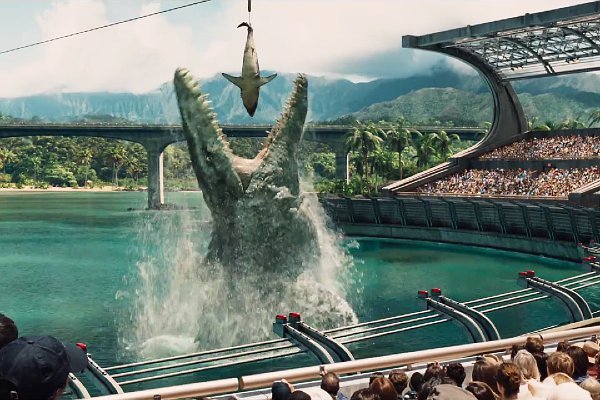 Jurassic World picks up some two decades after the original, in a world where dinosaurs are about as interesting and exciting to the general public as a petting Zoo, and where the clueless corporation-heads always ask for more teeth, bigger fangs, bigger anything and everything to impress a public that no longer feels excitement when up close and personal with say a velociraptor. I am not sure I believe that, I mean come on! Dinosaurs! But for the sake of the (somewhat poorly written) plot, let’s go with it.

As in most cases, tampering with the genetic make-up of an already dangerous predator is a bad idea. Even a small, unsupervised child, that has watched scary movies way too young, knows that. Apparently the scientist team behind Indominus Rex has never seen say: Deep Blue Sea or Sharktopus. But we can expect everyone to watch bad movies, after all.

Long story short: Indominus Rex, a big, bad dinosaur as the world has never seen before is cooked up in a laboratory, kept secluded from everyone and everything and turns into a homicidal maniac of the animal sort. He kills for fun, he destroys for what comes across as his own amusement and ultimately ends up hoisted by his own petard. Classic villain death and all. But, much like Frozen, Jurassic World felt that a dinosaur wasn’t antagonistic enough (even as it left a bloody trail in its wake) and they added Vincent D’Onofrio who seems to be typecast as nothing but lunatics on power-trips lately. (Actually it’s been going on for a while, it’s just more apparent lately). He becomes the Hans of this story, talking about his villainous plans as one would discuss the weather over a bowl of cereals. With conviction. He meets a fitting end though, so the balance is restored and the focus can return to our heroes.

And speaking of heroes, while Chris Pratt was pitched as the protagonist, the focus falls onto the youngest members of the cast: Ty Simpkins and Nick Robinson who play Gray and Zach, respectively.  The two manage to steal the show, portraying perfectly the disgruntled teen and the overly-eager kid brother that’s more or less a know-it-all. Somehow Ty Simpkins manages to make his character endearing, despite his tendency to ramble facts that his brother and most of those around him seem to find annoying. 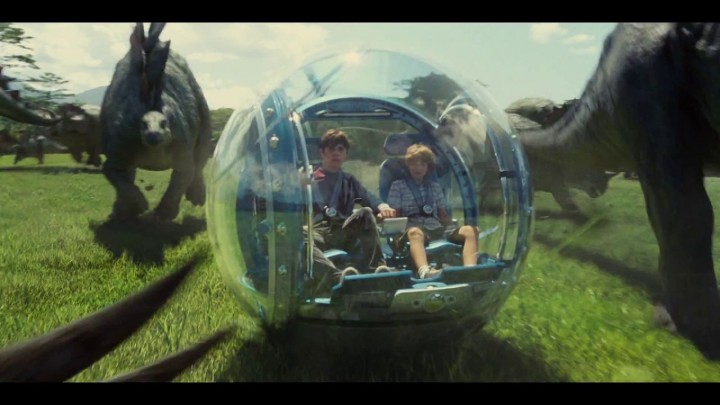 The two boys, nephews of the ice-cold Claire (Bryce Dallas Howard) end up visiting their aunt right before a massive crisis sends the whole Jurassic project up in flames. Lost on the same path that Indominus Rex takes towards the biggest hunting ground he could’ve hoped for and they use their wit and level-headedness to survive. Owen (Chris Pratt) and Claire go off to the rescue, after both deciding they work with idiots and clearly the two of them alone against Indominus Rex stand a better chance. They get better as time goes by, especially Claire who actually comes across as an idiotic bitch for the better part of the movie. Maybe Mad Max: Fury Road gave me too high hopes about the way female characters should be written, because this was deplorable.

It was a paint-by-numbers cliche fest over there. She was a control freak, a horrible bitch who couldn’t understand that dinosaurs are creatures, not just statistical fangs that placed cash in her pockets, had no idea how old her nephews were and abandoned them five minutes after a seven year hiatus in their relationship to a virtual stranger. Well, she knew Morgana, but still. I mean Zara (Katie McGrath), of course. Talk about a completely wasted character. She only existed to feed the Mozozaurus, after all. And you know what? That’s not even the worst part. Sure, why know when your nephews were born? Why not focus on your career? But why for the love of all that’s holy would you spend your entire day and night running around in high heels when there’s a murderous dinosaur breathing down your neck?! Fine, that last one might not be a legitimate complaint (unless you’ve ever worn high-heels and you know how perilous they are when running!), but I still stand by everything else I said. Bryce Dallas Howard deserved better writing, better than something that turned her into something close enough to damsel in distress, but with enough added bitchiness to make her look unsympathetic.

Owen was another story. He was built up like the hero, but not an absolute one. While he too was a cliche, he was given enough sympathetic traits to make viewers forget that he was basically Indiana Jones. I mean he was the Alpha of a pack of velociraptors, can it get more cliched? I mean, there’s no way, unless they somehow made him the love interest of the Ice-Queen that he manages to defrost with witty one-liners, so much so that she suddenly wants babies? The power of the boner compels you! Wait…is that sexual tension I am sensing in the air?! 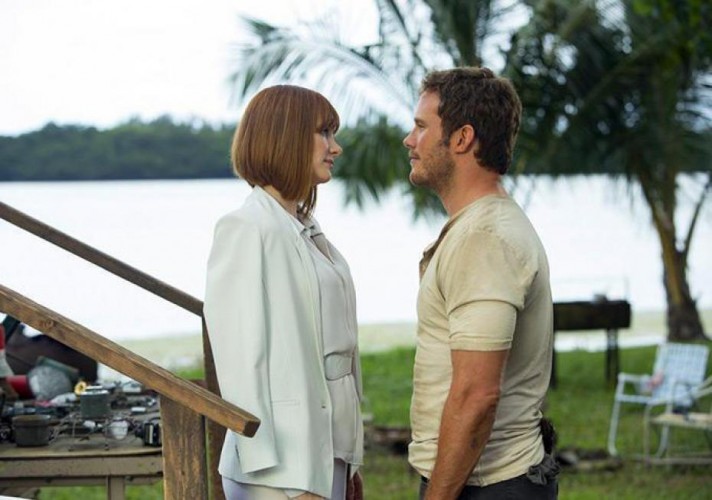 The one saving grace of this movie (yes, yes, I did say I liked it) was the fact that ultimately the day wasn’t saved by the dashing hero. Well, he had a hand in it, after all it was his powers as a velociraptor Alpha that convinced the little raptors to turn against the biggest, most terrifying dinosaur ever. But the day was saved by a T-Rex, that suddenly joined forces with a raptor and delivered the final blow that killed the monster that the humans were unable to put down. Much like Godzilla, he took out a threat that humans unleashed, then went his merry way. Well, I’m going to assume he  snacked on everyone he found on his way back home, because, you know, it’s a badass dinosaur.

As the curtain is ready to fall over our movie, we are reminded that some Indominus Rex eggs are still viable, saved by a somewhat crazy scientist (and I use somewhat loosely), who thinks that he can be the one to hone this killing machine and turn it into the perfect soldier. Sure, yet another crazy man, looking for the perfect weapon. It’s not like this movie had any cliches or anything. Nope, nothing of the sort. But hey, it’s the perfect setup for a sequel, so we can keep ourselves happy with that.

All in all, it was a good movie that really could’ve been better. If all the flaws that I am sure many will point out will be considered and fixed, at least partially for the next instalment (I’ve got a feeling we’ll be getting one), it will make for a much more entertaining movie. Don’t miss out on it, it’s fun, especially if you don’t think too much about it. Just grab your popcorn and try not to spill it when you get scared. 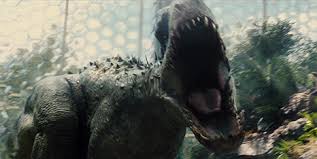 What's there to say about me? I love the sci-fi and fantasy genre when I read, but I am in no way limited to that alone. I do think Frank Herbert deserves a statue for his writing(if there is one, point me in that direction, please). I enjoy writing quite a lot, but I am also kinda lazy. If you want to make me happy give me books or Doctor Who collectibles. Or a real TARDIS, in which case I will love you forever.
More Goodness
bryce dallas howardChris Prattcolin trevorrow