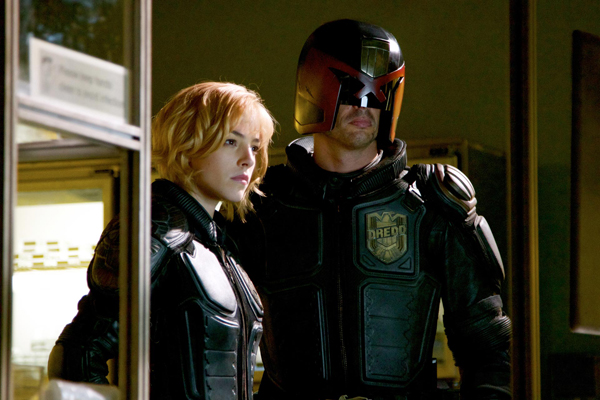 2012’s Dredd based on the infamous Judge Dredd, future law man of Mega City One, from British anthology comic 2000AD is one of the best comic to screen adaptations yet, with Karl Urban gaining legions of fans for his portrayal of the stoic judge.

Despite being a hit with critics and 2000AD fans the film was a failure financially this hasn’t stopped fans being vocal about their desire for a follow up though, with an online campaign amassing thousands of signatures. Urban himself has been just as vocal about his desire to don the iconic helmet again earlier in the year at a Star Trek convention he stated that “Conversations” had been happening.

“It is more likely that we will do the origins story with Dredd trekking through the Cursed Earth to find the first Chief Judge Fargo.”

In 2000AD’s Judge Dredd Chief Judge Fargo was the first Chief Judge and Judge Dredd was cloned from his DNA. The character featured in the much maligned 1995 film and was played by Max von Sydow. Urban’s statement has major ramifications, if the next Dredd film is a prequel it will mean that Olivia Thirlby’s psychic Judge Andersen is unlikely to appear as she was a rookie in the 2012 film.

Andy Haigh started writing to counteract the brain atrophying effects of Retail Hell, now it's an addiction. Andy is an unrepentant sequential art absorbist and comics are one of his passions. Other interests include Film, Music, Science Fiction and Horror novels and quality TV like Game of Thrones. He can talk about these at great length if only someone would listen. He lives a somewhat hermit like life in The Shire, spends too much time on social media and is still waiting to go on an adventure.
More Goodness
2000ADdreddjudge dredd