Little Finger: The Winner of the Game of Thrones 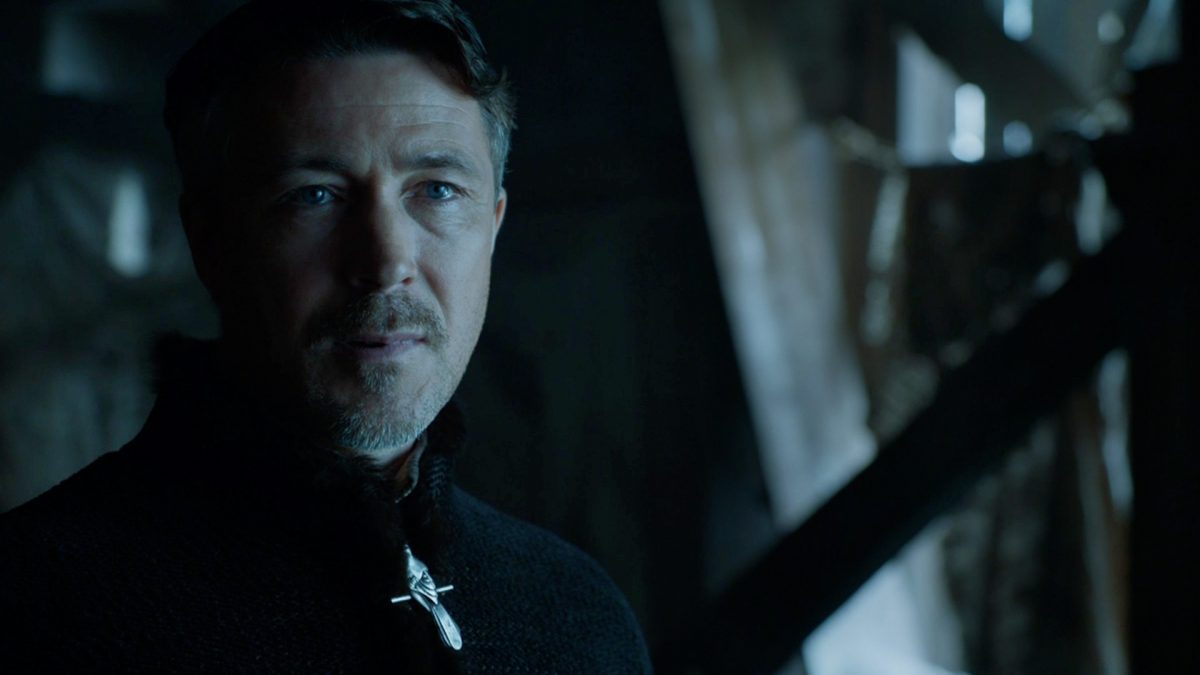 Ok, as the title suggests this is a piece about Little Finger (Petyr Baelish ) but just in case some of you aren’t up to speed with the whole ‘Game of Thrones’ thang, then read no further because there will be spoilers, speculations and predictions ahead….

Now what i’m about to say is something I have been pimping around for many years now. In fact I’ve been preaching this theory since I finished reading the books over 6 years ago and the series only steeled my resolve to inform more people, including members of the cast; who, if past interviews are to be believed, weren’t too adverse to it…..

Now a quick Caveat to this piece. I had it written a few weeks before the series started but haven’t got round to record the audio until now so as the new series marches on, and there being no sign of a winds of Winter, some things are looking promising, others no so much but in whole I feel we may all be in for a big upset come the end of the books and or the series.

It is my view that Petyr Baelish, AKA Little Finger could well end up, in the series, and or, books,  as King, or at least about to become king of Westeros. I have seen visions in the fire of him sitting upon the Iron Throne, having schemed, murdered and bribed his way to the top. The camera slowly pans out and up to his face… he looks up, smirks and the screen goes black; queue Game of Thrones music… epic right?

Wow, wow, wow there Matt… what about Dany, Jon Snow, Tyrion and all the others; there is no way they would let that happen?

Ok granted it does seem improbable and there are a lot of obstacles in the way; the largest two being the divergence between the series and the books and greater than that, audience expectation.

If you were to ask the average GoT watcher how they want the series to end, it is likely you will get something along the lines of Jon and Dany living happily ever after as King and Queen, with Tyrion as the hand and new lord of Casterly Rock ( the 3 heads of the Dragon, see my previous theory piece). This is a highly plausible scenario which would make sense but for one thing…I don’t know if G R R Martin would end it like that and I have a feeling, based on how a lot of HBO series end, that neither would they.

Martin likes his history and despite the fantasy backdrop of a Song of Ice and Fire, its influence is deeply routed in historic conflict. The wall being Hadrian’s Wall and the wars and intrigue being based on the Roman civil wars and even the Wars of the Roses. all complicated, bloody and treacherous affairs with the victor not just being the strongest but generally the most cunning.

Not persuaded? well lets look at this logically, bearing in mind that Martin seems to like to kill main characters off and hit you with curve balls left right and center, what are the chances that he will end the series on a happy note? I’d say slim, and why should he / they? What will get your life’s work talked about more, a great series/ set of books with a happy ending that gives everyone closure or a great series / books with a gut wrenching end that no one was expecting? It has to be the latter.

If it ended nicely, white walkers defeated, Dany and Jon in charge of Westeros, dragons by their side then people would walk away going awwww, that was nice, I knew Dany and Jon would prevail. Done, no debate, no shock, no theory, just closure and so the series / books are forgotten.

End it with a shock and the death of some more of your favoured characters and the internet will explode.. people will be talking about it for years and Martin’s Legacy is crowned the same way it was founded; in blood, tears and internet rage!

People who would have to die or at least go away would include:

You’ll note i didn’t mention Sansa, which is a complicated matter, made all the more complicated because different things happen to her in the book and the series. For example she Isn’t shipped off to Winterfell to marry Ramsey in the book, but a family friend called  Jeyne Poole is, in the guise of Arya. In the end Little Finger loves her in his own way and still needs her, so why would he. The fact that she is in the series does cast a shadow on her relationship with him BUT, I have a feeling, despite this seemingly unforgivable betrayal, she will forgive him, be it because she needs him (tension between her and Jon) or be it because she somehow falls for him, i am unsure.

Little Finger has been the catalyst, or at least party to, most of the main happenings in the Game of Thrones. Think of a big death and generally you can link it back to him in some way. But yet, despite playing such an staring roll in, well, everything, he Isn’t a main character really, hes a supporting character, in the shadows, advising, plotting, scheming. Nobody is rooting for him but likewise no one is really gunning for him either, we are talking audience and characters here. for all intents and purposes he is invisible… and that is why he is perfect.

Think about it, he has been power building from day one, going from penniless boy taken in by the Tullys to master of coin for King Robert, to Lord of Harrenhal to de facto lord of the vale with machinations for control of the north and, according to series 6, the Iron Throne itself.

All true Matt but how do we get past all of the listed names above?

Little finger has gained much from War, simply because people are killed, titles / lands have become vacant and he has back the right side. It therefore stands to reason that the wars to come will be no different. Many of the above named list will be killed, betrayed or will fall in line; otherwise it would be a pretty boring series / set of books

It is very likely, in my mind and based on Danys visions from the House of the Undying, that the red keep will meet the same fate as the Sept and that Cersai, enemies on all sides, having lost Jamie (thats right I think Jamie will die too) will chose to blow it up, rather than let them take it; hence in the vision the throne room destroyed and covered in what looks like snow, but what could easily be ash.

Therefore within the first war to regain the 7 Kingdoms i would expect a fair few characters to meet their fate and it would stand too reason that by the time the final war, to defeat the army of the dead, in season 8 / book 7 comes that we will be much diminished in characters and a lot will revolve around Dany, Jon and the dragons.

*** Update from the series as it is now, we know that a lot of people are being killed off already, with hints at the deaths of main ones like Varys, Melisandre and even Grey Worm***

The book and series divergence makes predicting what’s going to happen in both hard but in the book I see The Wall falling to the Horn of Winter, the Ice dragon awakening from within its captivity and battle ensuing between the two types of dragon, ice and fire, with likely deadly consequences. There is also a chance that Euron Greyjoy may have found the Horn of Summer (which legend has it controls dragons) on his travels and and this might be used to control some of Dany’s Dragons.

*** further update: As it is series wise we know that the gift to the Queen was  Ellaria Sand and her daughter so it is likely that the Horn of Winter and Summer will not be in the series, with rumour having it that one of Danys Dragons will be felled by the Night King when Dany flies north to save Jon Snow and his party ranging north beyond the wall. Being resurrected and then used to fight against the peoples of Westeros. It is likely that in place of the horn of Summer, Cersei new Anti Dragon weapons / ballisata’s will kill or at least badly injure one dragon***

By the end of the books / the seasons, Westeros will have be racked by war on multiple fronts and a lot of our heroes / anti Heroes will be dead, leaving a power vacuum. Maybe Jon dies, again, fighting the white walkers, mirrored by Old Nan’s tale about the Others. And Dany finally takes her rightful place on the throne, all be it with a depleted army behind her and likely none or only one of her dragons.

By this point Little Finger has managed by his own deceit or by the nature of war to get rid of many of his rivals and no doubt wormed his way into Dany’s graces with Sansa at his side; maybe she is currently Queen of the North and he the King after Jon’s sacrifice fighting the Night King. Maybe he has the Horn of Summer and at a banquet or even coronation uses it to command the last Dragon to kill everyone… Danny is unaffected by fire but then this is where the Knife that started the whole thing off with the attempted assassination of Bran is used to kill Dany and with that he ascends the Throne

Pretty far fetched granted BUT a theory that would seem to hold at least some water I feel; hes being kept around for some reason and I don’t see it being just to be another notch in the proverbial  death bed post. Little Finger is the master of the game and he’s been playing it with Varys for years now, through out the books and the series.. their moves underlying and affecting everyone. Now the pieces are in there final formations and it seems to me that we are soon to have one of the greatest ends to a series ever!

So what do you think? Agree, Disagree, have another view? Then let us know in the comments below and make sure to give this piece a like a share.