previous
The Hunger Games: Mockingjay Part 2 Review
random
next
The Disturbing Nature of Mr Meeseeks and Why I Find it Hard to Watch
Film and TV
0 likes 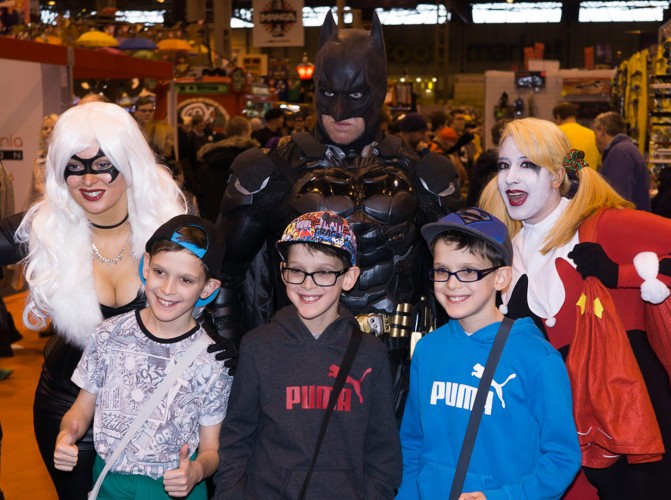 Birmingham Comic Con is the highlight of the convention calendar in the Midlands. Held in the spacious Birmingham NEC, the con has more than enough space to accommodate the hundreds of trader stands and signing tables without feeling cramped or claustrophobic.

One of the highlights of Birmingham Comic Con is the atmosphere of shared geekery. For once, the people who do not cospay or dress for the occasion are the weirdos. That is not to say that those who dressed normally felt left out, but they did not stand out from the rest of the motley crowd. 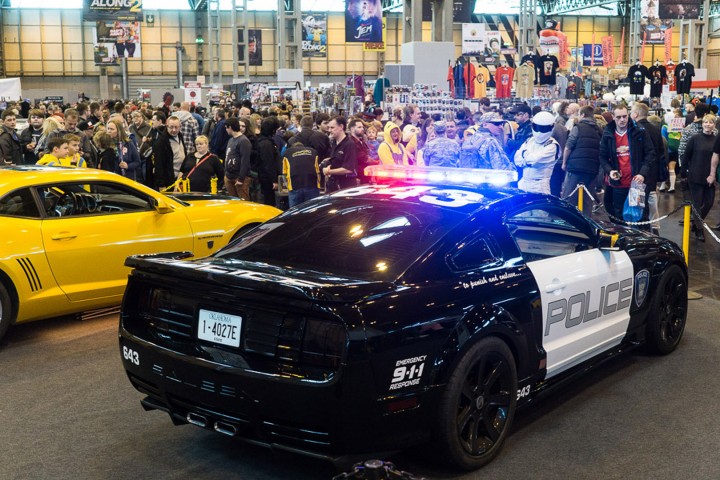 Liv Tyler and Lee Majors were the major draws for the weekend, and the cost of their signatures reflected this. However, they were joined by dozens of actors and actresses from films and tv-shows, past and present, such as Dina Meyer (Dizz from Starship Troopers) and Merrin Dungey (Ursula from Once Upon A Time). Whilst some were beginning to look bored by Sunday afternoon, Virginia Hey (Zhaan from Farscape) was enjoying the convention just as much as the fans, as well as taking the time to always speak with people.

It was gratifying to see that there were an abundance of creators being showcased, in the form of numerous writers and artists, amongst the traders. There was also a packed Comics Village, which could well have done with being a Comics Town, as it was sold out well in advance.

I cannot write about a convention with commenting upon the cosplayers. I was surprised to spot only one Catwoman and one Black Cat. However, there were many Harley Quinns (including a great cross-play), Batmans (Batmen?) and Stormtroopers. Special mention must go to the little girl dressed as winged centaur. 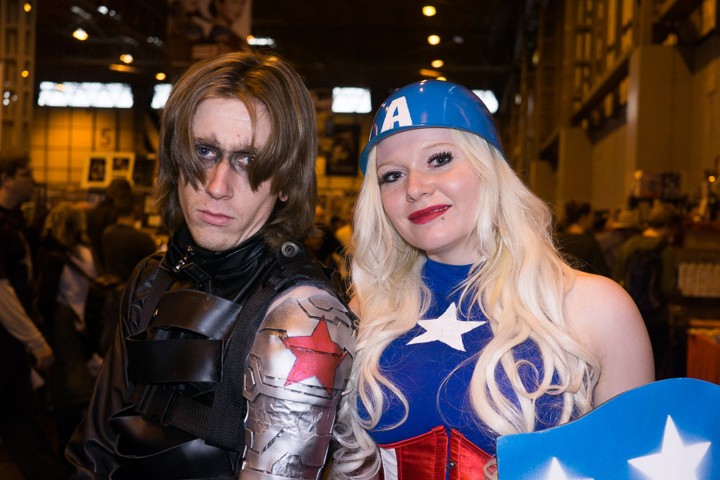 Even the traders get in on the action, with A.S. Chambers smartly dressed in his steampunk finest and the Geeky Comics host who dressed as Esmee from their comic of the same name.

There was plentiful food on offer from the NEC outlets around the edge of the hall and in the auditorium outside, as well as the separate food hall opposite the main area, which seemed somewhat over-sized for the ten or so bars and food stands that were there. The prices seemed equally inflated, with a portion of chips costing £3. The last time I saw prices like that was in London. 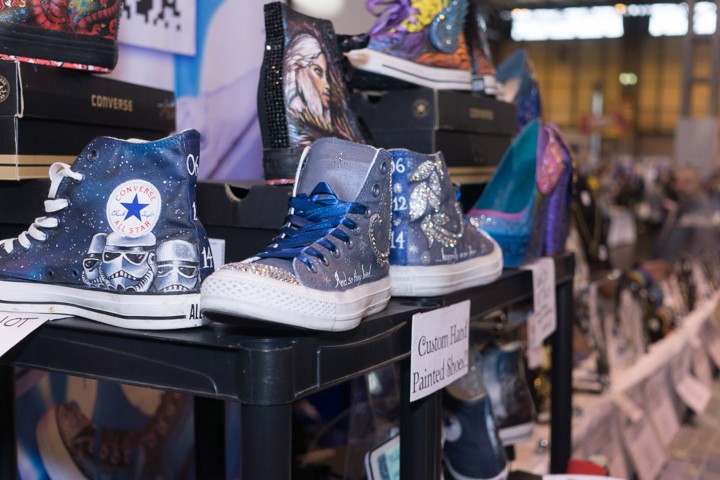 As always, Birmingham Comic Con appeared to be a slick and well-organised affair. Everything seemed to happen when it was intended. It would be impossible to see everything at Birmingham Comic Con, as there is so much happening at the same time and it is often best to simply allow yourself to wander the con and see what happens rather than planning your schedule in advance (unless, of course, you have a set time for a signing).

The queues, as always, were huge to enter Birmingham Comic Con, but this time the organisers did not fill a separate hall with the tickets queues like last time. Whilst the increase in price for an early-birds ticket may seem strange, walking in when you were ready was a far less stressful experience than waiting in the queues.

Virginia Hey was happy to meet her fans

Probably the greatest cosplay we saw that day.

Birmingham Comic Con was a great day out for the whole family.

Science Fiction: the final frontier. These are the articles of the freelance journalist Peter Ray Allison. His continuing mission: to explore strange new realms of fiction, to seek out new genres and new visions of the future, to boldly geek where no one has geeked before.
More Goodness
birminghambirmingham comic concomics