previous
AMC Unveils First Teaser for Preacher Before Debuting Full Trailer
random
next
Preacher Trailer, or: "So, what is this exactly?"
Film and TV
0 likes

Minority Report – Why you Should Watch it

Minority Report had quite a quiet premier this past September, with little fanfare and not enough promotion given their ratings, even for their first episode. The show’s pilot has been leaked prior to the premier, to unfavourable reviews, which didn’t help matters. Comparing the aired version to the leaked one, I can see that the original idea was quite flawed, relying on several gimmicks meant to attract, but not delivering what was promised – an action packed adventure that would continue the Steven Spielberg movie with the same title.

For those of you not familiar with the Minority Report plot (the movie), it goes like this – police officers learned to depend on three precognitives who could predict murders and, rather than solve crimes, they prevented them. The system however was flawed and the program was suspended, with the three precogs being freed into a world they didn’t quite understand, since  they’d been kept half-sedated for over a decade, forced to witness nothing but murders.

Minority Report picks up a decade after their release and follows Dash as he struggles to solve crimes in a world he’s somewhat unfamiliar with, without exposing himself as one of the (still) worshipped by the general public) precogs. Laura Reagan plays Agatha, replacing Samantha Morton and Nick Zano is Arthur, Dash’s more cynical, anchored in reality and bitterness, twin brother. Meagan Good plays the no-nonsense Lara Vega, a police officer that ends up relying on Dash’s visions in order to stop crimes before they happen, too tired of always mopping up after criminals.

Now, why should you watch it?

It gets better. The first few episodes were clunky, with too much exposition for my taste, but slowly the actors, writers and everyone involved in the creative process seemed to have found their footing. It’s a shame the initial reception was so chilly, given that every naysayer has given up on the show just as it started to get better. Fox has already cut the episode order from 13 to 10, which does not bode well for Minority Report’s future. (It still needs to learn how to show don’t tell, but maybe if they get a second season they’ll manage that too).

The acting is great. I might be biased, since I tuned in as a fan of Stark Sands – who starred in Generation Kill, among others – but he pulls off Dash’s blend of vulnerability and defiance perfectly, making his big brother Arthur, played by Nick Zano the perfect foil for his naivete. Laura Reagan also manages to make  Agatha sympathetic, despite some of her more questionable actions, something few actors can pull off. It took me a while to warm up to Meagan Good’s Lara Vega, but it slowly happened and now I want to know more about her character (if only the show would last). Li Jun Li, Wilmer Valderrama and Daniel Landon (who reprises his movie role as Wally the caretake) also give great performances, though they are given too little to do for now. 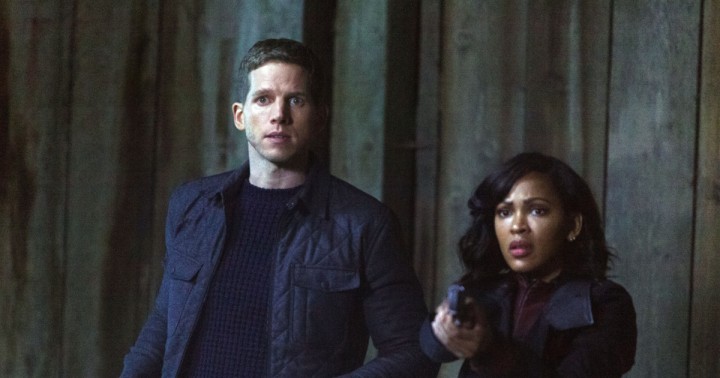 They put Obama on the 500 $ bill. It might seem like a bad reason for you to watch the show, but it makes for a nice surprise. And did I mention it takes a few shots at anti-vaxxers too? 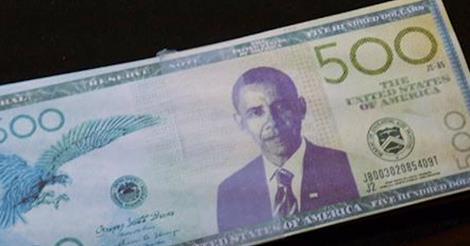 The special effects are great. And I am not exaggerating. They are great, giving the impression that they are portraying the actual technology of the future. It adds to the story as opposed to being used simply to fluff it up and since Dash is one awkward little potato, we get to learn a lot about it through his own interactions with it.

It’s a sci-fi in a world of zombies and vampires. Don’t get me wrong, I love The Walking Dead as much as the next person. I will even admit to having watched some less than worthy shows about vampires, werewolves and other creatures, but after a while the market became a little too saturate with that, pushing some TV genres to near extinction. This is a future that is far enough to be cool, close enough to still be relatable and it’s something  different.

It has great promise, with an overreaching arc that surpasses the murder of the week template. The morality of using three people against their will to further your own plots, the danger they are exposing themselves to by being in a world that sees them as gods and assumes they can never be in any way harmed, the potential of being imprisoned again, these are all stories that need to be told and I for one am willing to watch them.

All in all, at least in my opinion, Minority Report is worth your time. Remember to give it more than one episode. Few shows actually have it together since day one, but it does get better as it progresses. Meanwhile, check out the trailer below and maybe give the show a watch.

What's there to say about me? I love the sci-fi and fantasy genre when I read, but I am in no way limited to that alone. I do think Frank Herbert deserves a statue for his writing(if there is one, point me in that direction, please). I enjoy writing quite a lot, but I am also kinda lazy. If you want to make me happy give me books or Doctor Who collectibles. Or a real TARDIS, in which case I will love you forever.
More Goodness
minority reportSteven Spielbergwilmer valderrama