Straight to the point: Believe the hype and watch this film and I don’t say that very often.

Directed and starring Ben Affleck, Argo is the true story of  six American embassy workers in Tehran, Iran and their escape during the pro-Ayatollah post revolutionary chaos of 1980. Based on that description this is not movie I would have chosen, I’m not into heavy political dramas but when you add in the fact that it was science fiction movie that saved them, then you have my interest.

This film has been described as a comedy, and whilst there is no denying there are funny moments and the whole film is based on one large joke on Iran, a better description would be political drama with comedy elements. The story is based on the account of real life  CIA agent Tony Mendez, the lead of this film played by Affleck. When the six escape and find temporary shelter in the Canadian Embassy so begins a race against the clock to get them out of the country before the Iranian militia realise they are missing from the seized embassy.  So they call the best, Mendez, an agent with a reputation for exfiltration of trapped US citizens. 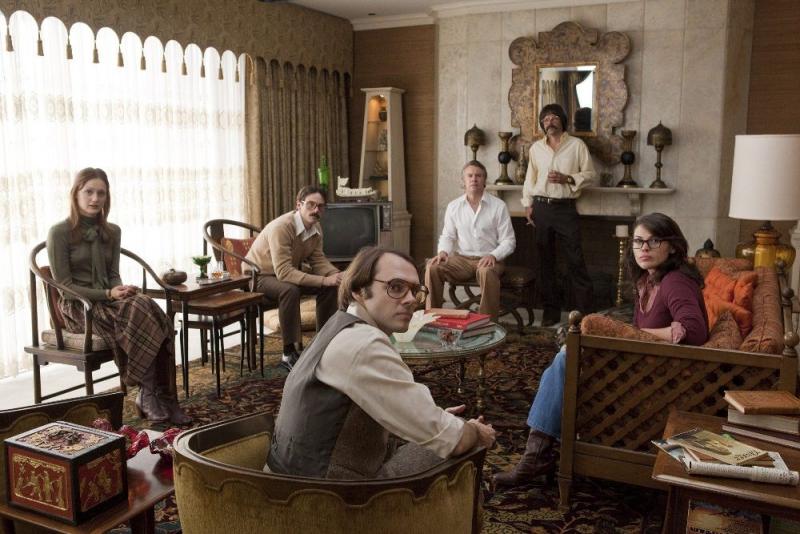 His plan is genius if not a somewhat far fetched, which only adds to the tension, something difficult to achieve when the outcome  is already a part of recent history. The daring ruse involves the CIA funding a completely fake sci-fi adventure called Argo. To make it as plausible as possible Mendez enlists the help of  trusted CIA contacts Hollywood makeup technician John Chambers (John Goodman) and veteran mogul Lester Siegel (Alan Arkin). This is where the comedy elements come in with a fake script reading and publicity we see the team establish Argo as genuine project.  This builds up to Mendez entering Iran posing as a Canadian associate producer looking to scout filming locations for a completely fake film, with six additional Canadian passports in his pocket for his ‘crew’. The reason the ruse was so risky is it required the six US fugitives, who are fearing for their lives and in hiding, to stroll around in a public setting where the Militia are hunting Americans, whilst pretending to be Canadian film crew. Bearing in mind these people are just ordinary office workers, the only spy being Mendez. Suffice to say things don’t quite go smoothly and there are many nail biting moments to enjoy but I’m not willing to tell you anymore for fear of spoilers. 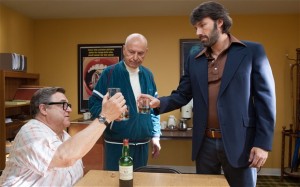 I thoroughly enjoyed this film and hats off to Affleck as both the director and lead. He stayed away from making a shiny gun toting spy film celebrating his good looks;  instead managed to pull off a brilliantly paced believable and gritty story that literally had me one the edge of my seat whispering “Go, go, go, go”. All performances are well delivered with none of the usual fake Hollywood flash. For instance I noted that Affleck had flecks of grey in his hair, a very minor touch that alludes to this being a serious film where realism is the intention. The opening sequence established the events leading up to this story in a mostly visual way, no heavy pieces of text to read. You went into the film not worrying about the political stand point but the people caught up in the violence and fear. The two hours flew by with enough tension to keep me interested and it ended with my heart racing and a little adrenaline running through my system.   The only downside is that, as I understand it, the very last bump the six hit isn’t exactly how it happened, but overall this film is so good that this doesn’t actually bother me.  I recommend this to everyone and don’t be put of by Affleck, he has truly made a brilliant film and deserves the awards he is nominated for.

Editor and occasional writer for Geek Pride! I prefer Star Trek over Star Wars, collect comics and wish I could be a superhero one day. I tabletop RPG as well as a little gaming, design the odd t-shirt now and again, update my Geek Parenting Tumblr and when I have cash to spend (which is rare) I scour the internet for Wonder Woman collectables. Also Doctor Who and Firefly rock!!
More Goodness
ArgoBecca Harperbecpuss