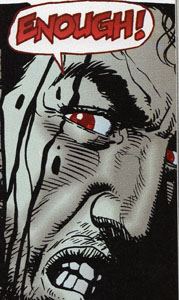 When Jesse talks, everybody listens.

Not all of that blood is his…

Her eyes are up there, above the gun aimed at yours. 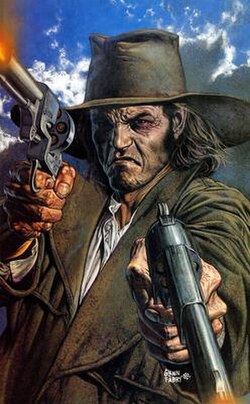 Craig has been raised on geekery from a young age when his Mum introduced him to Star Trek the Next Generation on TV as a kid. Since then, he has gained a wide love of all things "Geek", be it books/comics, cinema or gaming in all formats. He has a particular keen interest in all manner of RPG, be it on a tabletop or in a field larping.
More Goodness
2016AMCdominic cooper