Before you skip right to the list, stick with me for a minute. It’ll make your outrage even sweeter.

They’re going to remake the Six Million Man. I’m not entirely sure how you can remake a movie of something that was never a movie, but they’re going to anyway. Had the pre-production marketing plugged it as being a “rebuild” then there would have been some humour there.

You could, at a push, class the 1987 made for TV film “The Return of the Six Million Dollar Man and the Bionic Woman” as the movie that’s being remade, but the remake plot is essentially the pilot of the TV show and allegedly the start of a film action saga. Yes, we’re now so entrenched in remakes that we call the first movie in a line a “saga” before its sequels are even written…

Did Hollywood feel that after the dire performance of the Bourne Legacy there was an action movie franchise void, but as the Bourne Legacy is getting its own sequel in 2016 that can’t be it. Perhaps they felt that Sci Fi was being ignored as a genre. But with War Games, Starship Troopers and Escape from New York’s reboots coming within the next few years and the Predator reboot on the horizon, that can’t be it either. It’s even possible that they felt a new action hero was needed, but as Commando, Highlander and Mad Max: Fury Road are all in the works, it’s all kinda hard to swallow that as well.

In fact, it’s all getting kinda hard to swallow. I mean, is Hollywood holding the screenwriters who submit an estimated 50,000 speculative scripts a year in some kind of writers concentration camp we should be campaigning against? Should be carrying plackards with bright coloured lettering on them saying “Welease the Writers”?

Oh yes, they are…even with Tom Hardy it’s hard to see how it’s not going to take itself too seriously.

If you’ve skimmed already to the bottom of this article, then you’ll have seen the list of 65 remakes or reboots on their way in the next few years, and that’s not including sequels. Just remakes and reboots. Some of them, not even dusty in their Blu Ray cases yet.

Why is Hollywood so determined to just pump out remakes and reboots? Have they seriously forgotten how to be creative? They certainly keep brandishing lawsuits against every Tom, Dick and Harry with a router claiming that Piracy is hurting the creative industries, although we’re at a loss as to when they’re actually going to be creative again.

If I went to work and gave the same report to my boss every day (okay, it seems sometimes like I am) then I’d expect to get fired. You’ve got to keep on producing new work to keep yourself in a job, surely Hollywood has the same issue with its recycled movie SuperHero Reboot 4492?

Well, not really. The problem is, we keep going to see them.

Hollywood is a business, so they’re only going to make what sells, and what sells is reboots and remakes. But to read any comments section about a remake or reboot, you’d think that someone would have picked up on the fact that people are tired of them. So what’s going on?

The problem is two fold. One, the average cinema goer is 14-22, so the chances are that they don’t know War Games is a remake (and even if they did they’d be forgiven for thinking Matthew “I don’t age” Broderick made it last week on a smartphone camera) so from their perspective, it’s something new. This is further compounded by the fact that teenagers tend to go to the cinema alone financially speaking, they might go in groups, but they’re only paying for themselves. So what might be £10 of ticket and £5 of food and drink for them, is £20 of ticket and £10 of food for Mum and Dad who remember the original which was far superior and didn’t need remaking because it was awesome the first time around…classics always are. 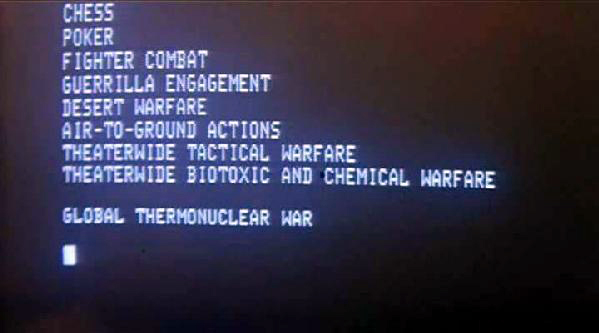 Now while that doesn’t sound like a big difference, it’s enough of a difference to make the cinema seem like an expensive experience and the money is better spent on buying 3 DvDs\Blu Rays that you can keep. So once you start paying your own bills, you’re less inclined to go to the cinema.

The net result is, the people who are voting with their feet so to speak, are the ones who think these are new movies. Ergo, Hollywood makes more remakes and reboots because they sell well.

The second factor, Hollywood is increasingly risk averse. When you’re going to throw $150 to $300 million at something, you want to know you’re going to see that money again, it’s an investment.

So with your shiny new audience and your tried and tested movies, you’ve got a winning formula. Make more remakes.

The issue is, it’s a cycle that can’t be broken. The success of remakes and reboots is such that new movies are shunned in favour of the tried and tested. You can shake your fist and argue that Edge of Tomorrow and Oblivion are new movies, and decent sci-fi ones too so it’s all good for geeks. But are we condemned to a lifetime of Tom Cruise plugging what is arguably the backbone of Scientology at us? (Although with Russell Crow’s recent portrayal of Noah we can only hope that religions are going to kick off with some kind of CGI extravaganza mash up – Point to note, even Noah was a remake, a reboot and adapted from a book…so they’re already a point down)

Go on Tom, you tell those critics…

So until the movies that are currently being rebooted and remade can’t be rebooted or remade for the current audience because they saw them way back in 2014 when they were “new”, long before they had their own kids…hold on…

Is the only way to stop reboots mass global sterilisation?

Or is it even more sinister than that, maybe the machines don’t know how to write new movies so they just keep writing the same ones over and over…perhaps we are closer to the last truly original movie than we thought?

Keep a look out for someone offering you a red pill, and if you want to see any new movies, take it. 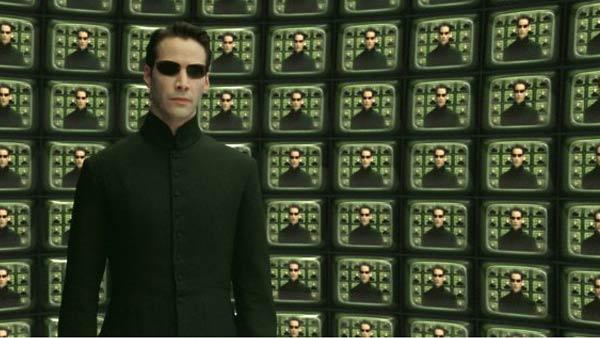 All those screens show a different Matrix sequel…and none of them are good.

Reboots and Remakes confirmed in production

A retired World of Warcraft tank and sipper of the midnight coffee, James is now attached either to an Xbox or a keyboard as gaming, writing and the pursuit of all things sci-fi takes the command chair. If he's not ruining someones day in GTA Online, he can be found knee deep in his 4 year olds Lego...
More Goodness
201520162017