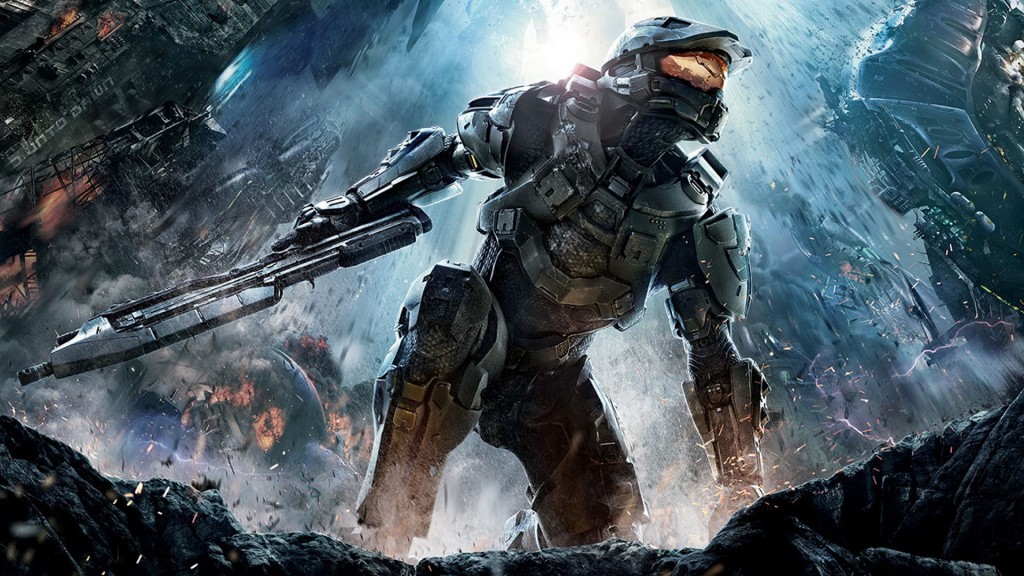 Well she might have some questionable politics but where N.Ireland is flourishing is within the film/TV industry. Game of thrones and now Halo!

According to the Belfast Telegraph, Ridley Scott has started filming the long awaited Halo movie … lets say that again Halo fan boys and fan girls; HALO MOVIE! (joooooooooyyyyy) and it is being shot in the Titanic quarter of Belfast.

Many will obviously be dubious about a Halo, live action, film but if it’s as half as good as the web-series, Forward Unto Dawn, then we will be onto a winner… come on, Ridley Scott.. its got to be good.. right?

Scott‘s hugely-anticipated Halo project, set for release later this year, has been spotted shooting in the Titanic Quarter of the city, with Battlestar Galactica’s Sergio Mimica-Gezzan on board as director.

However, a spokesman for the company behind the multi-billion dollar sci-fi video game franchise confirmed filming was now under way.

He said: “343 Industries, Xbox Entertainment Studios and Scott Free Productions are currently working on a Halo digital feature project to be released later this year.

“The project will be executive produced by Ridley Scott and Scott Free TV president, David Zucker. Sergio Mimica-Gezzan will direct.”

Northern Ireland Screen confirmed it was funding the project.

It is understood filming took place recently at the Titanic Centre and atBelfast‘s urban sports park, T13. Sources said a massive production was under way.

Details of the project have been closely guarded to date, but according to reports, Prison Break creator Paul Scheuring has written the script while online news organisation The Wrap claims The Good Wife’s Mike Colter is to star in the project.

The Halo digital feature is a different project from the television series thatSteven Spielberg is working on for Xbox One.

More details about the film, including additional cast, are due to be announced next month.

While the Scott and Spielberg projects are completely separate, Mimica-Gezzan has previously collaborated with the latter, having worked as first assistant director on Schindler’s List and Saving Private Ryan.

English film-maker Scott, meanwhile, has worked on numerous movies including Gladiator, Black Hawk Down and Kingdom Of Heaven as well as sci-fi classics Alien, Blade Runner and Prometheus. Halo is set during an interstellar war between humanity and The Covenant, an alien alliance that threatens mankind’s existence.