Room is haunting, powerful film that explores trauma and the aftermath of it in achingly sincere detail, all the while anchored by performances of two truly great actors and their emotional commitment.

Room is a hard film to watch. It’s a hard film to write about as well. On the one hand, it’s an achingly beautiful piece of cinema with some of the most emotive, genuine performances I’ve seen in a while. On the other, it’s a film that will wrench at your gut, tug at your heart and challenge you to try not to cry. Harrowing was the description given to me before I saw it and I have to agree. I am torn in reviewing it because I want people to see it, because it is truly superb, but I also feel the need to warn anyone going to see it that it will not be a pleasant ride. Maybe that speaks as testament to the film’s strength though, the fact that it can inspire such division. So let this serve first as both inspiration and warning. Room is an excellent film but it will hurt you to watch it. And in as lot of ways that’s what makes it so excellent.

Based on the novel by Emma Donoghue (who also wrote the screenplay), Room tells the story of a woman (Joy, played by Brie Larson) who has been held captive for seven years and her five year old son (Jack, portrayed by Jacob Tremblay). Beginning with the portrayal of this grim imprisonment, the film moves on to show the pair escape and attempt to put their lives together in a world that, for them, is unfamiliar. For Joy, it is a world that has moved on around her. For Jack, it is a world he has never known. For both of them, it is an environment that is alien in landscape, both physically and emotionally.

This is a landscape that Larson and Tremblay explore wonderfully. I have never seen a child actor perform so well as Tremblay and the controversy over him not receiving an Oscar nomination makes a hell of a lot of sense having seen what he does in the film. This is not your typical child actor performance in which they are simply annoying, precocious or tacked on to provide a bit of visual motivation for our real, adult characters. Instead, Tremblay, as Jack, serves as much as a primary character as Larson and, in fact, dominates the screen time, his journey being our primary observation of the way in which these two characters adapt to their freedom. All of the character arcs within Room are superbly genuine, the emotions achingly real. Cinema often relies on melodrama to make us feel in a scene, going big in order to try and drag out a big response. Room refuses to do so, instead digging deep, playing on emotional chords that are consistently understandable and convincingly relatable. 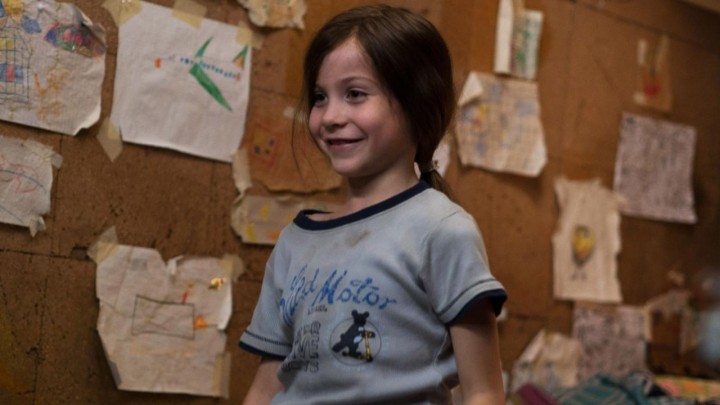 This is in no small part due to the fact that every actor in the film gives it their all. From the anchoring, painfully heartfelt work of Brie Larson and Jacob Tremblay to the smaller, but no less committed, parts played by Joan Allen, William H. Macy and Sean Bridgers (as Joy’s parents and her stepfather respectively), Room is a film that draws out the best from its cast and has them work the audience hard. This is a film that is unrepentant about bringing the viewer to the brink of tears, providing some respite, some glimpse of hope, and then once more hitting you with tough reality. There is some peace to be found by the end but the journey there is one that the cast, guided by director Lenny Abrahamson, makes sure to draw out, to transform it into a piece of truly emotionally confrontational art. Room is many things, but a film to be emotionally detached from is not one of them.

The narrative itself is simple enough but well served by its cast and crew. The journey we are taken along is one that is more about gradual evolution than set piece moments. There certainly are what could be described as set pieces (the tension of Jacob’s escape and the shock of Joy’s suicide attempt stand out) but the film is more concerned with the connective tissue between these pieces, with the whys and wherefores of how the characters come to be there. And once again, what this tissue is primarily rooted in is a sense of realness, of genuine, believable transitions and progressions. Room is determined to make sure that there is not a moment in the film that takes you out of the flow of the narrative, no false notes to distract you. 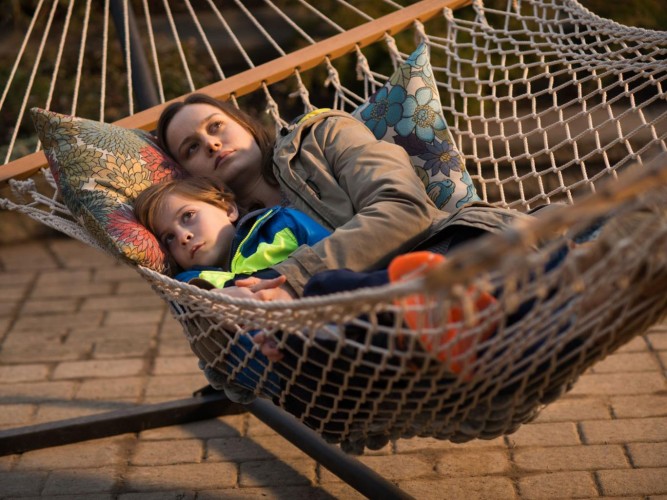 I nearly cried twice during Room. Importantly however, it was not during any melange of misery and tragedy but instead during moments of joy. And therein lies the true beauty of the film. It is a hard film to watch and it is one that is emotionally taut and demanding of the viewer. It is not a film to watch casually or to detach from, it is a piece of emotional art, reliant as much on how we respond to it as what it displays. There are large segments of darkness in the film, the narrative leaning hard into the struggle the characters go through and the turmoil they experience, but amongst this are profound moments of joy. Of all things, Room understands family in a way that is superb for its pure simplicity. There is a moment where Joy apologises to Jack for not being a good enough Ma. His response? “But you’re still Ma.” No matter the pain and the hardship, what carries the film through to the finish is the fact, right in front of you, is a love that is wonderfully real.

I could not pinpoint a moment in the film where it falls false. Its strength is in its sincerity and its devotion to bringing you along with a narrative that is not the most comfortable to observe. Ultimately, Room is a film that is hard to watch but, for that difficulty, is all the more rewarding.