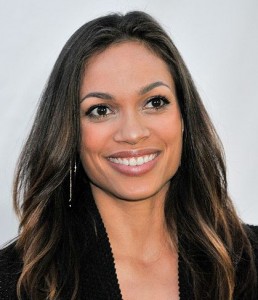 Rosario Dawson (Clerks 2, Sin City: A Dame To Kill For, Death Proof), has just been announced by Marvel and Netflix as the latest cast member of their original TV series ‘Daredevil‘. She will join up with Charlie Cox (Boardwalk Empire) and Vincent D’Onofrio (Law & Order, Jurassic World) who will be playing Matt Murdock and The Kingpin respectively.

According to Marvels press release Dawson will play ‘a dedicated young woman whose quest to heal the wounds of Hell’s Kitchen brings Matt Murdock unexpectedly crashing into her life, while her own journey forever alters the course of his battle against the injustices of this broken city.‘ Speculation is already rife as to who she may be playing, with nerdbastards.com believing she could play Electra, whilst ComingSoon.net believe the press release speaks more towards the possibility of the ‘Night Nurse‘ playing a part in the upcoming TV series. 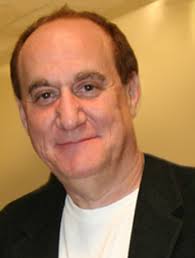 Jeph Loeb, Marvel’s Head of Television had nothing but good things to say about the actress. “Rosario Dawson is one of the most charismatic, talented and powerful actresses in Hollywood, so she was always at the top of our list for ‘Marvel’s Daredevil,’ he went on to say, ‘her role in the series is absolutely critical to Matt Murdock’s journey to become the hero we know as Daredevil.’ 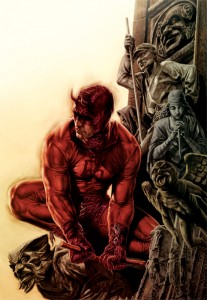 For those who don’t know the TV series ‘Daredevil’ will be coming to Netflix as an original series in 2015 through the efforts of ‘Marvel Studios’. Daredevil is the story of Matt Murdock who as a child was rendered blind but developed extraordinary senses. By day he fights injustice as a lawyer, and by night as the super hero Daredevil in modern day Hell’s Kitchen, New York.

As an aspiring journalist I have found a home here at geek-pride, where I can write upon many subjects. If anybody has something they believe should be reviewed or newsworthy then feel free to send me a message, I always enjoy talking to people.
More Goodness
Boardwalk EmpirebreakingCharlie Cox