Too much exposition, too many cliches.

For the fans of Cassandra Clare’s book series The Mortal Instruments, last week couldn’t roll around sooner. The much anticipated release of the TV series based on the first novel: City of Bones finally had its premier. After the box-office flop that the movie turned out to be, any sequels were quickly shelved, but a TV show was commissioned, to the great surprise of some and to the shock of most.

The TV show does alter quite a few elements from the book, completely ignoring the movie (I imagine that is due to it being so bad it won’t ever be good) and struggles to breathe in new life into it. To varying degrees of success. Since the series is a separate entity from the book – or at least we were encouraged to look at it as such – I won’t pick apart the TV show/book differences. For the most part.

If you are unfamiliar with the books, this is a brief synopsis: A race called the Nephilim, carrying the blood of angel Raziel is struggling to protect the world from demons, vampires, werewolves and all kinds of other Downworlders, while keeping the Mundanes in the dark. That’s us, by the way. Their mission is made more difficult by dissidents within their own group with plots of their own.

If the plot feels familiar, it’s probably because it’s not the most original story you will find out there, but as books it’s a nice way of passing time.

And now back to the TV series. **SPOILERS BELOW** 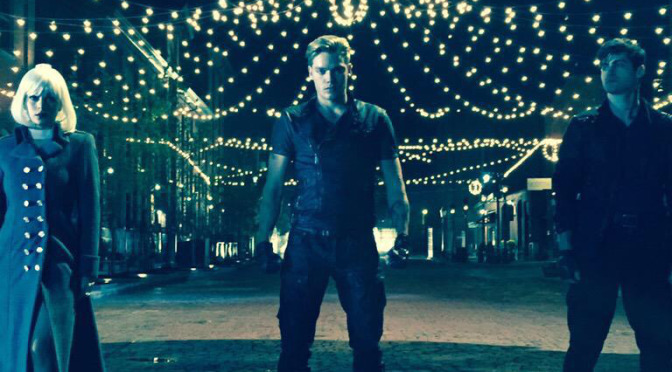 Taking it as a separate entity, as I mentioned before, is expected from new fans and old ones alike. Why, I wonder, since even though the first episode consists of mostly exposition, it still gives little information that is actually useful for someone who has had no contact with this particular world before? Much like the main character – 18 year old Clary Fray – who finds herself thrown into the unknown, we’re being fed a ton of information that holds zero significance without a dictionary available and/or the book that the episodes are based on handy.

Clary Fray (Katherine McNamarra) is a girl that on her birthday finds out she’s not exactly human. Instead she has Shadowhunter blood, making her one of the half-angels/half-humans that are supposed to protect the world from evil. This would sound like a wonderful start to an adventure, if perhaps the execution and the acting were a little better. I can’t remember ever seeing Katherine McNamarra in anything before, maybe she is a wonderful actress when given a better scrip, but this time around she seemed to barely carry her own weight. I was convinced some big chunks of footage were missing from the episodes, since she was a wreck one moment and a badass Shadowhunter the next, only to revert to a nervous wreck. The cycle continued until it was nearly unbearable. I will however try to abide by my own rule: Never judge a show by its pilot. Considering how little time they had for anything other than the endless stream of exposition, her lack of a proper delivery might be excused.

She is joined in her adventures by a group of Shadowhunters who have grown up into the world she only enters and she is accepted immediately by the aloof, bad-boy hero Jace Wayland (Dominic Sherwood). I really wish I had that sarcasm font ready. While the character is canonically aloof and sarcastic, his almost immediate transformation into her protector and, dare I say it, love interest is a little harder to swallow. Especially since the characters have been aged up a little and that head-over-heels was better suited to a 16 year old. (And it wasn’t quite like that in the book, just saying.) 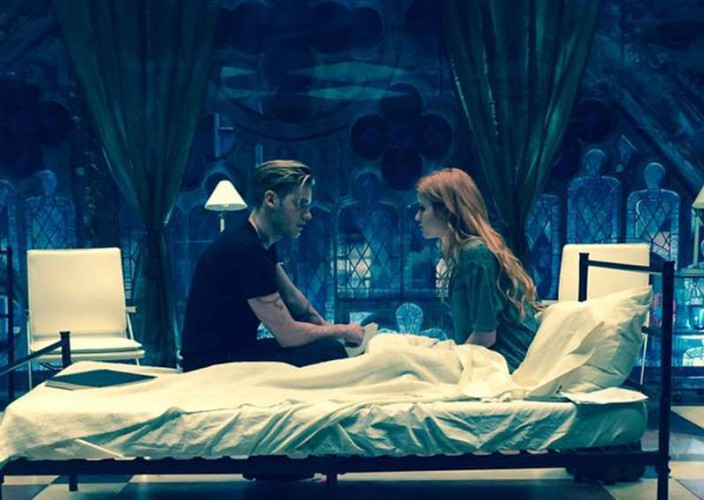 The voice of reason, Alec Lightwood (Matthew Daddario) was my favourite character in the book, not so much in the movie, but definitely he was redeemed in the series. Daddario was pitch perfect as the eldest Lightwood sibling, with enough snark to make up for some of the show’s lacks. Quite possibly the only bright spot in the first two aired episodes, with the exception of Isabelle Lightwood played by Emeraude Touba and Simon Lewis played by Alberto Rosende.

Luke (Isaiah Mustafa), a very important character in the books has undergone two transformation, unlike in the movie he is now black and…a cop?! I am unsure as to why the change was made, past the justification that he could move freely around the city and check out on what the Downworlders do to Mundanes as a cop, more so than as  book store owner, but it’s still a little jarring. It’s not like he went from selling computers to fixing them. Still, it might work in the long run, but, unlike a more or less solitary job as a book owner he now comes with an entire police station, filled with partners, co-workers and many more that can figure out his secret. Especially if he flashes his eyes around carelessly as he did in episode 1. So far he is less than impressive, his side-story being relatively poorly handled. I am sure if someone notices the house of their love interest destroyed and their daughter missing they might be given something to do. Maybe he’s doing it off screen, since the focus, which was relatively split in the first episode fell almost entirely on Clary in episode 2, leaving us wondering what the hell is going on with everybody else. The books were written from the narrator’s point of view, in this case Clary, but this is a TV show, hopefully they’ll remember that.

I would say something about Clary’s parents, Valentine, the established villain and Jocelyn, the strong woman that protected her child and the world for 18 years, but they were so poorly handled (that seems like it will be a running theme with this show) that they left no lasting impression. They were there, they showed up, they faded from my mind as quickly as their scenes ended. Harry Shum, who plays the beloved Magnus Bane was given little to do, but one can only hope. The second recurring theme with this show – hope that it will be better. 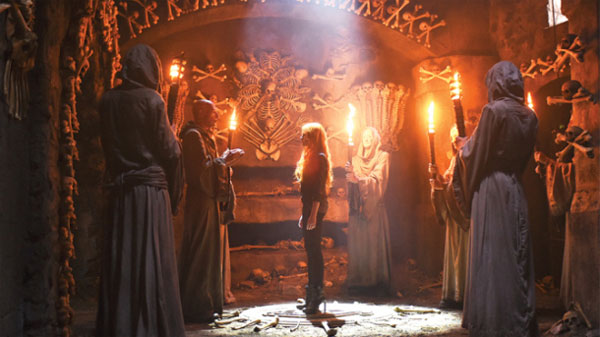 Setting aside the actors and the lack of chemistry between the show’s main couple, let’s see why Shadowhunters failed to deliver what so many fans expected. For one, it looked like it was made sometimes in the ’90s. Early ’90s. The CGI was so bad I thought I was watching an episode of Charmed, way back in the early days. Actually…I think those might have been better. Combine it with the acting of someone who seems to be unsure of how the CGI will eventually look and you get someone going through a portal like they are being taken up to the mothership. The demons were equally unimpressive, resembling bad Halloween costumes more than beings from a Hell dimension.

It’s also riddled with cliches, from corny lines delivered with more seriousness than they deserved, to scenes that are jarring in their level of narm. Hero discovers she is special? An artifact that can make or break the world? Check and check. A hidden base for the villain set in Chernobyl? Check. An ”I am your father” moment? Check.

Albeit, it’s delivered in a different manner, but the sentiment remains. Love at first sight? Check. Oddly enough the romance between the two main characters, something that features heavily in the book, is developed at a steadier pace in writing. I know they only have 12 episodes to prove they can redeem themselves for a really, really bad movie, but they might be going at it the wrong way.

The list could go on and on and on, but I won’t bore you with it.

For now it feels like the show is trying to make up for its faults by throwing in random information, switching up characters motivations and pointing out to people’s chiselled chests (a lot) as a distraction (I’m looking at you Hodge Starkweather), but I am not sure how long that trick will work. I enjoy pretty faces as much as the next person, I am a shallow creature, after all, but not even I can set aside my personal qualms with the show’s lack of soul. The cast seems to have  a lot of chemistry off screen, so maybe it’s just the first two episodes that are a little clunky? Maybe? Fingers crossed?!

I am not sure the trailer will convince you to watch the show, but take a look and if you have seen the show and enjoyed it, feel free to politely prove me wrong.

What's there to say about me? I love the sci-fi and fantasy genre when I read, but I am in no way limited to that alone. I do think Frank Herbert deserves a statue for his writing(if there is one, point me in that direction, please). I enjoy writing quite a lot, but I am also kinda lazy. If you want to make me happy give me books or Doctor Who collectibles. Or a real TARDIS, in which case I will love you forever.
More Goodness
alec lightwoodcassandra clareisabelle lightwood