by Cristina Bogdan on 15/01/2014
Details
GenreActionComedyDramaThriller

Something was a bit off...

I loved it, but at the same time I was oddly saddened by it.

As far as hiatuses go (or pauses between seasons), Sherlock pretty much topped every other show out there, given that for two years it left its fans to speculate, to come up with theories, one weirder than the other, and of course, to write fan-fiction until their fingertips bled. 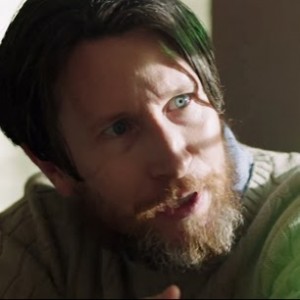 Leader of all theories

Nothing wrong with any of these, but imagine how everyone felt in anticipation of the new episodes. Did you ever try to open a bottle of any fizzy drink after you shook it for a minute? Yeah? I’m sure you get the picture. Twitter, Facebook, Tumblr, they all exploded as trailers were slowly shared with the world, each precious minute treated like it was “the one ring”. Except unlike said golden band, it wasn’t caressed and held closely, but rather it was analyzed until there wasn’t a single pixel left unturned. Again, nothing wrong with that. Admittedly, I am much tamer and I never noticed (or assumed) that the parted hair on one side as opposed to the other, or a random red stripe on someone’s pants, could both signify a death omen, so I cannot speak for those that did.

Three weeks ago Sherlock returned and…it was quite trippy. It was almost as if I fell through the looking glass and nothing was the same. 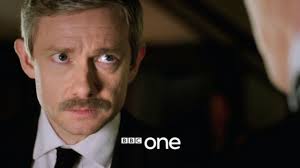 Just look at that porn-stache.

Of course, two years had passed and everyone was different, I am aware how time affects people, yet for a lot of the first episode I was left wondering if I was watching the same show. Sherlock was running around like a little bunny hopped-up on energy drinks, Watson had a porn-stache (thank God that’s gone!) and no one seemed to make any sense. For a while I even theorised that Sherlock was much like a Phoenix, rising from his own ashes, with a brand new set of rules in tow to explain his odd behaviour, but then I began questioning whether or not Steven Moffat had spent maybe just a little too long writing Doctor Who. All that Sherlock was missing was the bow-tie. Maybe a fez? While quirky in its own right, Sherlock reminded me of Matt Smith, running around, slapping himself, suddenly prone to bouts of childish behaviour that (while apparent in the previous seasons as well) were so exacerbated that instead of making Sherlock likable just made me want to slap him silly.

But let’s rewind a little. A couple of years ago, Sherlock took a swan dive and we were left wondering (but not quite, since they did speak of a third season) if he was alive or not. The episode was emotional, heartbreaking and generally the type of thing that pushes fans towards launching theories, some as wild as Anderson’s guesses. The reasons for the long wait were obvious – Martin Freeman was doing The Hobbit and Benedict Cumberbatch was practicing his dragon moves for the same film. So the wait began. It was long, it was peppered with speculation concerning what we would get once the show returned. Was it going to be amazing? Would it lose its shine after all this time? Was everyone still available? The list could go on forever. And then it finally returned, we all took a deep breath and sunk…into an energy drink that kept us wired and entertained, but at least for me didn’t work as well as the more sedate pacing they had set before. The subtlety was somehow diluted so much, torn to shreds by everyone pointing out the obvious. I even made sure to watch the other seasons before I started writing this, just to make sure I am not forgetting something important, like that time when Sherlock slapped himself and ran around, screaming like a lunatic in any other episode. Nope.

Don’t get me wrong, I loved it. Everyone was still stellar, their acting was brilliant (I might have shed a tear or two at Sherlock’s wedding speech), but…it almost seemed like they were playing someone else and not who they should’ve played, like they were all wearing a coat that was too big or too small. providing warmth, but never looking the way it should. Some scenes were fantastic, only for them to then be ruined by a following shot that crippled whatever momentum they had already built.

I’m not saying I guessed the plots, I’m not saying I solved the crime before Sherlock, I’m really not that good, but even so, it felt like they were just being lazy, banking on the fact that everyone waited so long, for anyone to notice the flaws in the design.  At the same time it felt as though I was really high on some amazing, Alice in Wonderland drugs, because the whole thing was crazy. Quick cuts between scenes, shifts of perspective and of dialogue, so abrupt that you had to pay attention to every gesture to make sure you got it right.  This wasn’t just episode one, it continued steadily throughout the second and third episode, putting everyone out of character and making use of the passage of time as though it didn’t matter. Months, years, how long has it been between episodes? How long has it been between scenes? I guess we could look at Mary’s stomach and determine that, but…why?

The one thing that did upset me more than anything, however, was the way everyone just pointed (in the last episode) that Watson basically brought all of his misery onto himself. Yes. Clearly. When you’re attracted to danger, you make sure to somehow place yourself in the path of a beautiful, smart and funny woman, because your inner psychopath radar can sense that underneath all the veneer, she’s just a killer. They took yet another character and turned him on his head, to create unnecessary drama. Other than getting people to stare at the screen for a few moments, pondering (or yelling out, really) “WHAT?!?” it achieved nothing. (And did I mentioned they have a stellar cast that’s severely underused?!) 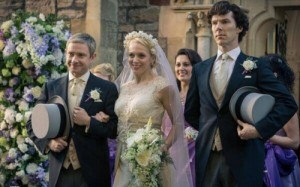 I understand that the point was to show just how much Sherlock loves Watson, that he would risk his freedom to help his wife (who incidentally had shot him), but was there no other way? Shock value carries only so far, when other alternatives are available. The fact that Sherlock’s trademark (at least for this show) aloofness was turned into him being just another child, in need of mummy-Mary and daddy-John to hold his hand, didn’t sit well with me either.

I get that giving the fans what they want is paramount if you want to stay relevant in this business, but did they just perused through various fanfics on whatever archive was available and picked the most convenient plots? Well, Moriarty and Sherlock nearly kissed, Sherlock had a girlfriend and acted human for a while, Watson’s PTSD (conveniently forgotten for two seasons made a brief appearance), I think all we were missing was Mycroft and Lestrade running into each other and shaking hands to please all corners of the fandom. Or, you know, they could’ve killed Mary and 90% of the cast to appease that other part of the fandom we never speak of, unless we’re doing so in hushed tones, out of earshot.

Once more, I’m really not picking on anyone’s acting. It was amazing. Each gesture, each word so carefully crafted that it pulled at our heartstrings, I’m sure of it, particularly in episode two. Yet something was off, with the entire season. I can’t put my finger on it, you know, ignoring all that I wrote before. I loved it, but at the same time I was oddly saddened by it. It was like a comet you really want to enjoy, but you can’t, because it’s flying by so fast you missed it when you blinked.

*This is entirely my opinion. If you disagree, please, do so politely, telling me why you think you’re right. That’s why the comment section is there.

What's there to say about me? I love the sci-fi and fantasy genre when I read, but I am in no way limited to that alone. I do think Frank Herbert deserves a statue for his writing(if there is one, point me in that direction, please). I enjoy writing quite a lot, but I am also kinda lazy. If you want to make me happy give me books or Doctor Who collectibles. Or a real TARDIS, in which case I will love you forever.
More Goodness
BBCBenedict Cumberbatchbreaking