previous
First trailer for NBC's Constantine appears and it's pretty damn good.
random
next
First Image of Affleck's Batman and the Batmobile!
Film and TV
0 likes 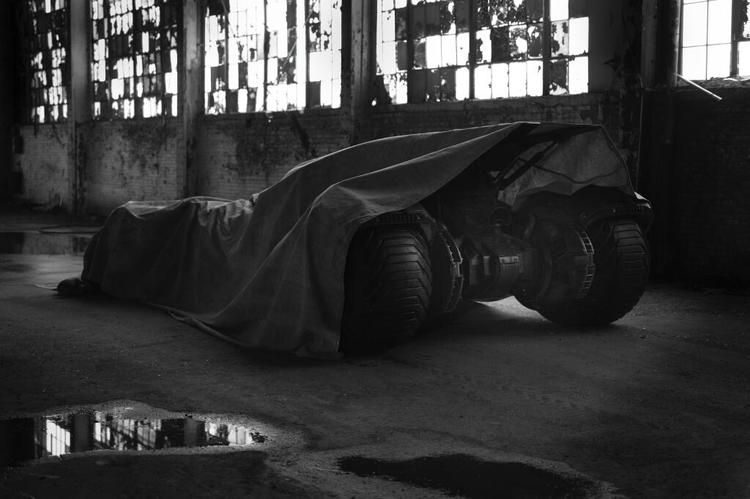 Let the teasing commence! Director Zack Synder has released this picture via his twitter account – the Batmobile Affleck’s Batman will be driving in Batman vs. Superman –  that’s a lot of Bat in one sentence. Granted it is just a sneaky peek but intriguingly it was released with this caption…

“Could be time to pull the tarp…Tomorrow?”

Certainly suggesting there will be more to come because quite frankly we’ve been waiting like forever. The first real insight in to the film we’ve had and there is very little to say about it, from what we can see looks cool, which goes without saying because it’s Batman’s car, of course it’s looks cool. Fingers crossed for a full reveal tomorrow.

Editor and occasional writer for Geek Pride! I prefer Star Trek over Star Wars, collect comics and wish I could be a superhero one day. I tabletop RPG as well as a little gaming, design the odd t-shirt now and again, update my Geek Parenting Tumblr and when I have cash to spend (which is rare) I scour the internet for Wonder Woman collectables. Also Doctor Who and Firefly rock!!
More Goodness
Batmanbatman vs supermanbatmobile