Strong performances from whole ensemble
Powerful narrative
Well paced, allows the story to build in its own time rather than rushing to easy drama

A powerful narrative and one that is well told, Spotlight allows both story and cast to shine. And although it feels at times that some of the characters could do with a little more screen time, each of the ensemble gets a fair shot at playing their part in a narrative that knows just how to take its time.

Spotlight is a film of quiet power. Aside from one justifiably outraged outburst from Mark Ruffalo (portraying Mike Rezendes), it is a film that does not allow it’s message to become mired in rage or compromised by overshadowing set pieces. It instead operates much as the investigation at the core of its narrative: with precision, with patience and with determination. Emotionally, it is a story that could easily revolve around high drama, big monologues a day prominent emoting. However, in a narrative that is primarily concerned with truth and the discovery of said truth, such drama would detract from the film’s power. Much like it’s core characters, Spotlight is smart enough to take its time to build it’s case, to take its time slowly and surely. In doing so, it is a film that establishes a distinctly classic feel, one that allows its narrative and cast to speak for themselves rather than resorting to the ease of spectacle. There is something about the way in which the story is allowed to develop at an organic pace, to really be talked through and allowed to breathe.

The fact that it does so is aided in no small part by a truly stellar cast, one that works impressively well as an ensemble. So many films, not unfairly so, revolve around a single core character, a star, who finds themselves surrounded by side characters. Even in deliberate ensemble films, it is not uncommon for one or two characters to take the lead, to steal the spotlight, for lack of a better term. Spotlight ensures this is not the case for itself by creating a true team dynamic, one that has to exist if the narrative wishes to make sense. The story follows the efforts of a journalistic team to uncover the truth behind what would reveal itself to be the widespread sex scandal covered up by the Catholic church, it would be nonsensical for us to follow simply one character and believe they got absolutely everything done themselves. Thus, we end up with a well established and well performed ensemble. True, certain characters gain more of the narrative weight than others, as will always happen and not necessarily for the ill, but overall, the film gives each character the chance to play their part in the bigger picture. 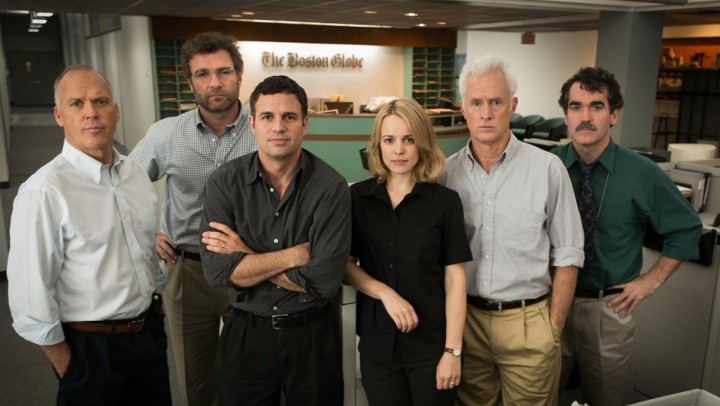 If I were to highlight a flaw with the film, it would however have to fall into this same area. An ensemble piece is a double-edged sword in that, as wonderful as it is to bring together a group of incredibly talented performers, as Spotlight does, you risk spreading yourself thin in trying to cover each and every one of them. It is a classic problem in film, and one that is most commonly seen when too many antagonists appear within a story. And while Spotlight certainly doesn’t completely fall to this issue, it must be said that characters such as Brian d’Arcy James’ Matt Carroll do feel like they could benefit from a little more screen time, just a little more meat on their part of the narrative. That said, it is understandable why they don’t necessarily get that time, not because of their performance (the performances are universally strong) but because ultimately, not everybody can be the “hero” of the narrative. The film must be commended however for trying its hardest to give each of the ensemble a fair shot at adding to the ultimate victory.

If there is to be a hero though, it is Mark Ruffalo. Michael Keaton is a persuasive leader and Rachel McAdams does some wonderful work investigating the victims of the abuse but it is Mark Ruffalo, as Mike Rezendes, who pursues the story with a passion that is tremendous in that it is exactly what you would expect someone to feel when placed upon the road of discovery that Rezendes is. The character’s aforementioned burst of anger is pivotal as the film’s “go loud” moment because it is the logical culmination of an outrage, of a passion that has been persuasively built throughout the story. It is Rezendes that is on the forefront of several of the investigation’s major reveals and it is Ruffalo’s commitment to the slow build that Spotlight employs across the board, that allows us to really follow along with the character, to believe in the course that he follows. Rezendes serves as another performance that convinces me that Mark Ruffalo is well and truly an actor worth his salt, one whose performance range goes well beyond that which most people will see him in. 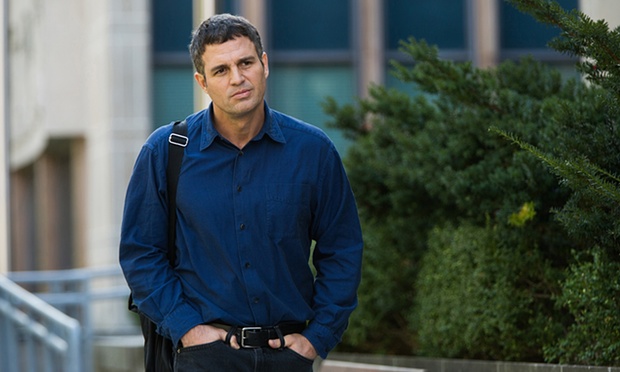 However, I am being remiss in limiting the rest of the cast as I have done so far. Ruffalo is, arguably, our nominal lead but the other key performers, notably McAdams and Keaton, do a damn fine job of attempting to convince you otherwise. What Spotlight does so wonderfully well is know exactly how to best utilise the resources available to it. Rather than constantly cramming each of the characters into the same space it allows them to branch out, to follow their own paths and to really perform. For a film that clocks over two hours and provides ample time to each of its performers, it is not one that feels overdrawn or flabby. Rather, it is taut, each scene giving you everything you need and no more, while simultaneously making sure that everything you need is distilled into its purest form and brought to light with the kind of precision that you can only get from the combination of a brilliant script (credit to writer Josh Singer and writer/director Tom McCarthy) and an outstanding cast.

As I said before, there is a feel of the classic about Spotlight, something about the way it paces itself, the way it moves mostly on dialogue and the discoveries that fuel said dialogue. There is an almost documentary approach to the narrative and an element to the investigate lens through which we see things that puts me in mind of films like All the President’s Men, stories that, in their concern for truth, ensure that the truth, and not any of the flash around it, is the primary vehicle for drama. Spotlight is a film that, given time, could well be deserving entry in to the archives of classic films and, if nothing else, is a film that should be paid attention to. The story it tells may not be new but the way in which it does so, and the strength of performance from all involved in doing so, means that this is a film that needs to be held up as a chronicle of our culture and that deserves to be praised as a way in which we enact said chronicling.